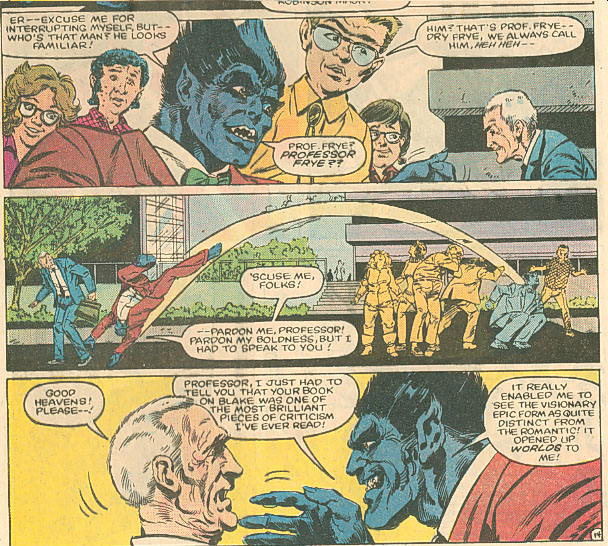 Now that The Defenders are basically an X-Men team the mutant hate storyline has to be a part of it.  So Beast is going around to college campuses.

Then, the team goes to San Francisco where they foil a drug deal.

At the end of issue #133, we see two shadowy figures: One is the classic “big rich guy sitting at a desk” who says that those pesky Defenders have humiliated him for the last time and sends the other silhouette, who we see next issue is Manslaughter, to go kill them.