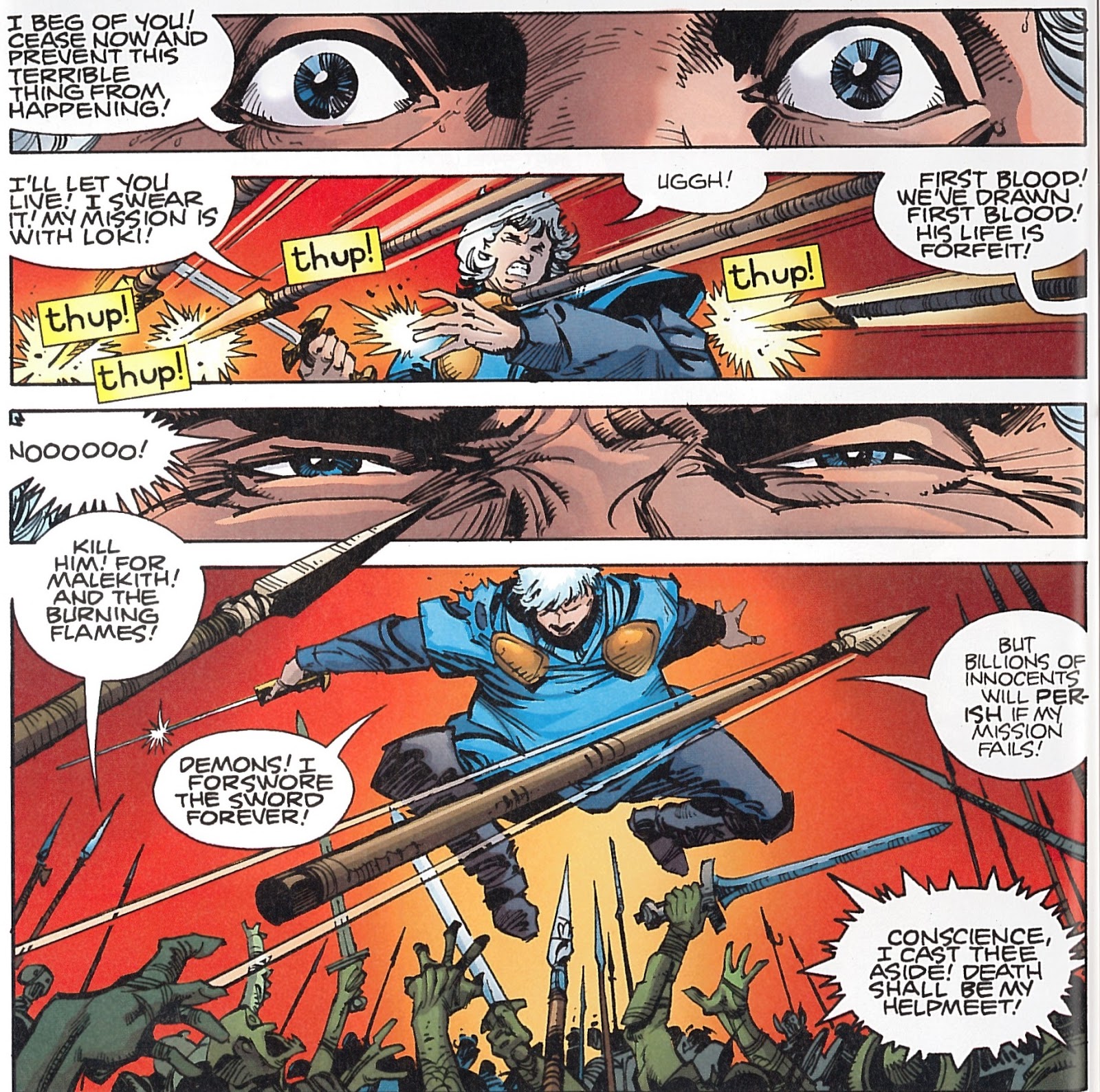 “Whatever happened to Balder the Brave?”

One of the things that made Walt Simonson’s run so special was how he developed the Asgardian pantheon.  In this issue, Balder the Brave travels across the nine realms to find Loki and deliver him a message from Odin.  When Loki tells Balder that he’s not interested in being with Odin anymore and has teamed up with Malekith of the Dark Elves, Balder literally beheads him.

Then, at the end of the tale, Loki simply puts his head back on… 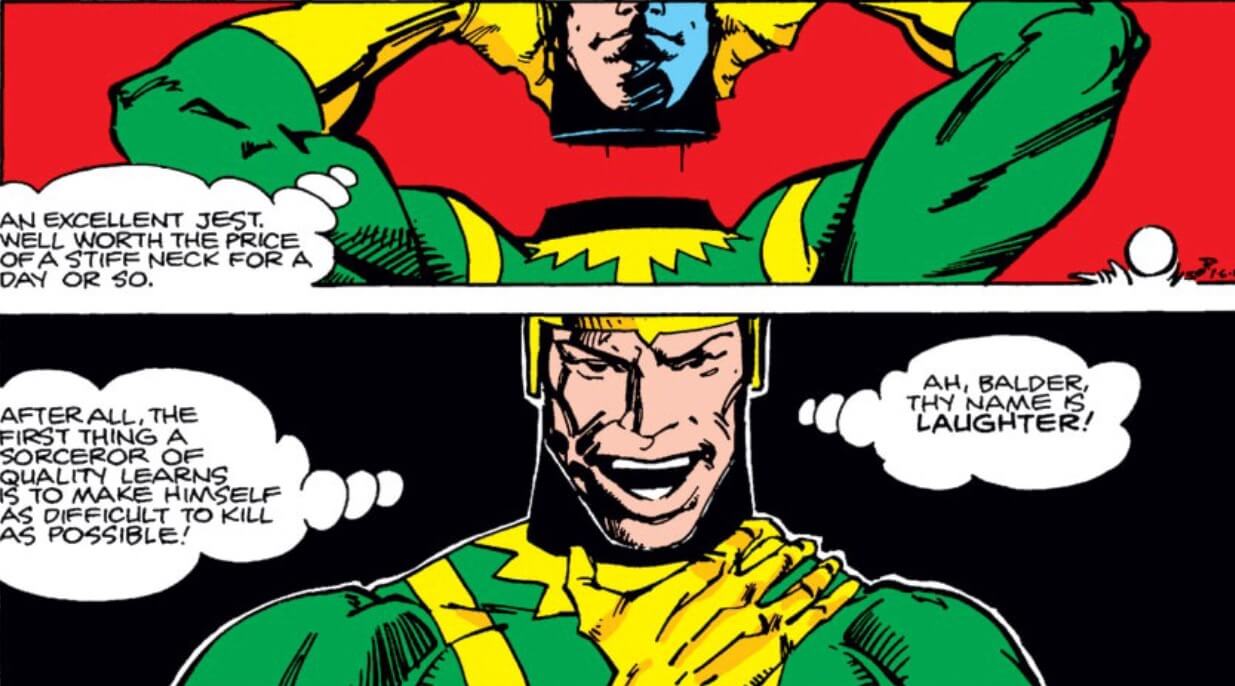 It’s kind of cool that Balder, who hasn’t been doing a whole lot lately, has gained a bunch of weight.

It’s funny, but it’s also kind of profound: In a world with so many empowered beings, it makes sense that unusual displays of power could mistakenly make someone think Thor’s not Thor but a different hero altogether!

This is the first appearance of Malekith, who will become a major player in Simonson’s run. 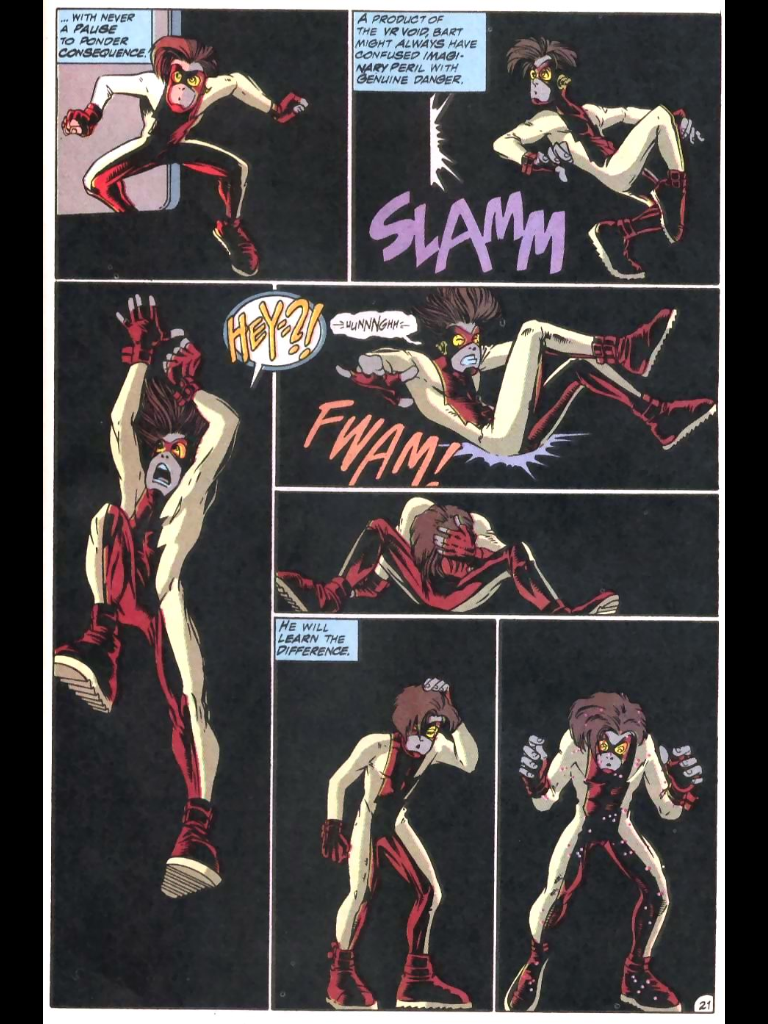 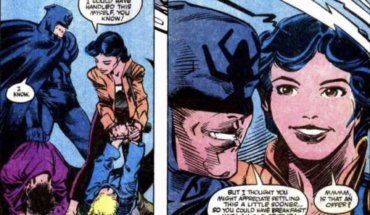