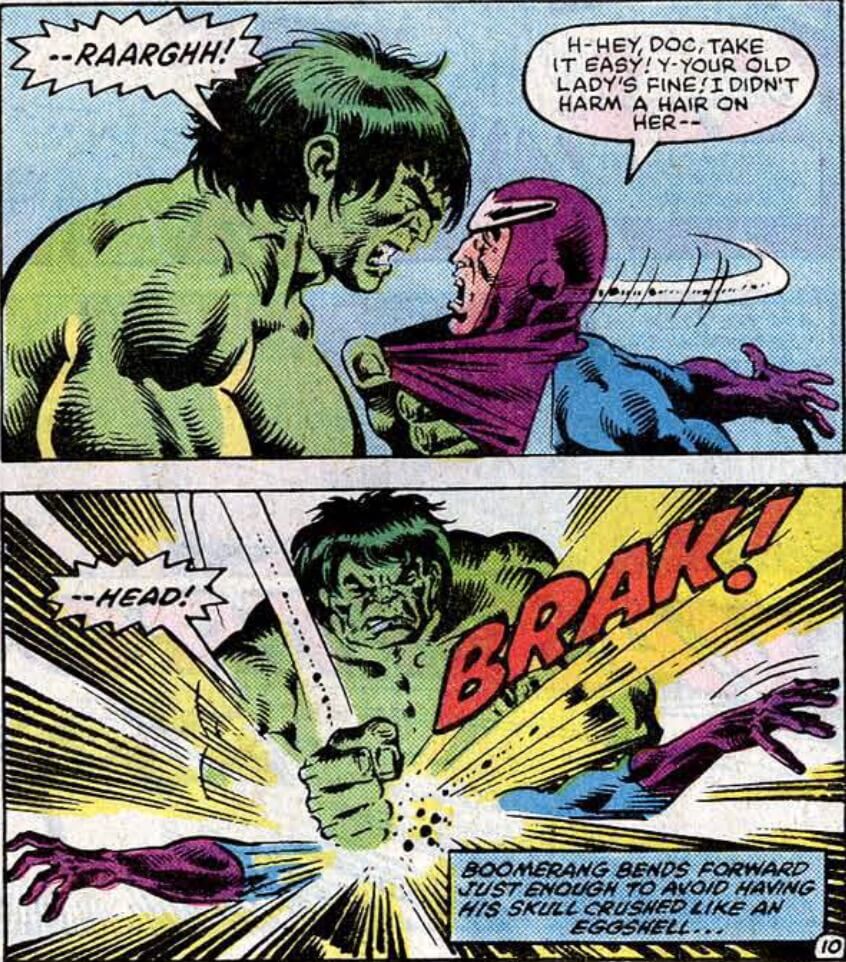 OK, here’s the plot: A former kingpin hires Boomerang to kidnap Betty Ross so he can blackmail Bruce Banner into curing him of cancer using Gamma Rays. The cure works so well (at first), that he exposes a ton of people to it. And everyone’s happy!

They all turn green and start going nuts.

Then, out of the blue, ROM shows up and cures them using his neutralizer.  Then he tries to cure Hulk and the crime kingpin, who are fighting.

So Hulk hit him. It sounds dumb, and I guess it is, but it’s a fun arc.

Not a fan of Boomerang having flying boots now, though. I mean, anyone can have flying boots. If you’re going to be called “Boomerang,” everything about you should relate to the gimmick. Boomerang “died” way, way back in Tales to Astonish #88, but here he’s still alive.  Oh, and it’s ridiculous that he can “roll” with a Hulk punch to the head.  Dude should be dead.  Again.

Also during this arc: Hulk goes and comes back from Secret Wars, returns with a broken leg and crutch, and quickly disposes of it.

Nice job of not letting an event ruin the continuity of a multi-issue story. 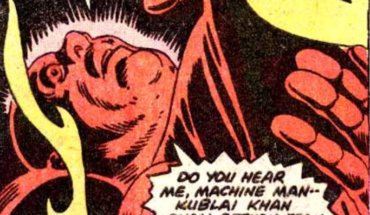 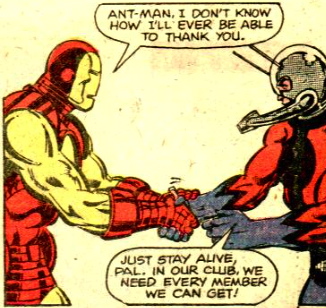