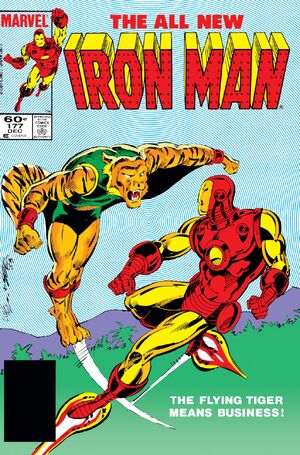 Having an enemy named after an animal in the Marvel Universe is nothing new, but one named after a European Cargo Airline? That’s just weird. But maybe having “Flying Tiger” appear in Iron Man helped Flying Tigers Airline when they negotiated their buyout from FedEx in 1988.

Anyway, Rhodey is trying to figure out what to do with his armor now that Stark International is kaput and Tony is homeless, so he consults with the Heroes for Hire about being a bodyguard and gets a job protecting a rich South American dude from a new villain named, yes, Flying Tiger.