On the plus side, Silver Samurai and Viper, the female Hydra leader, make appearances here, showing that Chris Claremont will continue the character work he did on them in Spider-Woman.  On the negative side, Team America are crowbarred into this story.

The villains show up at a T.A. stunt rally, and Samurai cuts Black Marauder’s bike in half.

We learned from the final issue of Team America that Black Marauder isn’t any one person–the team have an unconscious psychic “possession” ability and can give anyone they want the powers of the Marauder.  In this case, it’s New Mutant Danielle Moonstar. 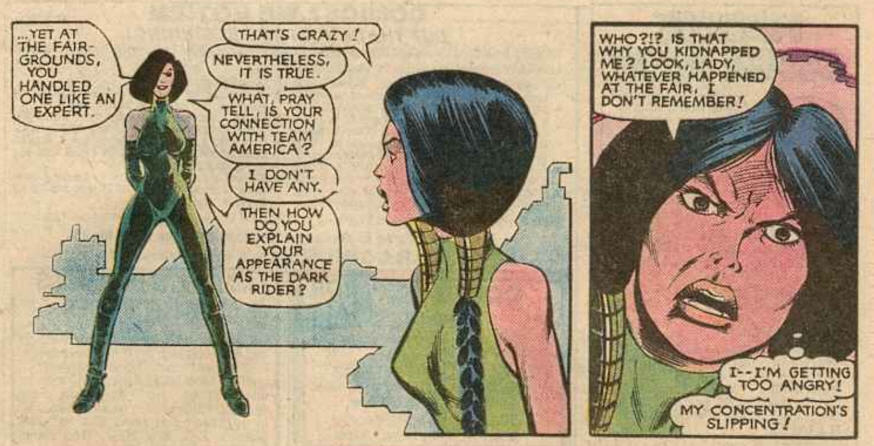 That gets Viper interested in her.  The two groups team up and save her.

On a much more interesting note, we heard of Legion a few issues ago and this issue we first learn that a psychic entity is messing with Karma. 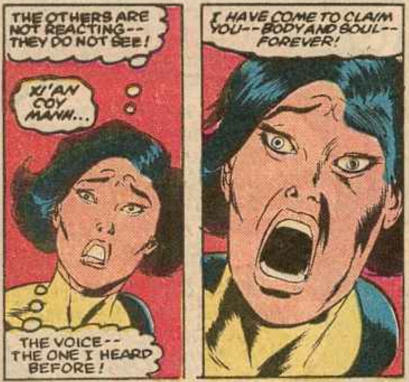 That being will be revealed as Shadow King. 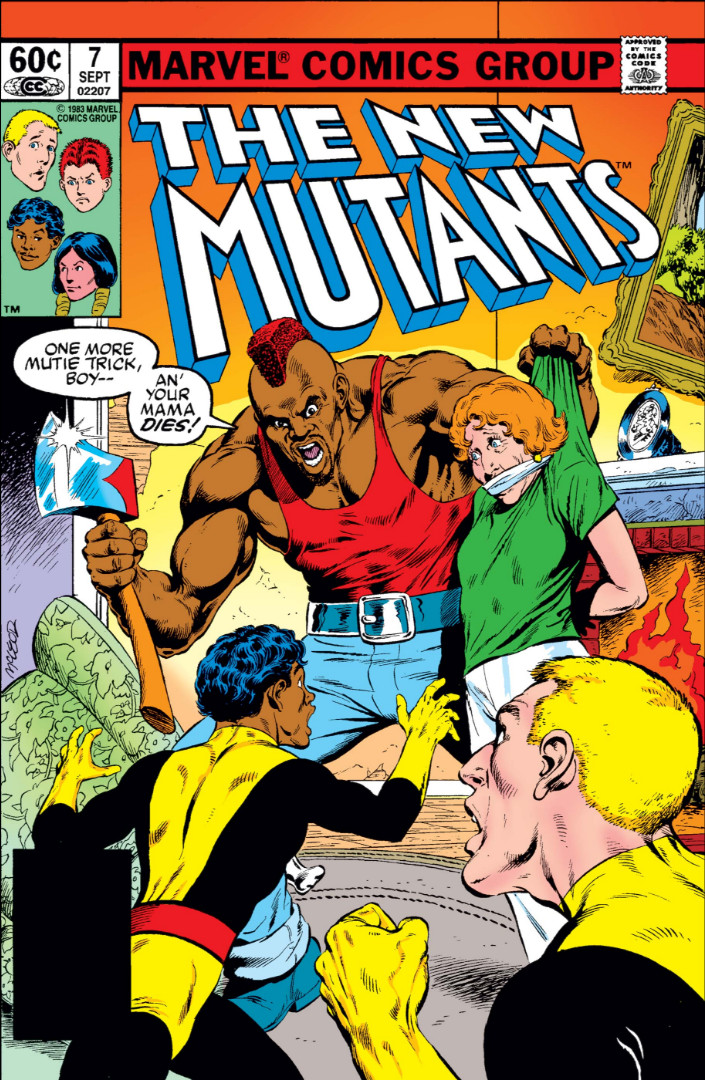 As with most Claremont stories, these issues are overstuffed with material.