The classic “Thing boxes for the future of the world” issue. While I can’t say this is a particularly “important” annual, it is a beloved one.  It introduces a new Elder, Champion, who pulls a whole bunch of “tough guys” into his cosmic boxing arena to prove he’s the most powerful dude in the universe. It starts out with this four armed alien a bowler gathering heroes.  It provides for some nice little moments with Doc Samson, Thor, Sasquatch and the like.  They’re all being assembled to face The Champion.

There’s a brief appearance of Vision and Scarlet Witch, but Champion decides against including Viz because he’s not human.  There’s also a brief appearance by Cyclops and Wolverine, who are in the audience and try to engage with Champion from the sidelines, but they fail.

Once assembled, the heroes meet their trainers…

Most of the heroes are disqualified for various reasons before they can even get in the ring with Champion.  Like Wonder Man just isn’t into it. 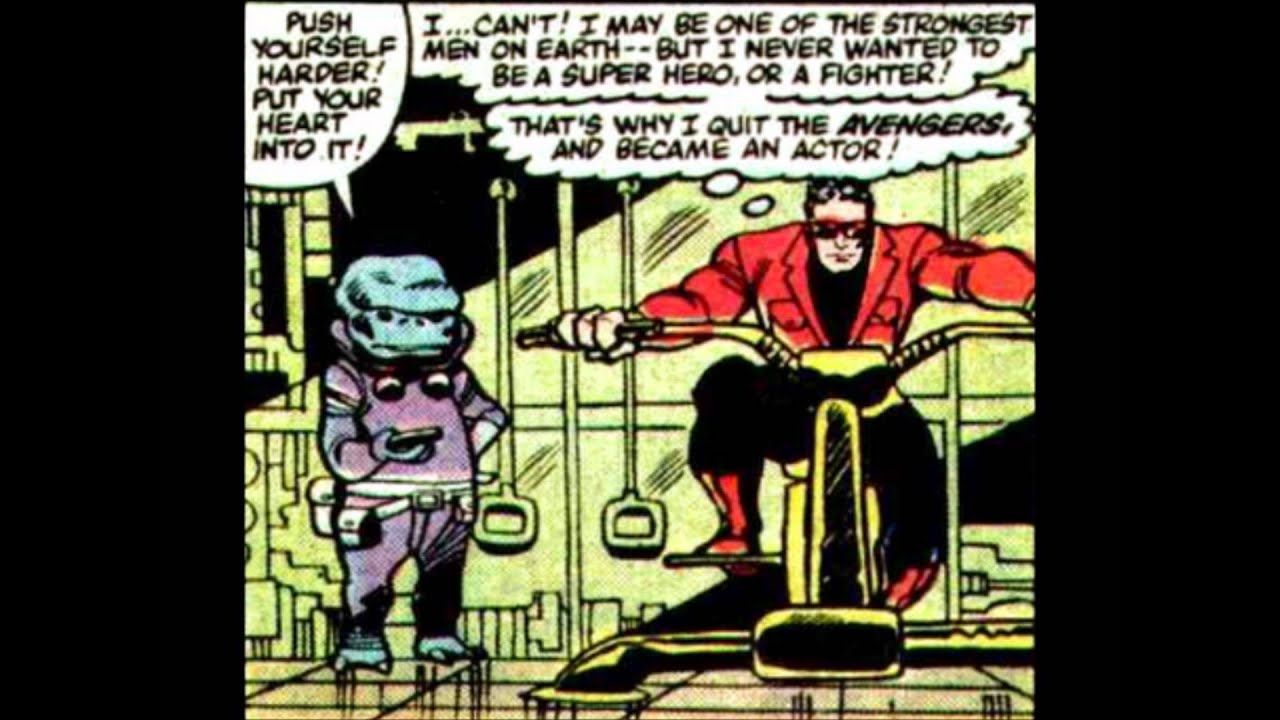 And Thor “cheats” by using his hammer.

Of course, we know he reverts back to Don Blake if he drops Mjolnir, but that doesn’t matter to Champion.

He does beat the crap out of Sasquatch (but who really would have given him any decent odds anyway) and Colossus, but Wonder Man gets disqualified for damaging the mat, Sub Mariner is rejected for being an egotistical jerk, Doc Samson gets taken out during the training round (odd, because he’s actually fought Hulk mano-a-mano), and as for Hulk…

So intellect is important, too?

Once it’s down to just Thing, the media has time to print magazines…

Which is strange because it all happens pretty fast.  Anyway, the cover of Time Magazine, above, is a tribute to one of the truly great covers in history, Avengers #221…

When the big match comes, it works.  It works really well.

It’s largely due to Ron Wilson’s great choreography, and his wonderful use of facial expressions on Thing….

Yes. This is one of the greatest team-ups of all time, without a doubt.