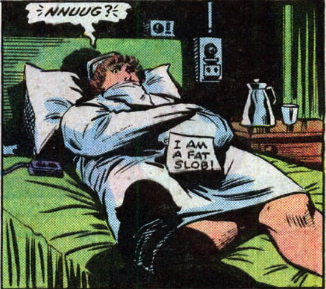 You can’t get away with stuff like this in today’s PC world.  But I loved this when it came out.  But if you’re offended by the fat joke, stick around.  It’s worth it.  The above is how Black Cat leaves her supervising nurse when she escapes from a hospital for the criminally insane. 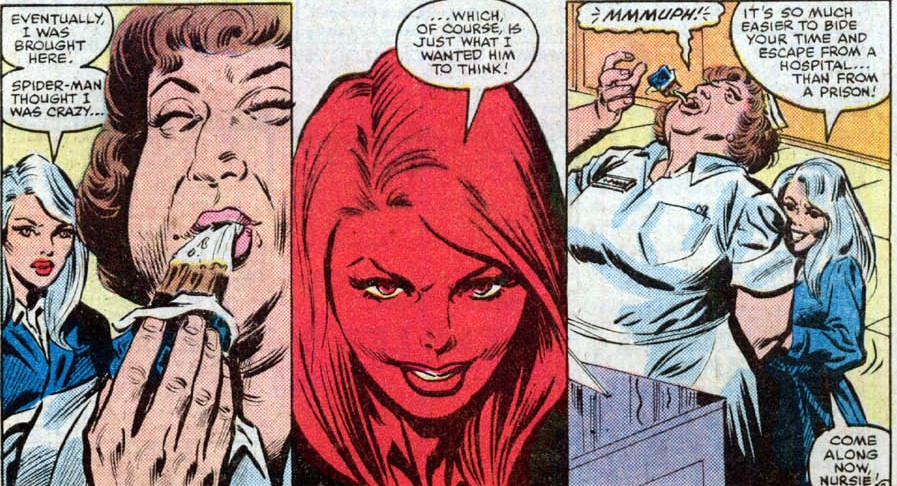 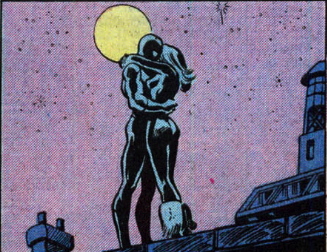 See, when you see the above three panels, it stops being a fat joke and gets kinda…Scary.  Black Cat is mean in these issues.  She’s mean and driven, and stalker-crazy in love with Spider-Man.

Heretofore, Black Cat was a fairly one-note character–not much more than Marvel’s version of Catwoman: A thief in latex with a feline fetish.  But here, she’s a desperate, unbalanced woman who sees Spider-Man as the cure for her loneliness and emptiness–and emptiness she fills with “stuff” that she steals.

For his part, Spider-Man seems to actually be falling for her.  She is a hot chick, but it’s a little odd to see him so vulnerable to her.  On the other hand, his love life has always been via Peter Parker, and now there’s a woman who is at least comparable to him in terms of physical power–so I guess I get it.

It’s also the first time we see Jean DeWolff in a real Spider-Man comic (before this, she appeared only in Marvel Team-Up), and there’s a costume party (Spider-Man is the Jawa, but of course Black Cat tries to make out with the fat guy in the Spidey suit). 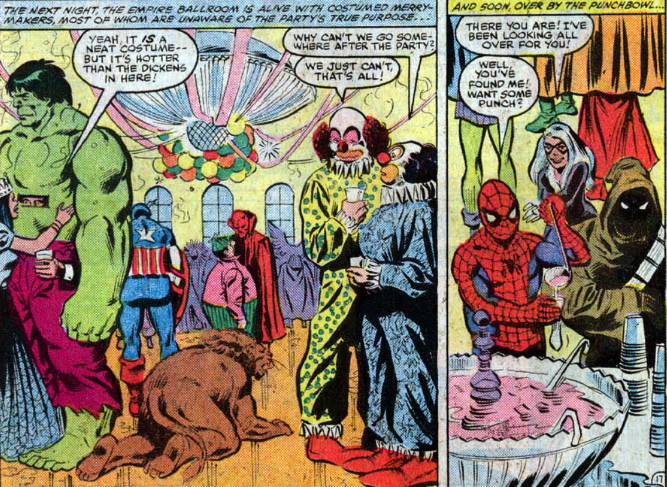 Creators: Stern and Romita Jr.
Grade: B+
For the complete history of the MU, year by year, go here.
And see my Ratings of Runs on comics here. 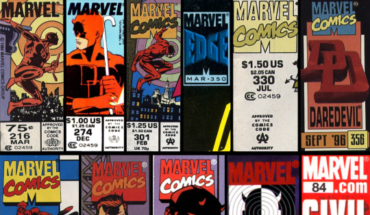 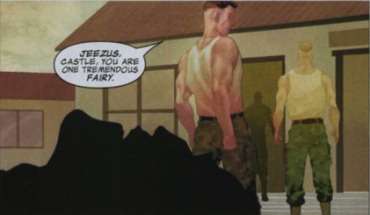