Last issue, Frankie dropped open her robe in front of Johnny Storm, and this issue, we see what she revealed: 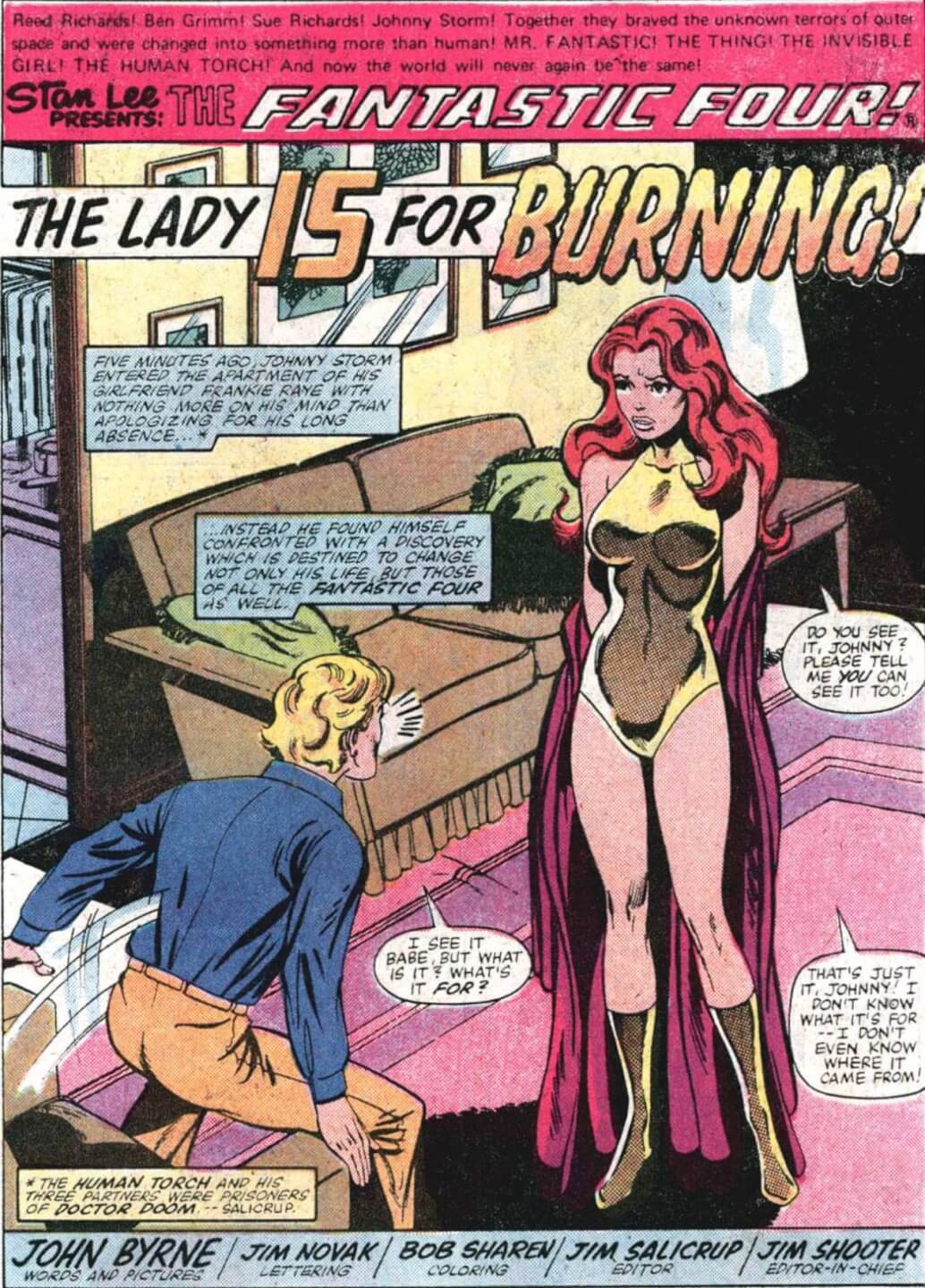 Pretty disappointing.  But then we see it’s magical: When she puts her clothes on, it disappears.  So, basically, it’s a chastity belt.  How did Johnny not know about this yet?  He must be a gentleman, not having sex until marriage.

Throughout the issue, Frankie’s backstory emerges: Her step daddy was the creator of the original, android Human Torch from WWII’s Invaders, and she had some Human Torch chemicals spilled on her as a young lady.  So… Where we once had no Human Torch because he was replaced by a H.E.R.B.I.E., we now have two!  And speaking of HERBIE, Reed Richards rebuilds him as a babysitter for Franklin.  (The last one got destroyed by Franklin’s accidental use of his powers.)  About twenty-five years later, this will enable the Calvin-and-Hobbes inspired “Franklin Richards—Son of a Genius” series by Chris Eliopoulis.  It’s a joyful all-ages series that, seriously, gets my highest recommendation.  Even if you’re not a kid, you’ll love it—particularly in the early issues.

Side note: In ROM #23, we see the H.E.R.B.I.E.s acting as a security force for the Baxter Building.  So was that story not in continuity?  Because there’s no mention of it here.

Anyway, as if introducing a new character (and a female at that!) and reintroducing (and repurposing) an old favorite were not enough, John Byrne also uses this issue to revise one of the original four… 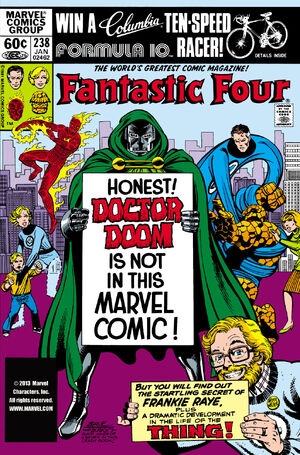 Reed Richards, in one of his wacky schemes to cure Ben Grimm of his rocky form, instead makes it all worse.

Thing transforms from Rocky to … Lumpy.

It’s a little strange to do this so soon after Marvel Two-in-One #82, where his form also changed, but it’s a good way to put his stamp on these issues—and to bring us back to Jack Kirby’s original design of the character (because this is how he appeared in the very early issues of the book).

A ton of stuff crammed into a single issue.  And on top of it all, Dr. Doom isn’t in the issue!

John Byrne’s appearance on the cover is, of course, supposed to remind you of how Stan and Jack used to appear in the FF from time to time.  Byrne keeps, consistently, going back to the tried and true basics of those first 100 issues of Fantastic Four, which were probably the best 100 issues of any comic, ever. 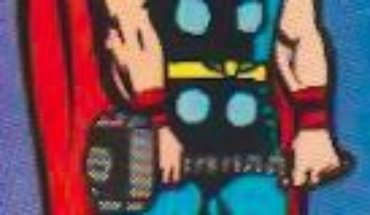