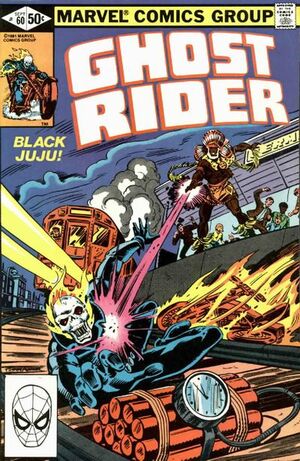 Ghost Rider is in Chicago and meets a black man with magical powers, and it’s not Brother Voodoo.  It’s Brother Joshua, Destroyer of Demons.  But he’s not called a “brother” because he’s black, it’s because he’s a preacher.

Even worse, the tagline for the issue is “Black juju!”

Marvel, this is awful.