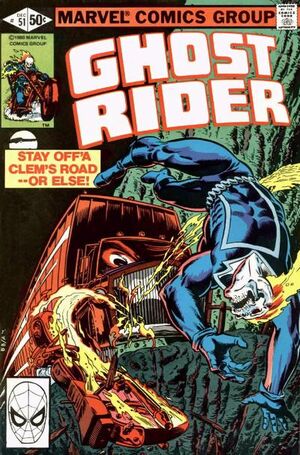 When I read this issue I immediately wondered what took so long to get here.  Ghost Rider was borne of the Evil Kinevil/motorcycle craze of the mid-1970s, which was followed by the late ‘70s/early ‘80s CB Truckdriver phase, so it was inevitable that GR would eventually fight a demon trucker.  In this case, it’s Clement–the ghost of a truck driver who was killed by a biker gang, and now he haunts a certain stretch of road looking for bikers to kill.  Ghost Rider helps put Clement’s spirit to rest by doing what he does best, and what he does best is vengeance.  He takes down the gang that killed old Clem, puts them inside the demon truck’s cargo bay, and Clement literally drives off into the sunset.

Creators: Michael Fleisher and Don Perlin
Grade: C
For the complete history of the MU, year by year, go here. 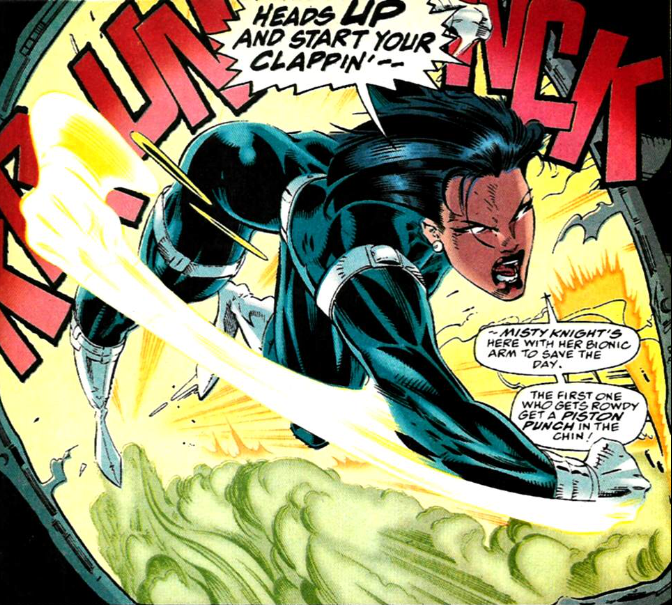