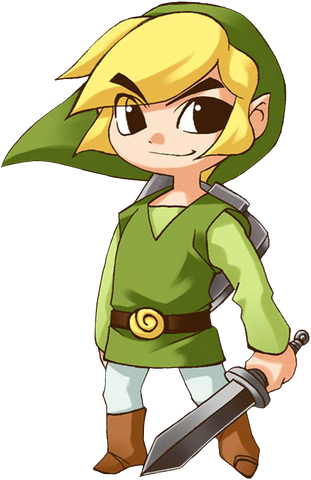 Ever wondered what Mario gets up to in his spare time? Or how he and Luigi became plumbers in the first place? Well, if you were around in 1992, then you could have found out by reading Nintendo’s comic of the pair’s adventures. However, while Super Mario Bros. got the pen-and-ink treatment, not every video game has had the same good fortune. And so, here are a few games that I think would be perfect for a comic book series.

There are plenty of classic video games from the 80s that spring to mind, but of course, not all would work. For example, it would be interesting to see how writers would make a story out of Tetris. Although they did make a movie out of emojis, so I suppose anything is possible.

One classic video game that I’d love to see as a comic though is The Legend of Zelda. Yes, it has been done before (and it wasn’t bad either), but this game has so much going for it in potential. The many installments of the game spanned the past three decades, and there’s just so much material in the games for a good, solid comic series. Make it happen Nintendo, please!

Another one that we did see before but deserves a more sustained attempt is Doom. Remember how chilling that game was when you first played it? Imagine a comic book set a few months before the period of the game. It would give so much more context to the game. The entire Doom world is an incredible setting that has so much potential for side stories and flashbacks that you could write series after series, and it would never get old. Or maybe I just loved Doom a little too much.

Now at the risk of upsetting lovers of The Walking Dead, I’m just going to say that we’re in need of a new post-apocalyptic comic. While there are plenty about, they’re all either zombie-orientated or have gone as far as they can go. So, what better game as the backdrop for a new comic series than Fallout? The great thing about this game is that just about anything is possible, so the writers/artists can let their imaginations run wild. Giant bugs, people with four arms? Go for it because if the game is anything to go by, then anything is possible.

I was also thinking about a war-themed comic and had the idea that Wolfenstein should be ideal, but lo and behold, it’s already available. Kudos to the people that pushed that idea. So, that leaves only one real option: Call of Duty. It doesn’t matter if it’s Black Ops or WWII, whatever installment illustrators and writers choose, there’s endless material. Although I quite like the idea of an old WWII comic as it’s been a while since we’ve seen one of those.

To be honest, when making up this list, it wasn’t easy to find games that were worthy of a comic series. And many of those were already immortalized in either graphic novels or comics. But with Doom, Call of Duty, Zelda and Fallout, it’s a wonder we have yet to see a well-executed comic series for each. Although of the four listed, I would prefer to see Zelda over the others. In Link’s life, there are so many possibilities that are yet to be explored. It’s been over 30 years since we first saw Zelda on the old NES system and the latest installment just hit the stores last year. It’s also quite possible that in another 30 years, the game will still be just as popular. Try telling me that’s not worthy of a comic!