Continuing from last issue, Iron Man seeks answers about who is The Other, the man who sicced the robot Arsenal on The Avengers, and seeking a cure for The Unicorn’s coma. When he gets home and turns back into Tony Stark, he’s attacked by the Ani-Men, under the direction of Count Nefaria and Madame Masque. Tony has been banging Masque for the past several issues, but once again she’s betrayed him. He’s really, really stupid when it comes to her. She’s betraying him because her father, Nefaria, is dying.

In the course of the battle, he is forced to reveal his identity as Iron Man because The Ani-Men are intent on killing Tony Stark. He pulls his armor out of his attache case and puts it on. In his armor, he easily defeats the Ani-Man. Meanwhile, Spymaster has also been hired to kill Tony and he put a bomb in Stark’s apartment. The bomb goes off and kills the Ani-Men.  So, his secret I.D. stays safe. 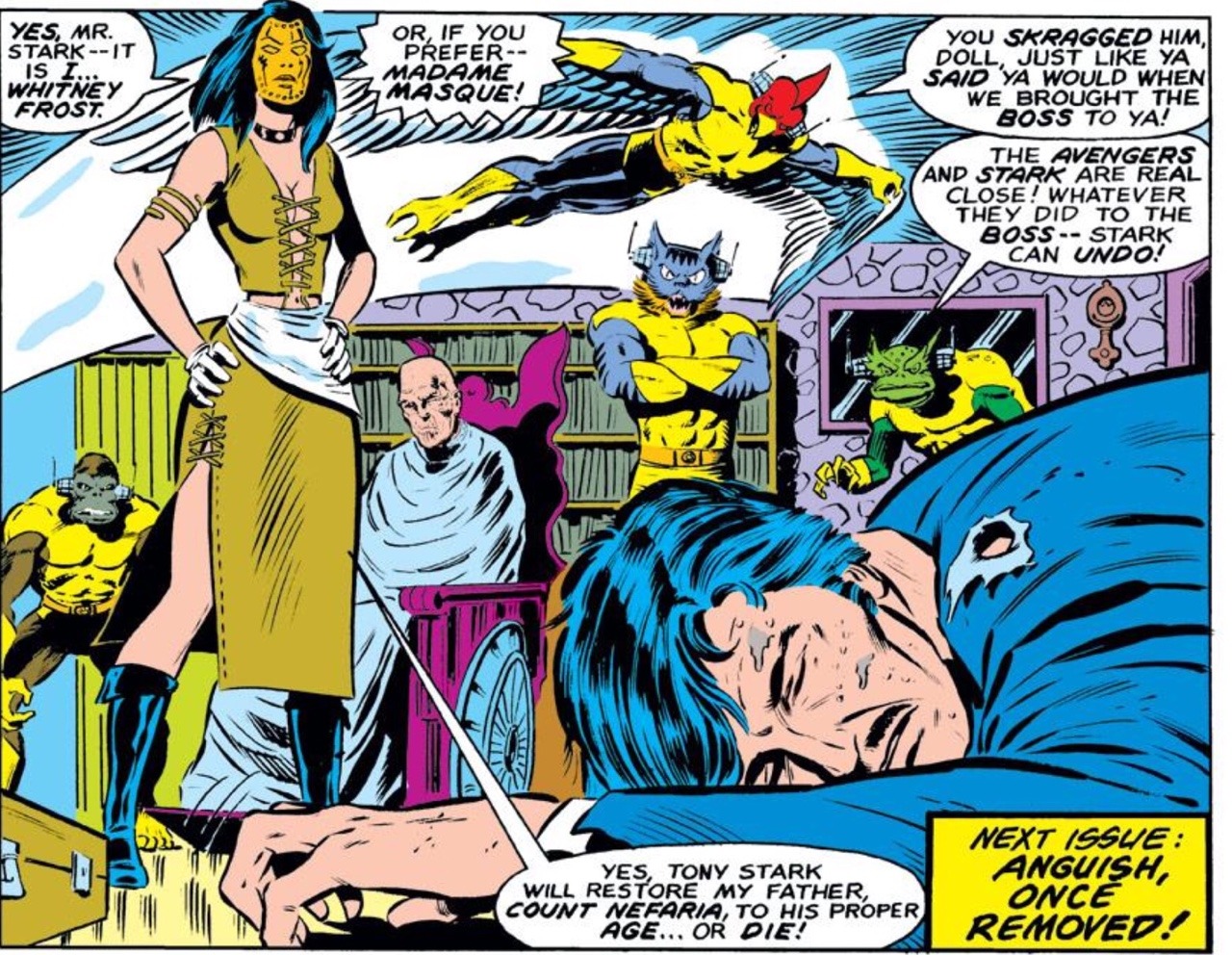 Masque has reprogrammed one of his Tony Stark LMDs to serve her, so Iron Man gets to fight himself as he pursues her and Count Nefaria, and Nefaria dies–by accident–in the final battle. Nefaria’s death shakes up Madame Masque, who leaves to “sort out her feelings” about Tony Stark–she thinks he killed Nefaria on purpose.

I really don’t get that relationship, and it makes it very hard for me to accept this story. 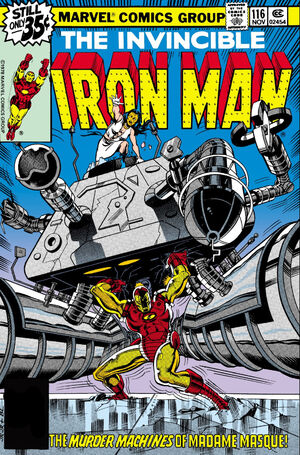 But what isn’t difficult to accept is the artist team of John Romita, Jr. and Bob Layton, who started with #116. I mean, just look at that cover alone!