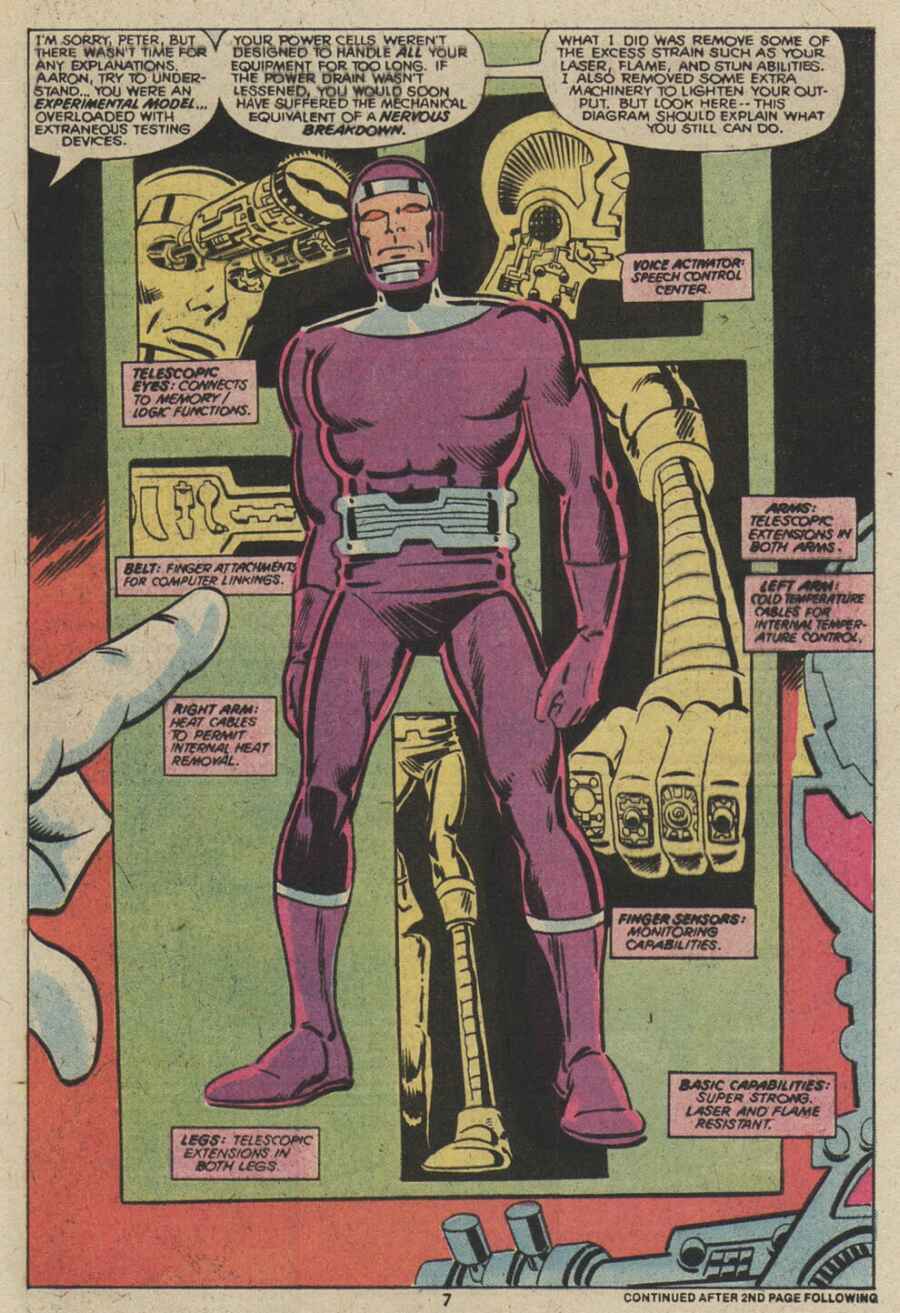 The cover proclaims: All-New! All-Different! And indeed, it is. The book had been on hiatus for almost a year, Jack Kirby left his creation behind, and Marv Wolman and Steve Ditko took over and rebooted the character. It starts with him being repaired and, in the process, made less powerful–presumably because Kirby’s version would create rubber tires out of thin air and drop tons of steel all over the place while always remaining intact. Wolfman and Ditko’s goal seems to be to make the character a little more realistic. Or, at least, much less impossible to believe. HIs main power is extendable arms and legs, with short bursts of flight. Quickly, he’s attacked by some shadowy government organization and escapes in the end, with a Senator shouting that he’ll destroy Machine Man.

It’s a good soft restart. Let’s see where this goes.

Creators: Marv Wolman and Steve Ditko
Grade: C
For the complete history of the MU, year by year, go here.