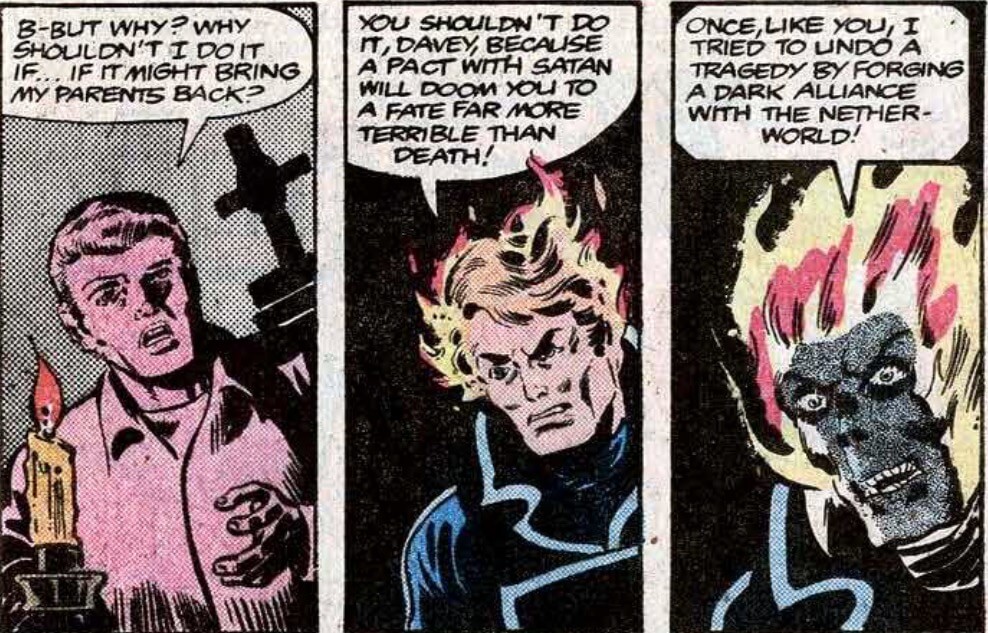 This isn’t a bad issue of Ghost Rider, which is good. The story is fairly simple. Ghost Rider is riding along through the desert night when he happens upon a billboard for a traveling stunt biker troupe who are going to try to break Johnny Blaze’s record for jumping over cars.

This begs a few questions: If Ghost Rider is looking to wreak vengeance on the jerks of the world, why is always riding around the desert where there aren’t a lot of people? And why does he care about Blaze’s stunt record?

But he does, so the next day, Blaze goes and watches the event and, lo and behold, the riders are killed in their attempt, a demon visits their orphan boy, and the boy finds himself in a similar spot to Johnny Blaze, so many years ago.

It’s an interesting story.  I can’t recall another similar one–where someone has the opportunity to have the same origin story as a major character, but chooses not to. 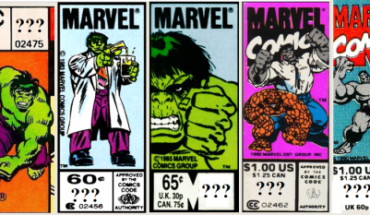 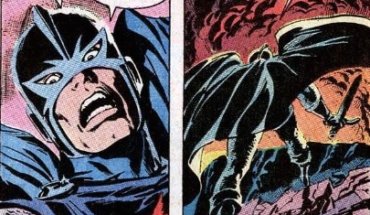 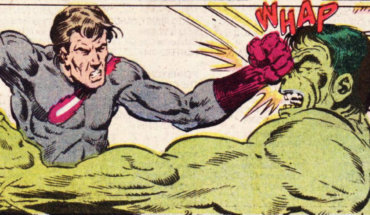