In issue #2, Spider-Woman happens to get involved with Morgan Le Fay and the sword Excalibur.  I truly hate stories like this.  The magical component of this early story will recur later.  In issue #3, we get the first appearance of D-list villains Brothers Grimm.

Meanwhile, SHIELD agent Jerry Hunt, who literally was knocked over by Spider-Woman in issue #1, appears to be in love with her and is using his authority to launch an investigation.

That’s one way to get a girl’s phone number.  Of course, it’s also illegal stalking.  But this was in 1978, so I guess he’ll argue he didn’t know better.

But by the end of this story, she’ll kiss him deeply.  Because a gal can’t resist when law enforcement tracks them under false pretenses.

The Brothers Grimm are working with an even D-listier villain, Hangman.  They capture Spider-Woman and we get a quite a bit of bondage.  She is tied up and dragged around for several pages, like this: Morgan LeFay is also involved, and so is Werewolf by Night, but I’ll confess that I didn’t read carefully enough to fully untangle this messy story. 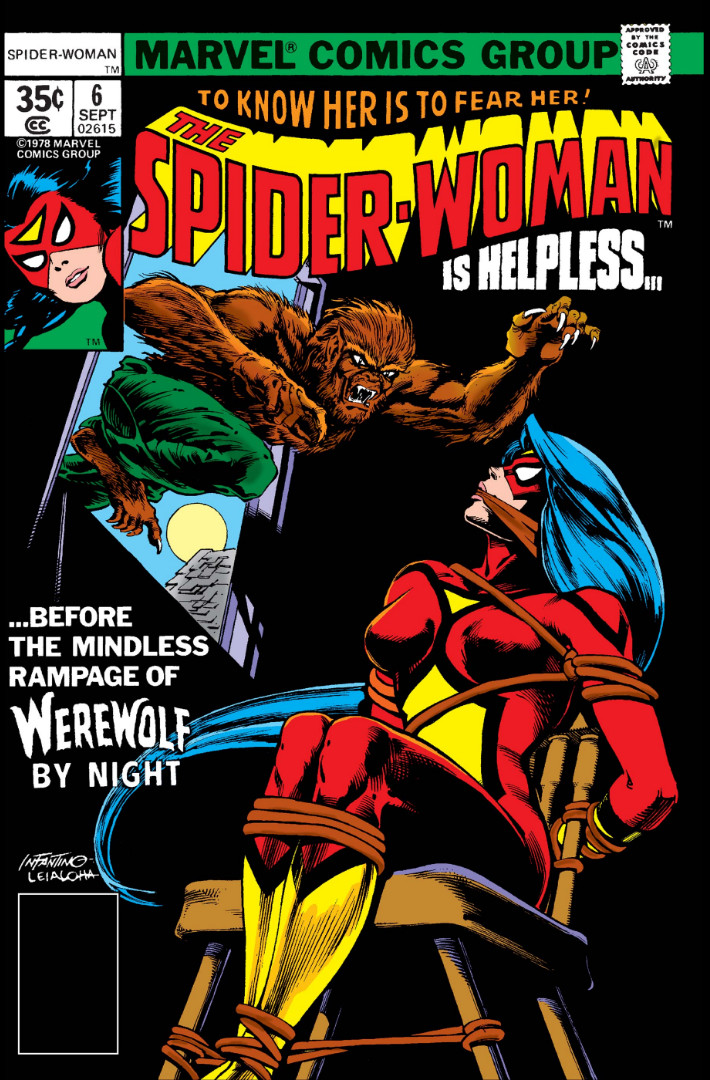