The first Klaus Janson issue.  Look at those shades and inks.  He changes the entire look of the book.

Story-wise, DD busts his girlfriend Heather’s dad, who (unbeknownst to Daredevil) wasn’t a bad guy but was a victim of The Purple Man.  This means that in later issues Matt Murdock works to defend the guy who Daredevil put in jail.  I think this was the first time he did this, but Frank Miller played with this idea quite a bit–the vigilante gets the suspect arrested, but the lawyer makes sure the system treats him fair.

Purple Man is pretty psychedelisized in this story. 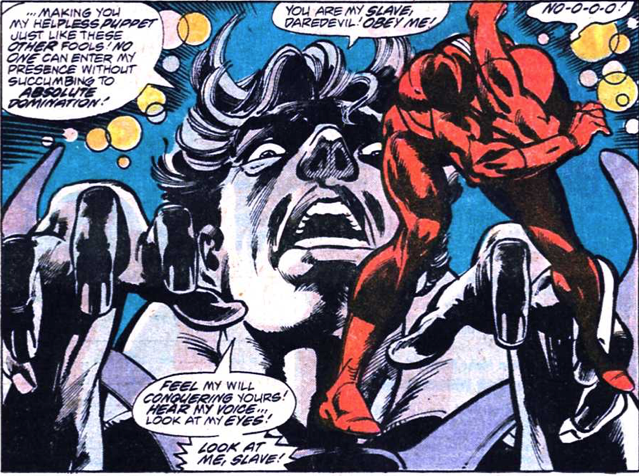 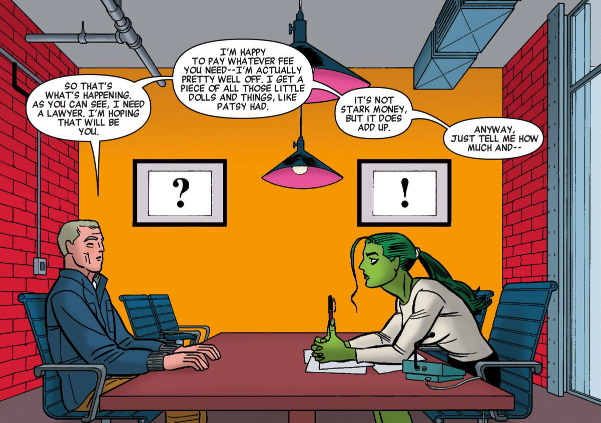