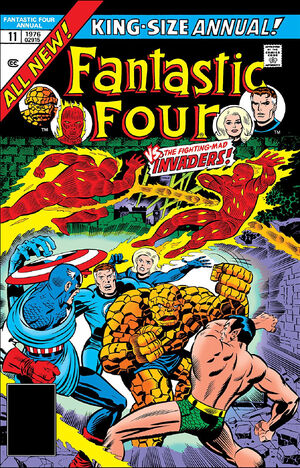 FF Annual #1 follows the foursome back in time to World War II, where they team-up with The Invaders.  The remarkable thing is how this all starts: Thing is tired of the team being broke, so he uses Reed’s time machine (which is based on Dr. Doom’s Time platform) to GO BACK IN TIME AND STEAL SOME SHIT FROM THE NAZIS.

Anyway, The Watcher arrives to tell them that they’re messing with forces they ought not mess with.  And he really shouldn’t talk, seeing as how he does it all the time.  His costume is different here, too.  We haven’t seen him in a while, so I guess it makes sense that he would change his clothes. 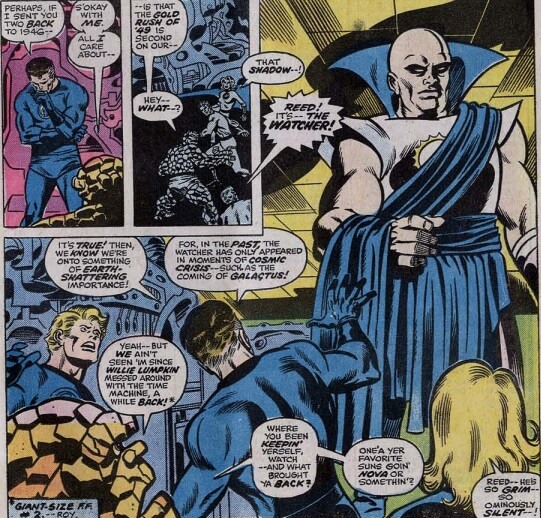 Then, they meet up with The Invaders and Captain America spills glue on Baron Zemo, affixing his mask permanently to his face.  This is a pretty important development for Zemo’s character, even if it’s not all that consequential in the grand scheme of things. 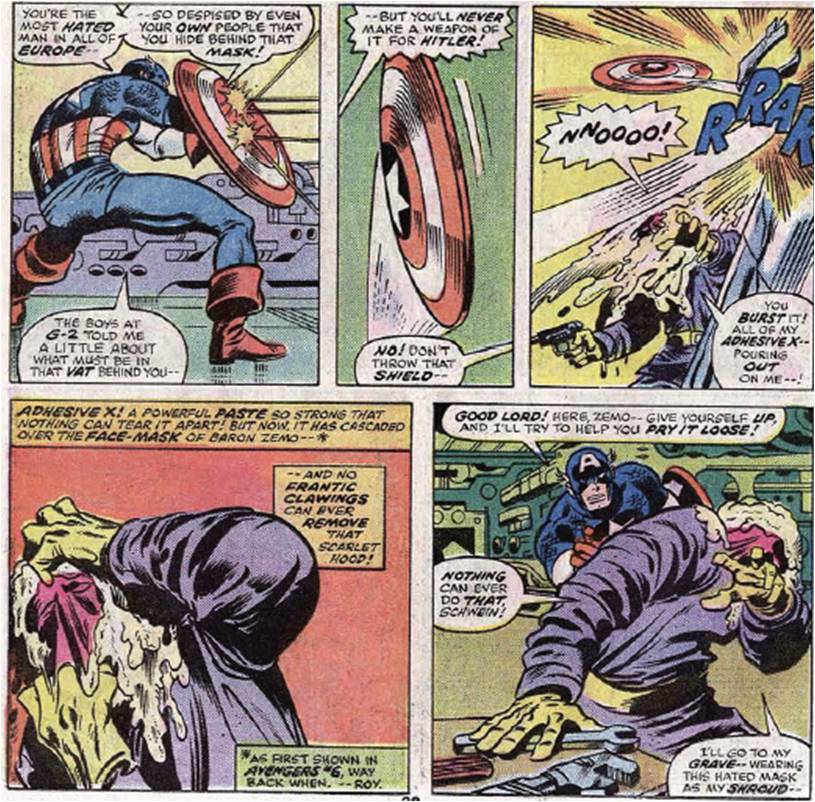 Once the FF/Invaders adventure gets resolved, Thing decides to stay in the past for Marvel Two-In-One annual #1 so he can hook up with Liberty Legion.

Not much of consequence happens, except for an appearance by a bullpenner before he was an adult…

Little John Romita!  Thing can’t resolve the Nazi-sized problems in the annual, so he finishes up in Marvel Two-In-One #20. 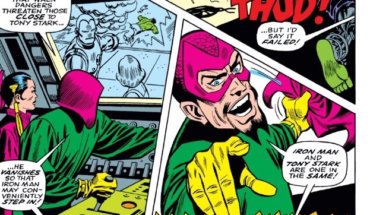