5.  KILL OR BE KILLED by ED BRUBAKER AND SEAN PHILLIPS (Image)

The second year of the Criminal team supreme’s examination of the mind of a sociopathic killer. Is he crazy or are his muderous actions actually a rationale reaction to being pursued by a demon? I’d never heard of either of these creators, but the premise of this book sold me immediately: Black Bolt is in prison, shackled to Absorbing Man. I’ve never been a huge Inhumans fan, but I am a huge prison-movie fan. And there’s not nearly enough prison comics.

Ahmed is apparently a poet and an author of Sci Fi novels, but he writes comics like he’s done it all his life. And the art is just gorgeous.

The book is tender, hilarious, and extremely well-plotted.

Also: I’m pretty sure this is the first time we’ve seen Black Bolt talk in full sentences without destroying everything around him. How? You’ll have to read it and find out. 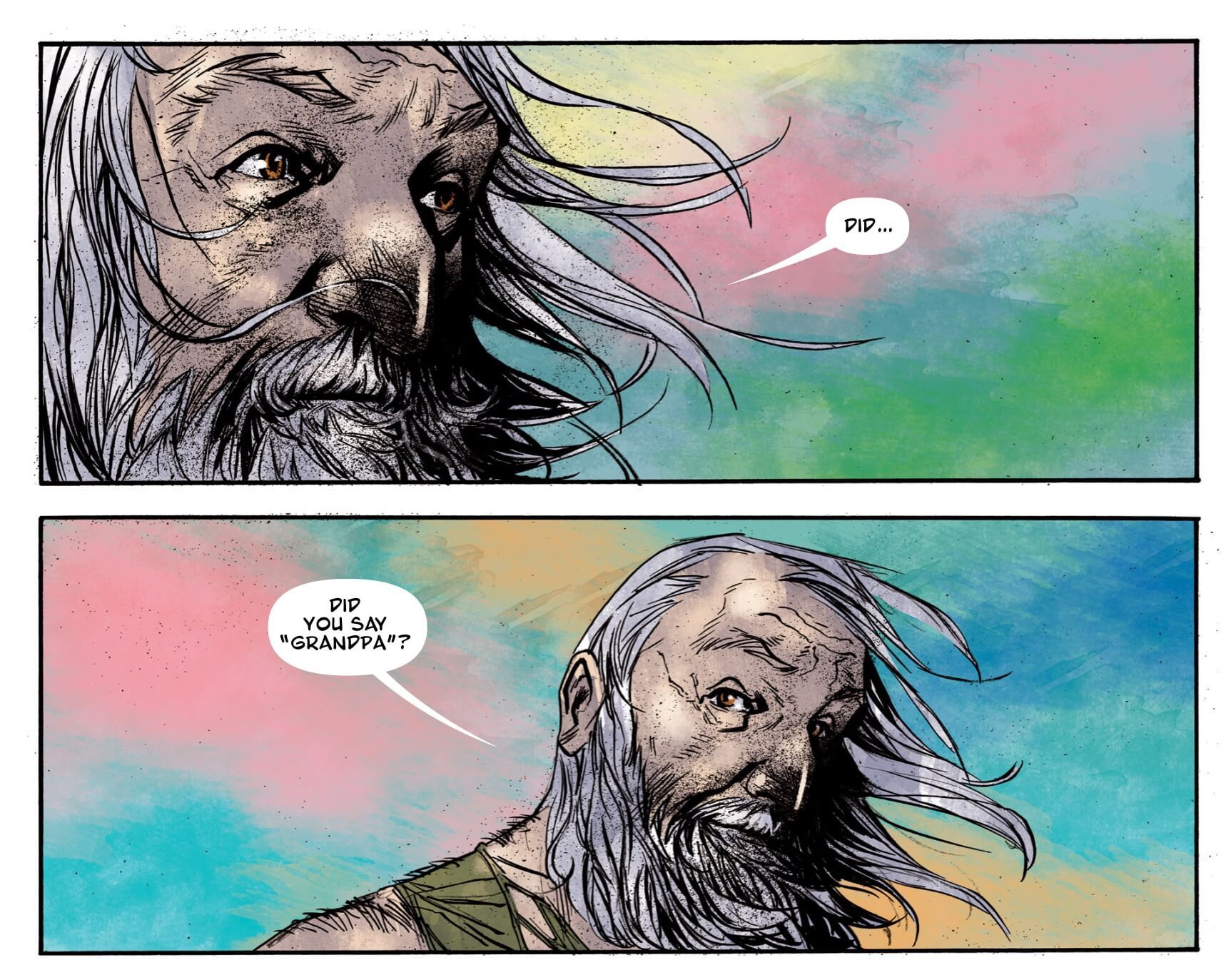 A six-issue miniseries that is one of the best indie epics not written by Garth Ennis.  Seriously.  A rumination on the meaning of faith and God and the relevance of one’s own existence as he ages and becomes a burden to his family, leaving behind only memory and love.  It’s also a really cool adventure about a giant talking sword and interdimensional Godlike demons, with lots of fighting and a terrific payoff.  It’s rare to see character and action balanced so perfectly.

It also blends the “real life” pain of having a relative with Alzheimers against mystic themes of redemption—kind of a “reverse Shazam.” Still good, but not as fresh and great as it once was. Of course, that’s not saying much. And it’s still better than the vast majority of comics on the market. This year, among other things, this creative team covered the controversial topic of abortion and, as usual, did so with balance, respect and tenderness.