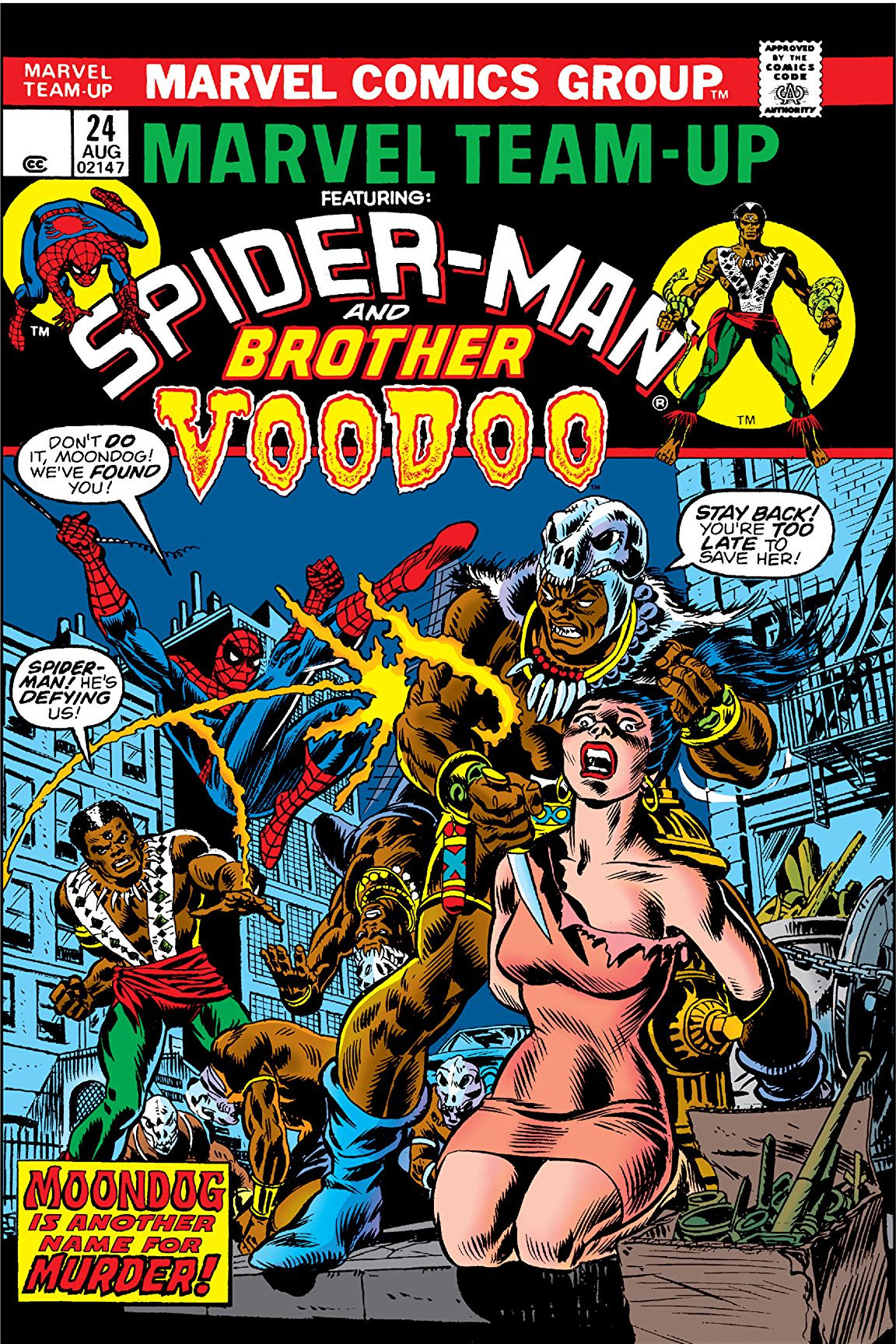 Sometimes, there’s a character that’s so silly and so wrong-headed that every time you see him you just want to say, “No!  Stop!”

Brother Voodoo is such a hero.

I wonder if Len Wein chose to team Spidey up with him, or if he was foisted upon poor Len.  Wein had already created the first black superhero for DC (but the issue of Teen Titans didn’t see print).  And ironically, that character was also named Jericho!