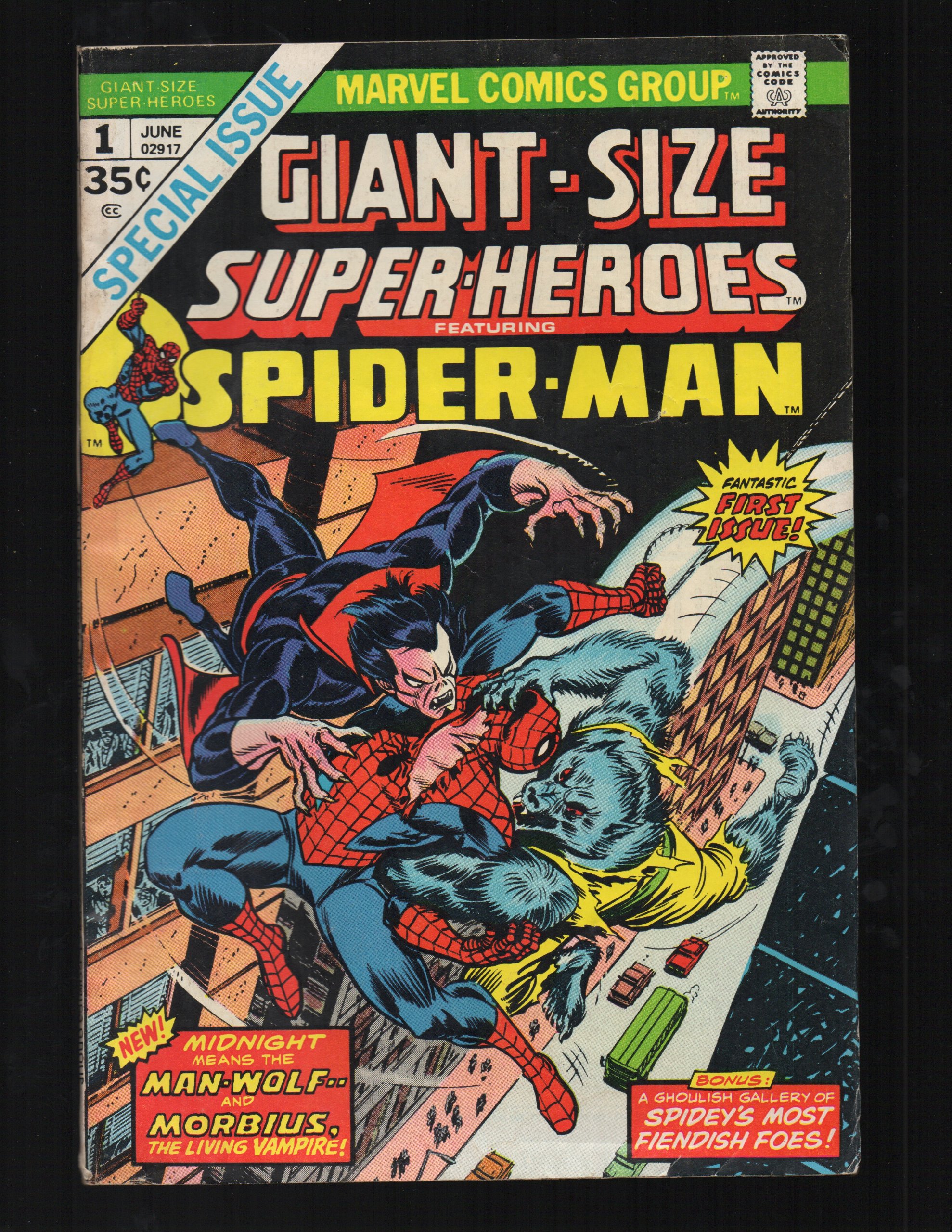 I’m not going to cover Creatures on the Loose here, even though is stars Man-Wolf, because it’s just terrible.  But this book was Man-Wolf’s first solo story, and it pits him against Morbius, who is written here entirely without the depth he had been given in Adventures into Fear-published concurrently.  Basically, it’s a battle between a “Man-Wolf” that was created because the Comics Code Authority wouldn’t allow Werewolf stories a Morbius, who originally wasn’t called a vampire because the CCA didn’t like Vamps, either.

In the grand tradition of Marvel, after they fight, they team up.  And then they fight Spider-Man.

Creators: Gerry Conway and Gil Kane
Grade: C-
For the complete history of the MU, year by year, go here.