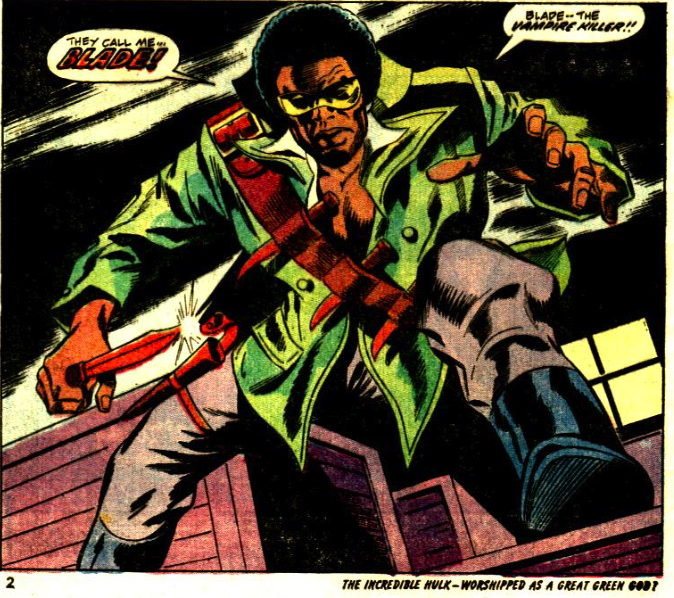 I’m not writing about Tomb of Dracula on this site because it’s not really in Marvel continuity, even though there’s a few elements that bleed over now and again.  Same with Werewolf by Night.  Especially in 1973, these series were self-contained.  It was until later that the characters started showing up in other Marvel books.  It’s not a comment on the book’s quality-Tomb is actually a very good comic-it’s just beyond the scope of what I’m doing on this site.

But since this one featured the first appearance of Blade, I’m making an exception.

Kudos to Marv and Gene for creating a black vampire.  Blade is clearly an attempt to capitalize on the growing independent black filmmaker movement that started with Watermelon Man.  He has the same kind of inflections and mannerisms, and dresses in a gaudy green outfit.  Fortunately, he hunts his prey at night so they can’t see his clothes.

Creators: Marv Wolfman and Gene Colan
Grade: B+
For the complete history of the MU, year by year, go here. 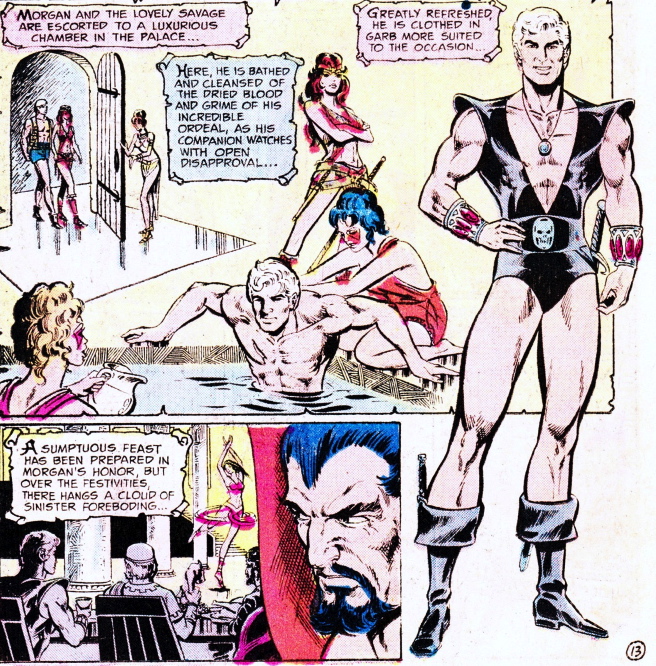 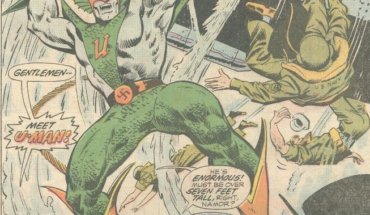 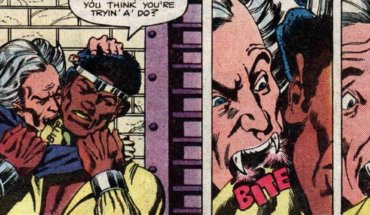