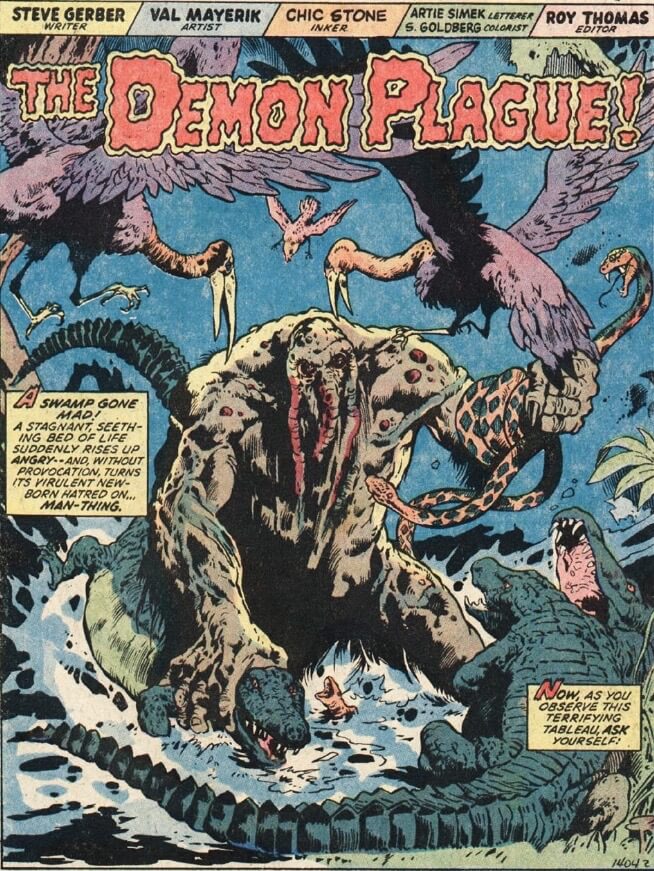 With his muse Val Mayerik, Steve Gerber finally hits his stride on this book.  Earlier issues were good, but lacked a sense of direction.  Now, this becomes the kind of jam-packed weirdness that made Gerber famous.

The world literally goes crazy, and everyone is fighting everything they see.  That’s why Man-Thing is beating up a snake and an alligator on the splash page. 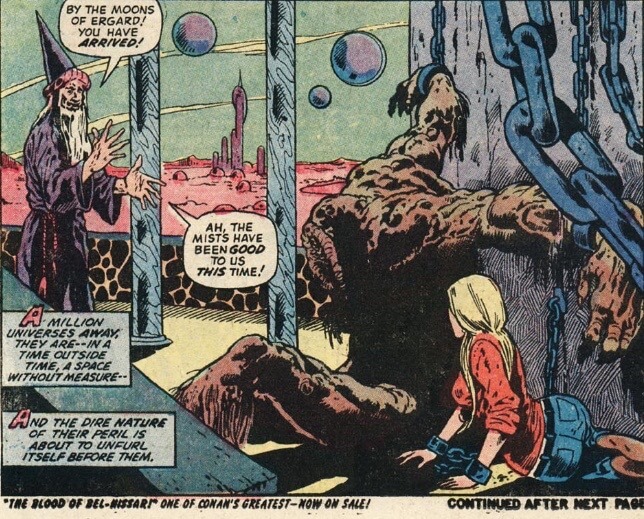 In an effort to stop it, the leader of a mystic cult goes to Man-Thing’s swamp to cast a spell, but inadvertently sends Man-Thing and Jennifer into the dimension of Dakhimh the Enchanter, a dude who is beyond creepy.  He puts Man-Thing in a fighting arena, but instead of throwing punches, Man-Thing allows his foe to hit him over and over with an axe. Of course, all that happens is the guy chops up bits of swamp, so he gets scared.  And whatever knows fear burns at the Man-Thing’s touch…

After that, it all gets resolved, with the world becoming normal again-after a trip to another dimension and even more weirdness involving Atlantis.

Yeah, in two issues Gerber can cram a ton of stuff.

Creators: Steve Gerber and Val Mayerik
Grade: B+
For the complete history of the MU, year by year, go here. 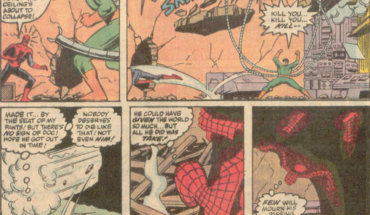 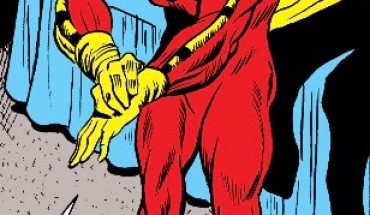 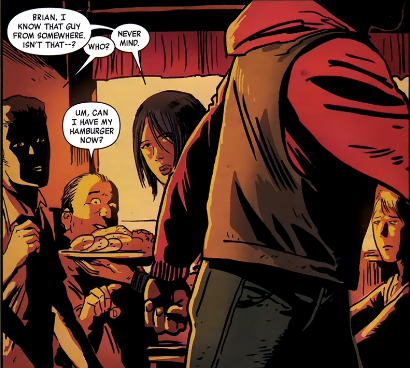