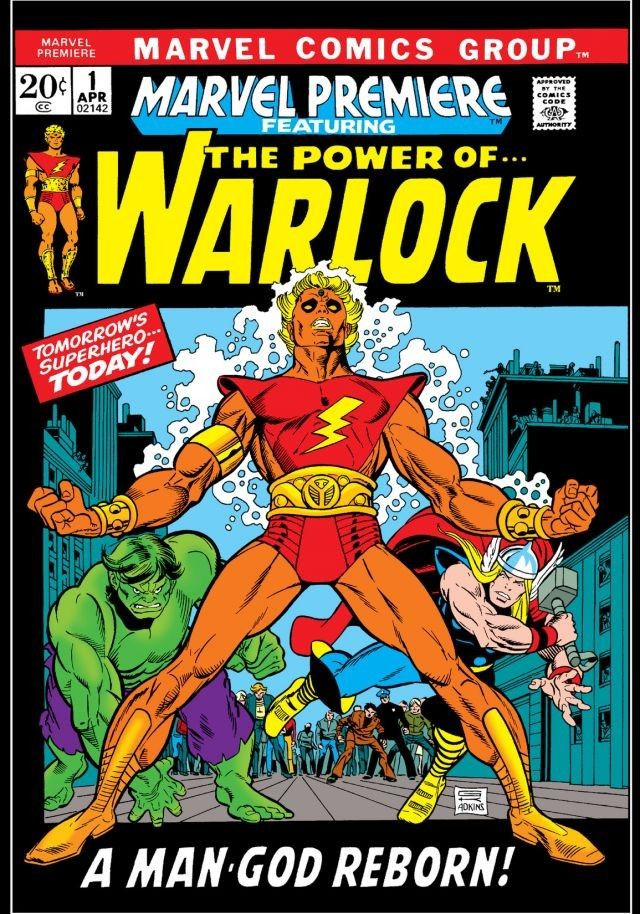 When you read a Marvel cosmic story, you never know what you’re going to get. But the ones in the 1970s are generally pretty good.  And Warlock is no exception.  His reboot started in Marvel Premiere, and that was a really good set-up for a series: A Christlike being with gold-colored skin, hunting down an animal mutate who is intent on disrupting peace in a newly created Counter Earth.  I say Christlike not just because of the splash page to Marvel Premiere #1…. …but also because it’s a pretty obvious reference here: High Evolutionary is the God who created Counter Earth, and Warlock is there to save its people by fighting off the Ani-Men.

It’s heavy handed, lacking subtlety, but why do I think it’s so good?  I’m not sure.  But I was also a sucker for those mopey Silver Surfer stories, too.  I love existential angst.

It’s also laying groundwork for decades of future stories.  The idea of alternate Earths wasn’t brand new-DC did it with The Flash many years earlier-but it was still fairly fresh, and there were many ways to go with it.  To my knowledge, creating a second Earth in the same reality was a new idea.  In fact, High Evolutionary has to cloak Counter Earth from “True Earth” so it is not corrupted.  He does this by making it “vibrate” at a different speed, so the two Earths are one second out-of-sync with each other.

I haven’t read these early Warlock stories before, so I’m betting at some point the cloak is pierced.  That should be interesting!