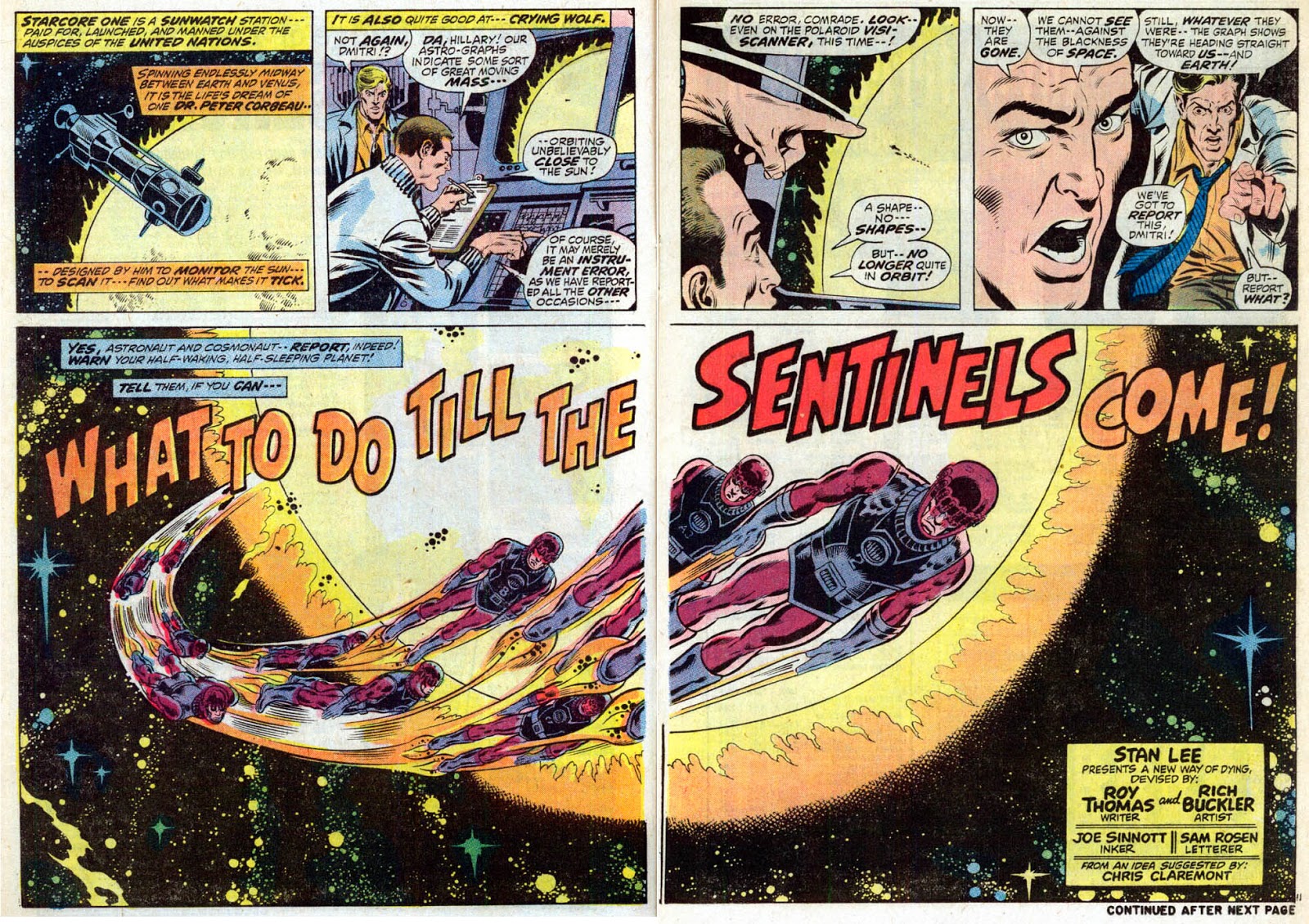 A very busy set of issues as Rick Buckler signs on as artist, and Chris Claremont gets a plotting credit.  Claremont was a budding editorial assistant at the time.  The story has so much in it, it’s hard to compress into a summary.  Basically, The Sentinels survived their journey into the sun and are heading towards Earth.

The Sentinels arrive and immediately begin hunting down Scarlet Witch.  The X-Men still can’t be found.  The Avengers track the robots to their lair, which is basically an anthill.  Weird.

We get a cutaway diagram of the base, too, and I’ve taken a solemn oath to reprint these whenver I find them.

In the end, one of the huge robots falls on Dr. Larry Trask and kills him.

This feels like a story that could have been really good, but wasn’t. There’s a little typo, though, and those are always fun. “Nickel of time!”

Lots of X-Men appearances this year–but their own comic is still in reprints.  Also very cool to see how Claremont was involved in these rebranding issues for the mutants.  We’re still two years away from Giant-Size X-Men #1, though.

Creators; Roy Thomas and Greg Buckler, from an “idea” by Chris Claremont 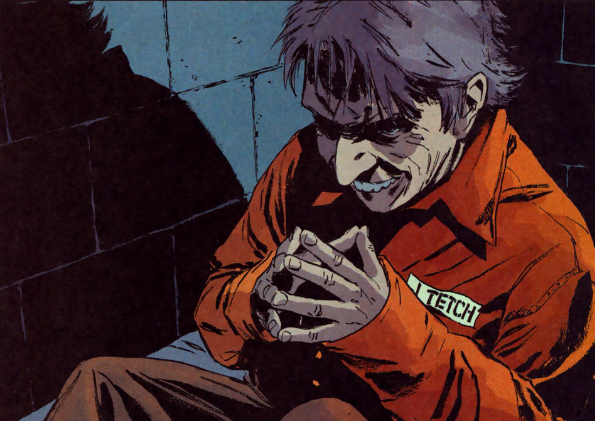 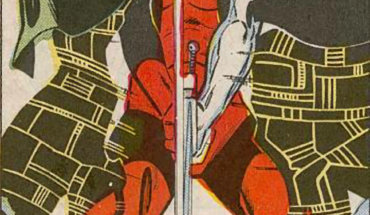