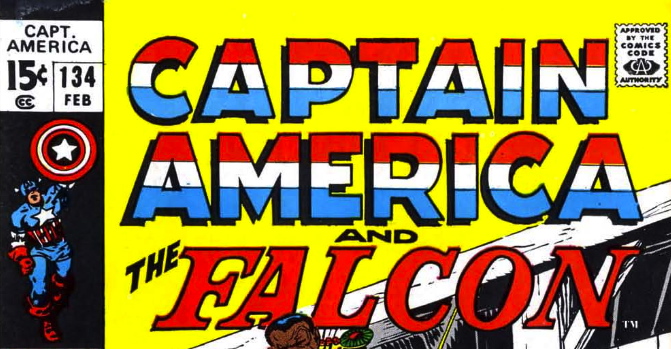 With #134, The Falcon becomes the first black superhero to get his name on a title.  Yeah, he’s under Cap–but in the book they are truly partners.  Equals.  Falcon is still written in a stilted, stereotypical fashion, but his character saves Cap as often as it is the other way around, and the two truly seem to make decisions on an equal basis. 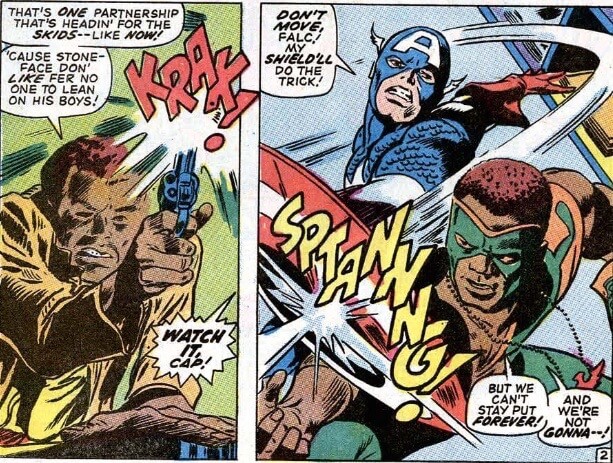 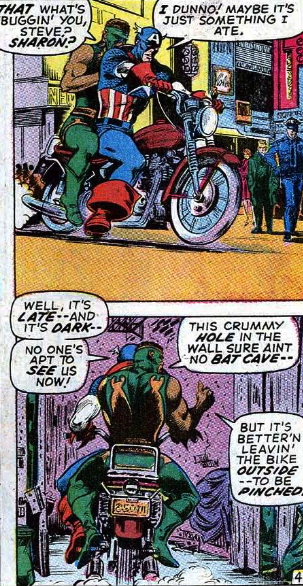 It is indeed totally cool that Falcon got masthead-level attention.  It’s not as cool that suddenly Cap’s stories all had to involve Harlem crimelords.  But whatever.  It’s still cool–and rare–for a black character to get title billing.

Even if he does have to ride bitch. 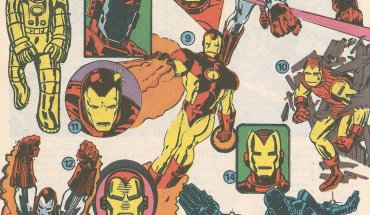 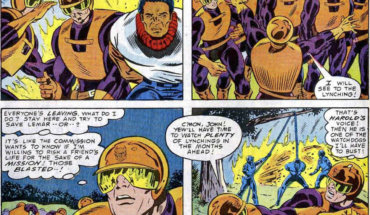 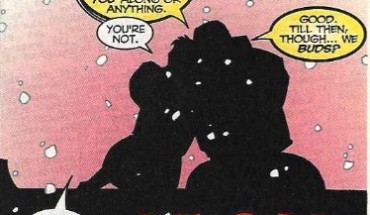