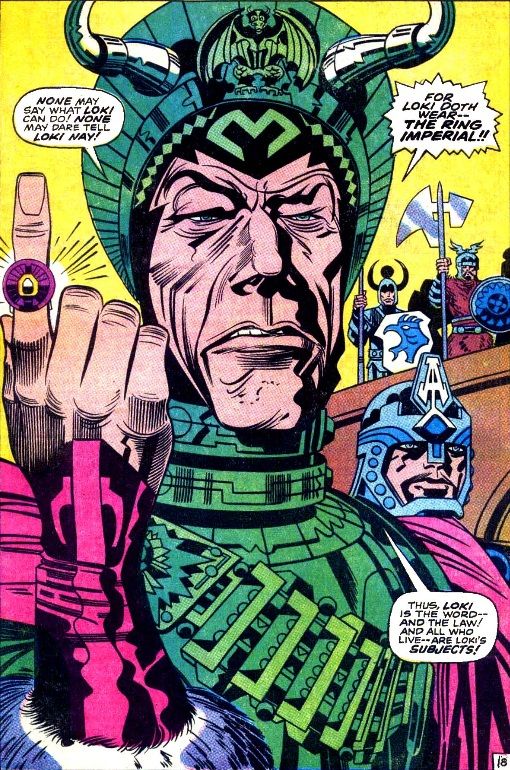 Odin is napping his regular Odinsleep, so Loki decides it’s a good time to invade Asgard.

It’s basically an excuse for Jack to draw massive giants and monsters.  Not that there’s anything wrong with that. Eventually Odin wakes up and all the invaders and usurpers scatter.  It’s a little more complicated than that, but not by much.  Lots of fun to read though. 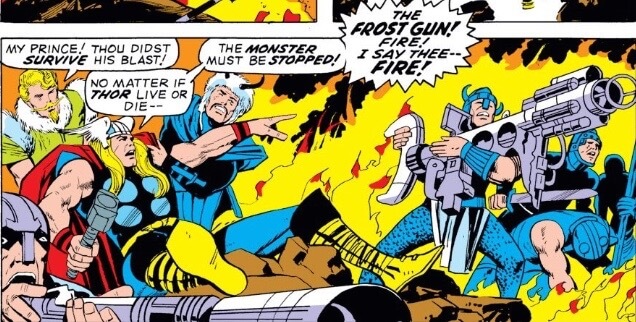 I think this is the first time I’ve seen Asgardians relying on guns.  Of course, Walt Simonson will take that idea and make it awesome.  And soon we’ll see it on the big screen…

Apparently, all it takes to rule Asgard is a ring. 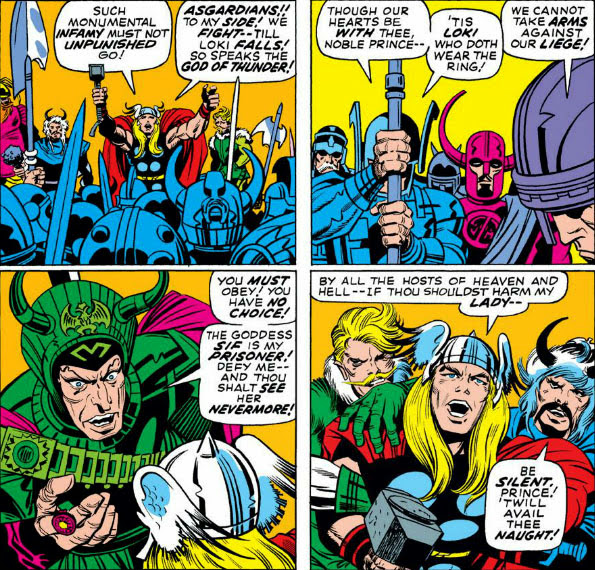 To unseat his brother, Thor and friends have to rescue the sleeping Odin from Surtur. 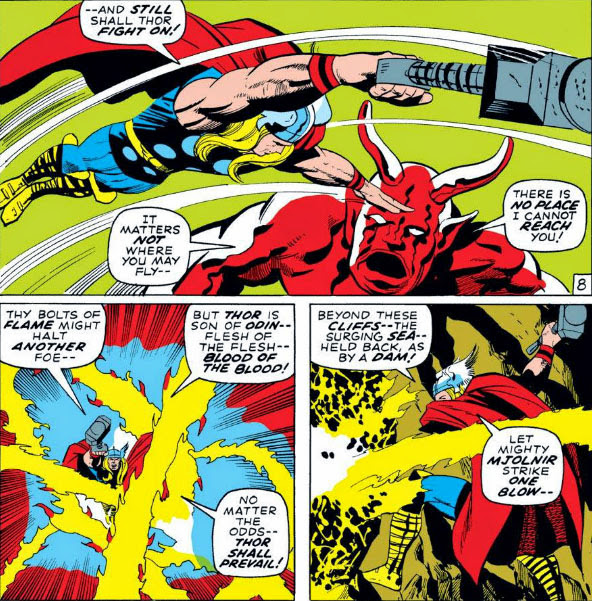 It’s a grand epic.  The Lee/Kirby Thor comics are really good–the only problem with them is that they always end the same way: With a reset to the way things started.  Then Loki does it all over again. 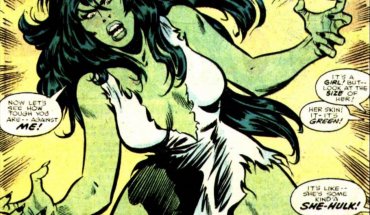