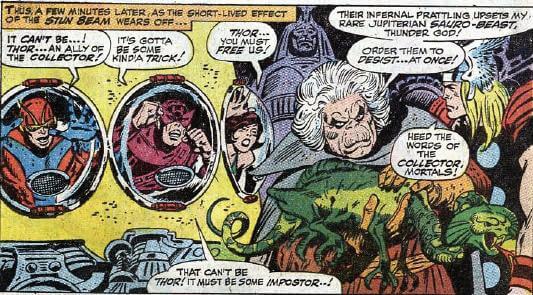 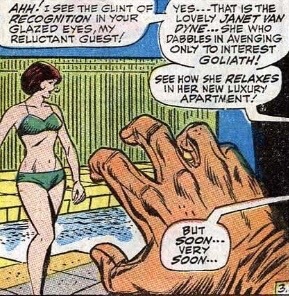 A story featuring one of my favorite villains: The Collector!  This story is pretty much like every Collector story: He captures Avengers piecemeal and they ultimately escape.  In this particular story, instead of keeping them in tubes, he keeps them in what appears to be a big washing machine.

He’s also exceptionally creepy in this comic–stalking Janet Van Dyne by her pool.  Look how Big John draws that hand in the foreground, reaching for her image on the screen.

Such a great artist. 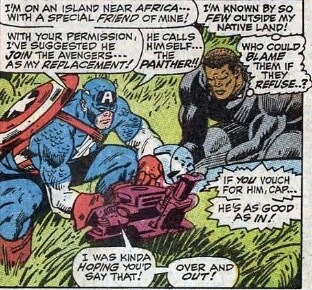 Then, as an afterthought (or epilogue, maybe), Captain America tells the team to hire Black Panther.  And they do. 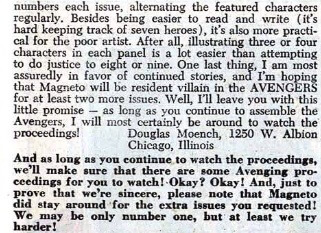 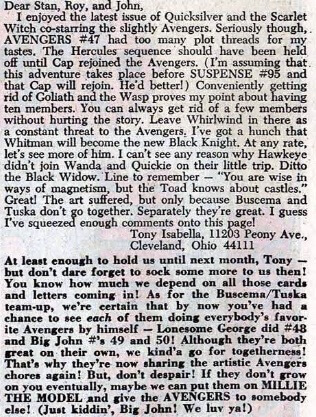 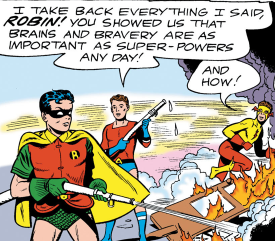 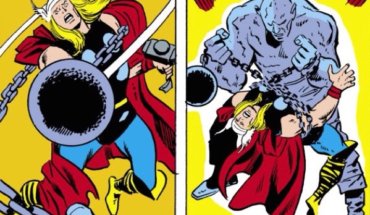 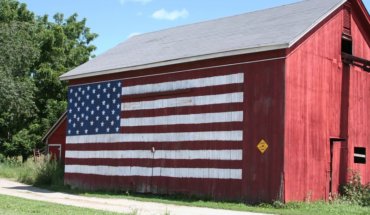