Another long-form epic, and this time it’s the best yet!

Stan and Jack were really getting into this kind of story telling now, which kind of parallels where they were at with Avengers at this time as well.  Major arcs would generally have a “major” and “minor” storyline, which intersected only slightly.  Nobody is really telling stories like that much anymore, except perhaps Jonathan Hickman when he ran Fantastic Four and “FF” simultaneously, often telling the same story from two different perspectives.

The minor storyline in this saga is about Sandman messing about in the Baxter Building.  It’s perfectly fine, and it involves the Negative Zone, which is always fun, but the major story is about The Silver Surfer and Doctor Doom.  Meanwhile, The Thing is reading a Ghost Story and getting creeped out.  That’s neat.

But again, the main event are the two most popular FF “side characters” of all time.

Check out this full page panel from #57:

Yes!  Doom gets the power cosmic!

And, of course, this unleashes hell.

When Thing gets into the action, we get to see him flying through the air to take on Doctor Doom on Silver Surfer’s surfboard!

There’s nothing about that that isn’t awesome.

The Inhumans also figure into the story, and Black Bolt frees his kingdom from the Negative Zone (the barrier that keeps it hidden from the world) using his outside voice…

And if that’s not enough, #62 is the first appearance of Blastaar the Living Bombburst!  I love this dude.  When I was a kid, I drew red dots on my Mego Captain Kirk’s hands and pretended he could shoot blow-up beams from his palms.  Here’s the hairy dude himself, getting a beatdown from Triton of the Inhumans.  Eventually, the clock strikes clobberin’ time and Blastaar goes home sad.

This is probably my favorite arc from the Lee/Kirby years. 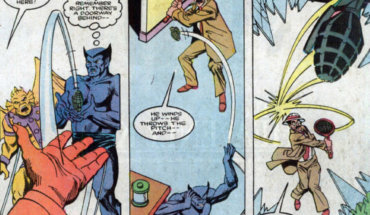 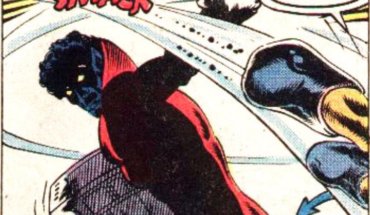