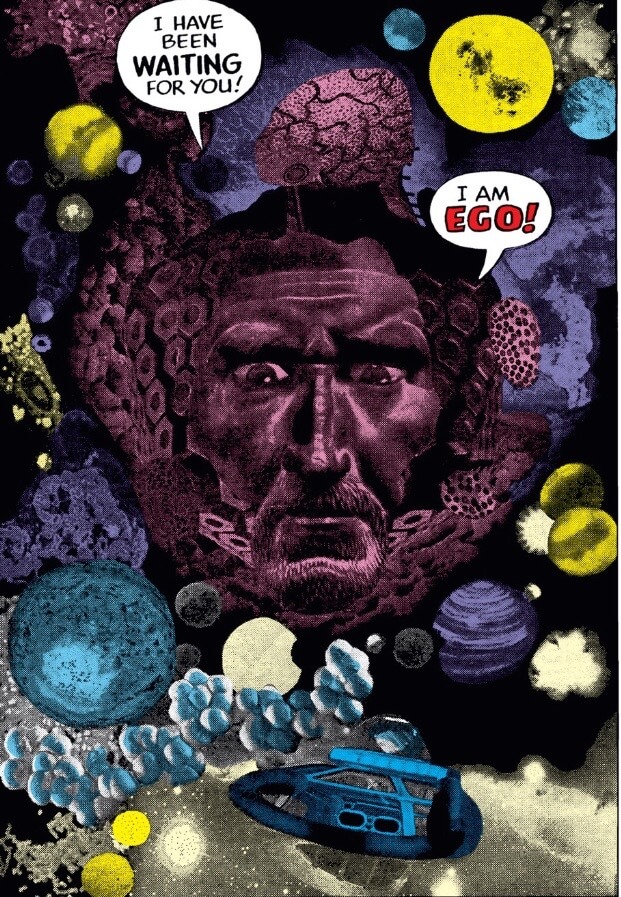 Right about now, Stan and Jack’s work on Thor becomes some of the best, most imaginative work in the history of comics—like on a par with the first 100 issues of the The Fantastic Four.

Ignoring the first few pages, which wrap up the extended (and terrific) Hercules-and-Thor arc, we learn that Jane Foster’s roommate Tana Nile is actually a mind-controlling from Rigel who is here to colonize Earth.  While Tana is forcing Jane Foster to go on a road trip (Tana needs the apartment to herself), Thor is in Asgard telling his daddy that he’s gonna marry Jane, no matter what…

Look at Thor’s face there.  It’s so young, and the eyes are so expressive.  And look at grouchy Odin who has finally agreed to along with Thor marrying a mortal.  This is Jack Kirby at his best.  I mean, I love his big, thunderous panels, but people forget how good he could be at the details.

The rest of these issues is basically Thor in space, fighting the Rigellians, and trying to find Jane Foster. 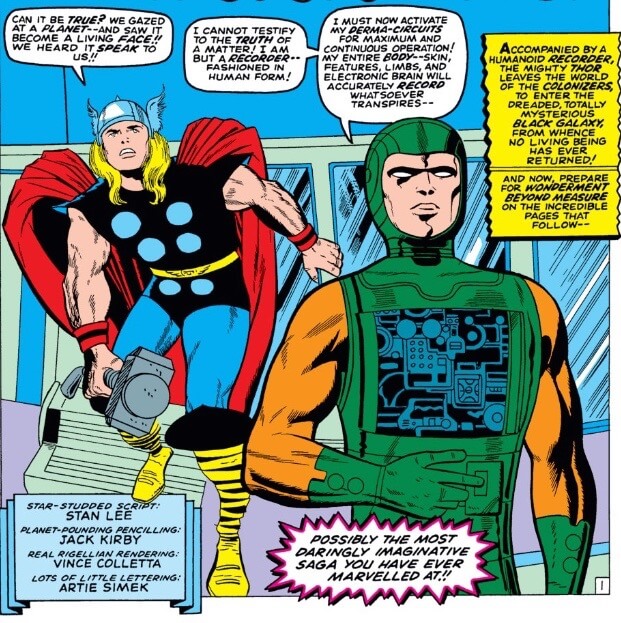 Along the way, we meet Ego The Living Planet for the first time, as well as The Recorder, a robot who will, decades later, be a fabulous sidekick for Hercules…

Ego is attacking the Rigellians, who agree to loosen their claim on Earth if Thor gets Ego to back off.  Thor and Ego fight, Thor wins, and the world is saved.

Jane, however, is still missing.  More on that next time. 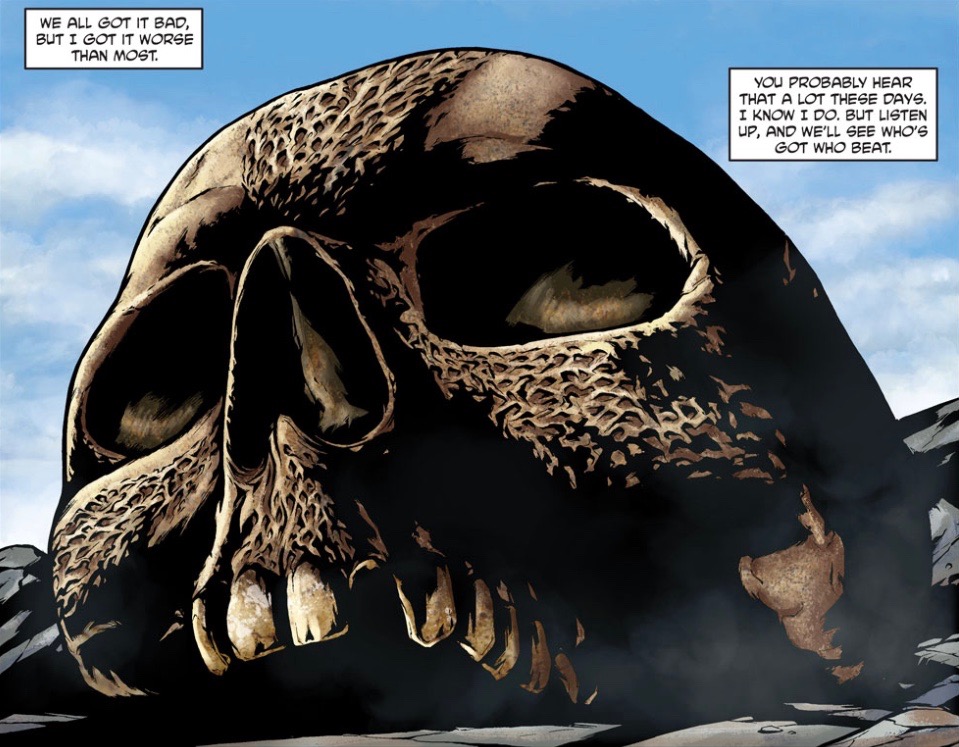