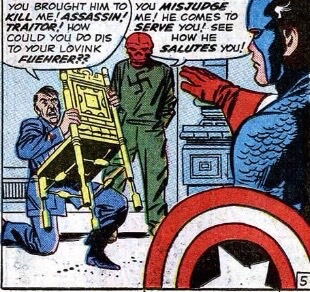 Herein is one of my all-time favorite Captain America stories, wherein Red Skull captures him and tells him his origin story.  What makes this a favorite for me?  First, it was reprinted in the 1976 softcover “Bring on the Bad Guys,” which I read and reread until the spine literally disintegrated.  Second, look at the art in that shot above.  Cap is cuffed and sitting in a vulnerable position, and Skull is sitting like a cowboy, leaning forward, intimate.  This scene is probably my favorite Jack Kirby sequence ever, because of the attention to mood and detail.

We also get to see Cap finally in the same room as Hitler, but instead of clobbering him he’s saluting (because he’s in the thrall of Red Skull).  Sound familiar?  It should.  Nick Spencer’s current Captain America story where Cap is a Hydra sleeper agent owes quite a bit to this classic Silver Age tale. 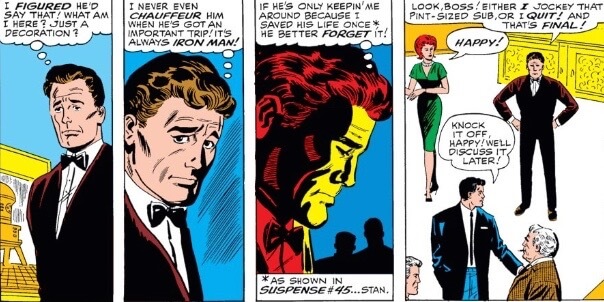 In the Iron Man stories, Happy Hogan is tired of being ignored so he runs away.  It’s fine, but the Iron Man half of this book is completely forgettable, and that’s only accentuated by the genius of the Cap story. 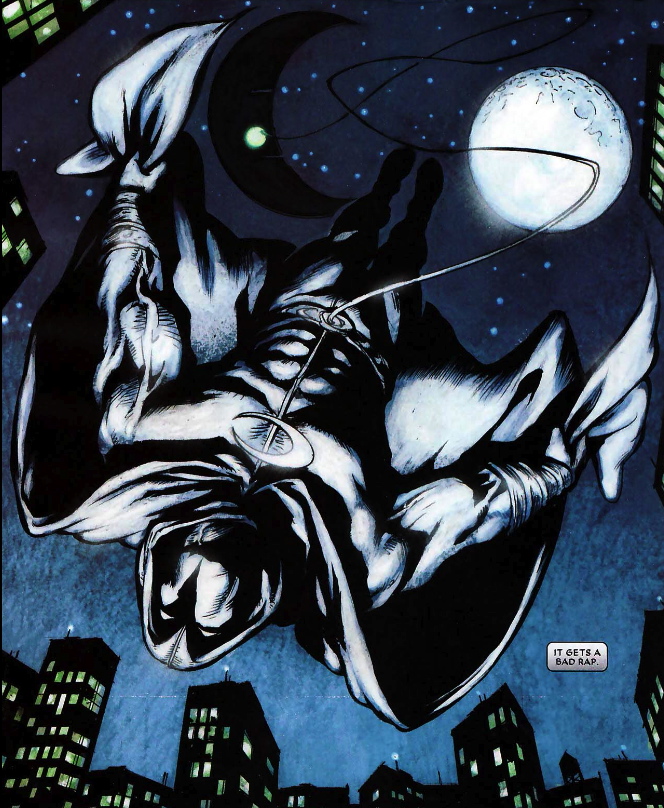