I love this book for the bizarre storyline that blends an alien invasion with an intelligent critique of media control, but it’s the little human moments—like the one above—that seal the deal and make this one of the best books of the year, and one of Simone’s best works of all time.

Oh, and the big reveal we got about halfway through the year was extraordinary. I don’t think I’ve ever read an alien invasion story where Earth was being used as a prison. 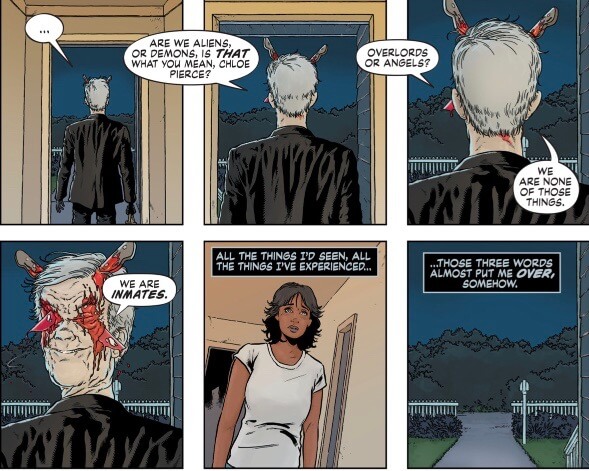 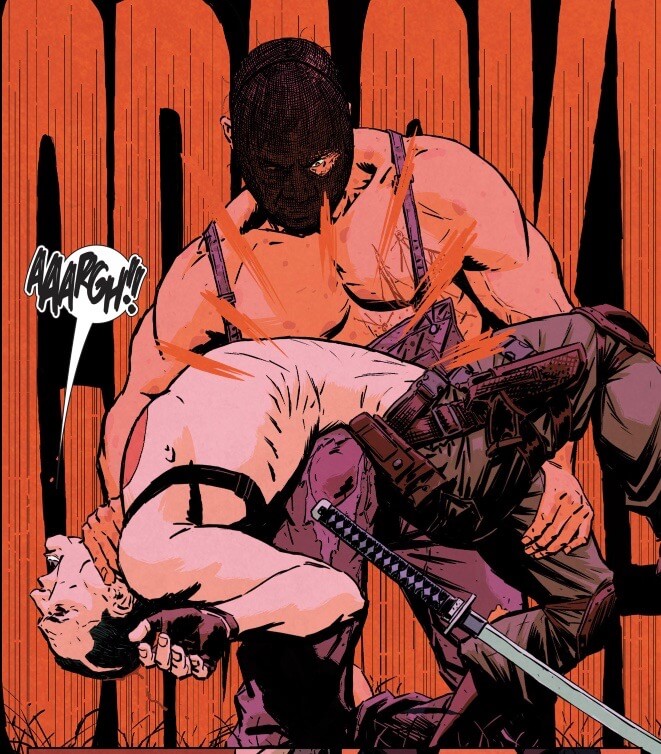 Valiant continues to knock it out of the park with this book, which is everything Punisher ought to be.

The most violent and touching book DC put out this year–hell, this decade–got strong critical response, but sales have lagged.  Buy the trades, people.  This isn’t just a darker version of Batman–it’s incredible. 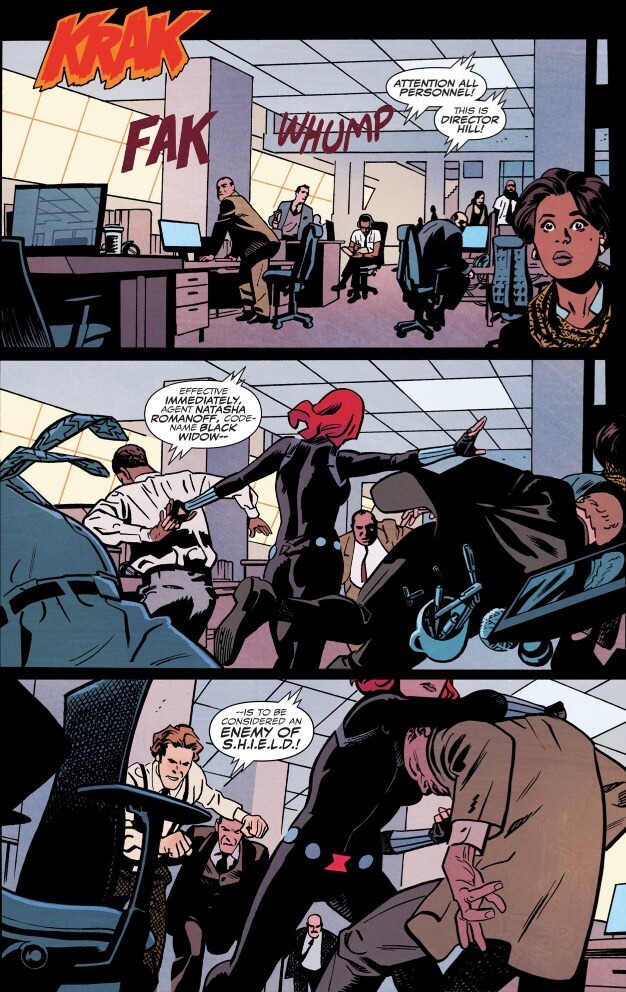 Last year, Nathan Edumndson and Phil Noto gave us the first excellent Black Widow solo book, but they left to do other things and the team that made Daredevil great again kept Widow great in 2016. Like Moon Knight, Black Widow is a solo character who tends to fly under the radar (even despite being part of The Avengers franchise), which means the creators can do more with her than they might be able to with characters who have detailed, well-established back stories.

Although, frankly, based on this team’s past, I think they could make anyone interesting.

Black Widow is a more cinematic book than their Daredevil product, as you can see from the splash page to issue #1, above, and much more focused on dynamic action—it’s great to see Samnee able to completely let loose.

SPECIAL AWARD: Issue #1 gets Best Splash Page of the Year!

I loved this one so much I featured it repeatedly on this site. So sad it ended so soon. Marvel is trying to balance their big action books with smaller, funny books. Most feel contrived or just fall flat. This was a funny book that worked. 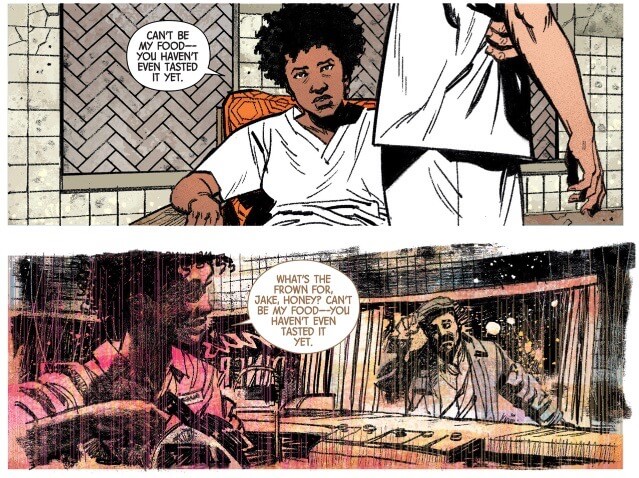 It’s become fashionable to write reboots of characters by trying to make sense of the heroe’s entire history, no matter how many confusing decades have been spent laying stories on stories, and they’re generally fun for comic historians like myself, but they also don’t usually add much to the legend. And they rarely keep me guessing. Lemire and Smallwood’s trip through Marc Spector’s twisted psyche and schizophrenic past always kept me guessing. Rather than try to make everything make sense, Lemire and Smallwood treat it all as delusion—and slowly peel off the parts that are actually based in reality.

It is a rare comic that I can’t see where it’s going, and this was just such a book. A terrific read, whether or not you’ve been a Moon Knight fan since you were twelve (I have). 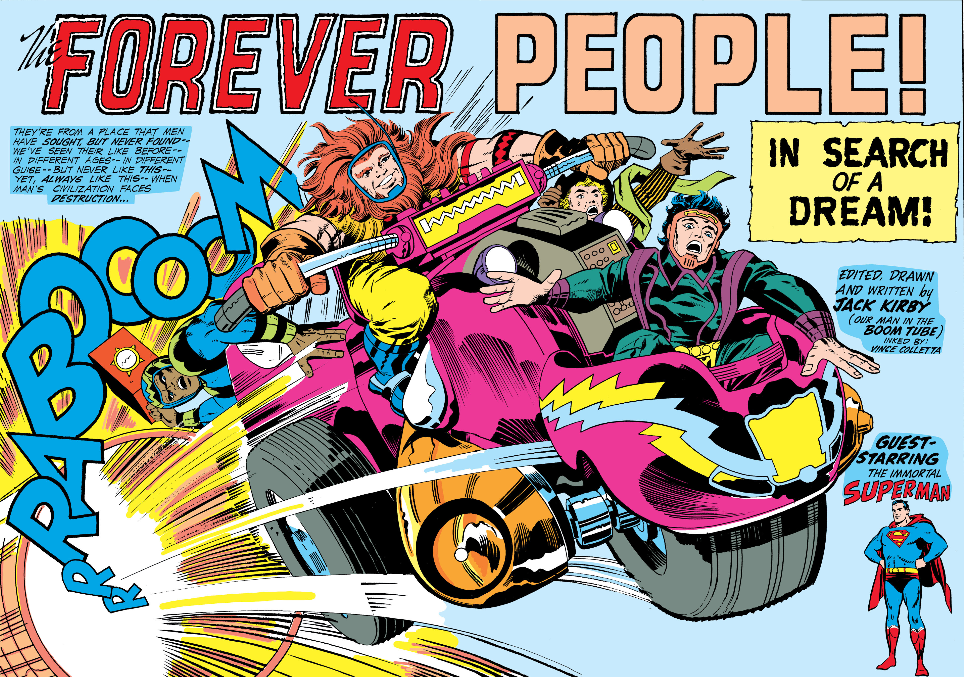 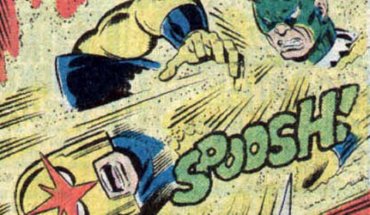 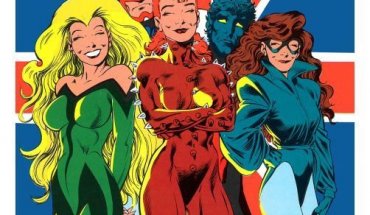