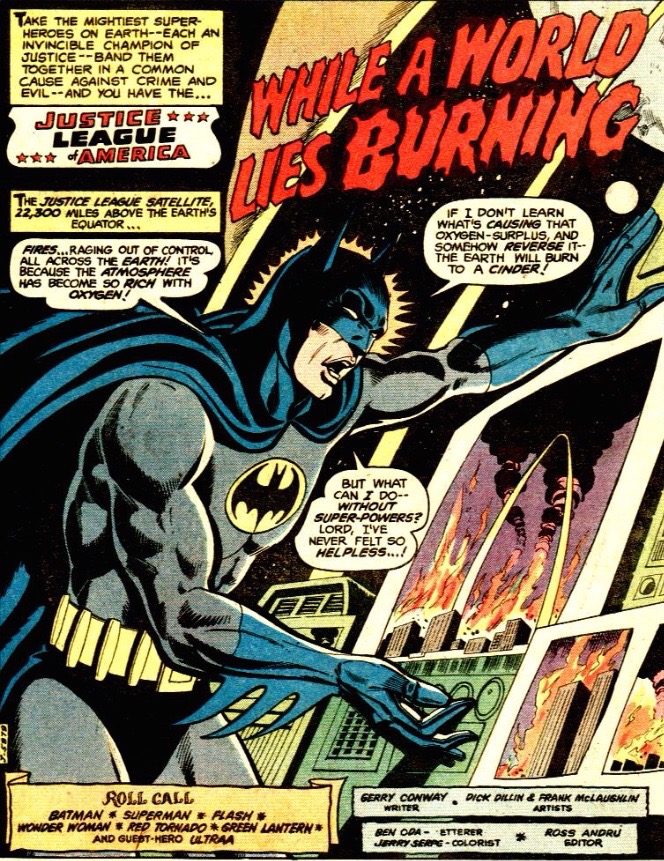 To fans of Gerry Conway, I apologize, but I can’t stomach this run. It’s not even terrible, just boring. Borrrring. Part of the problem is that it’s so dated. I mean, look at the characterization of Batman, above. Who even is that guy?

In #166-168, we get to see the first time Zatanna wipes the memories of villains who learn her compadres’ secret identities. The same plot point is used decades later during identity crisis, and it makes Batman quit the JLA. So we do get to see the germs of some good ideas that just, sadly, are executed in a very stilted, old-fashioned style. And I don’t hate all comics from the late 1970s. I know I’m a Marvel zombie, but lots of Marvel books were much better during this time period. Heck, Batman was a solid title at this time. 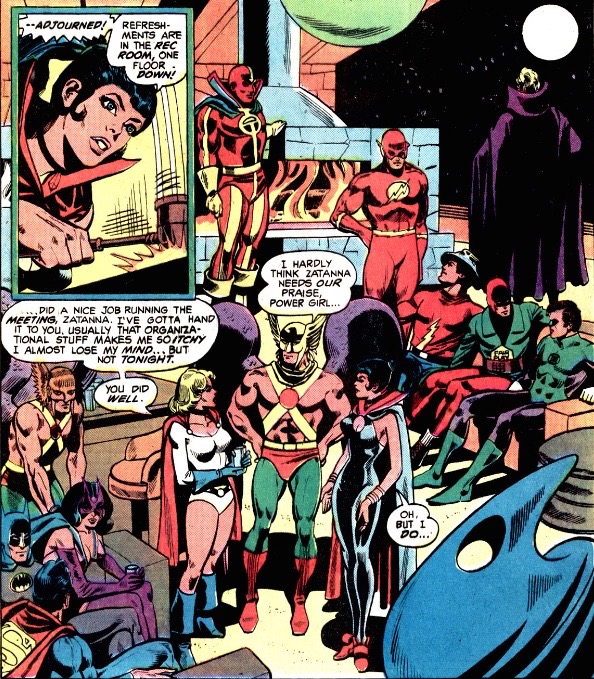 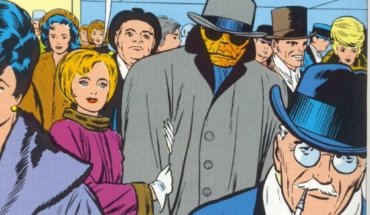 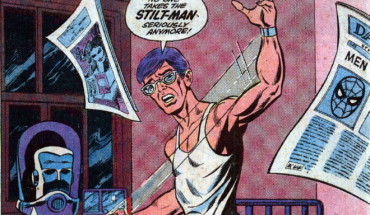