Much has been said (by me) about how bad Man of Steel and Batman v Superman did at providing us with clearly defined, satisfying characterizations of the worlds’ most famous superheroes, and although the movies did make money they made far less than Warner Bros. had hoped. There have been several shakeups in the movie line, but now Charles Roven—who is kind of like the Kevin Feige for DC’s movie line—is being moved out of his chair. The duties will now be shared by Geoff Johns and Jon Berg. After several last-minute reshoots, Suicide Squad will arrive on August 5. The previews seem to indicate a movie that can’t decide whether it wants to be Deadpool or X-Men, but will wind up being Fantastic Four. And in a move that seems about as desperate as putting Margot Robbie in short shorts in every preview, the movie is now rated PG-13. Dude. If you’re gonna go R, just do it. Half-measures feel weak and useless.

And speaking of Deadpool, how cool is it that the top two movies of the year in terms of money are Civil War and Deadpool, and how even cooler is it that they’re arguably the top two in terms of quality as well? Deadpool was innovative, well-directed, well-written, and added something very fresh and different to the superhero genre, and Civil War proved that a continuity-laden comic book movie could not only be a success but could be one of the best examples of the genre of all time? It also proved you can have a movie that is stuffed with characters that doesn’t sacrifice character development (Black Panther has the strongest arc I’ve ever seen in a superhero movie) and doesn’t end up being so heavy with plot that you get lost in the detail. Once again, DC, you have a lot of learning to do.

And as for X-Men, I saw Apocalypse and…It wasn’t as bad as everyone is saying. The standout scene is, of course, Quicksilver’s big one—not only because of how incredible it is visually, but because the movie was very dense and he broke it up by being someone the viewer could really connect with, instantly. The X-franchise is starting to buckle under its own weight and they need to do a lot better next time, but it wasn’t a bad movie. (And don’t talk to me about the time-travel paradoxes—I get it, there must be at least two Wolverines now because…No, no. I’m not going to get started on that.) 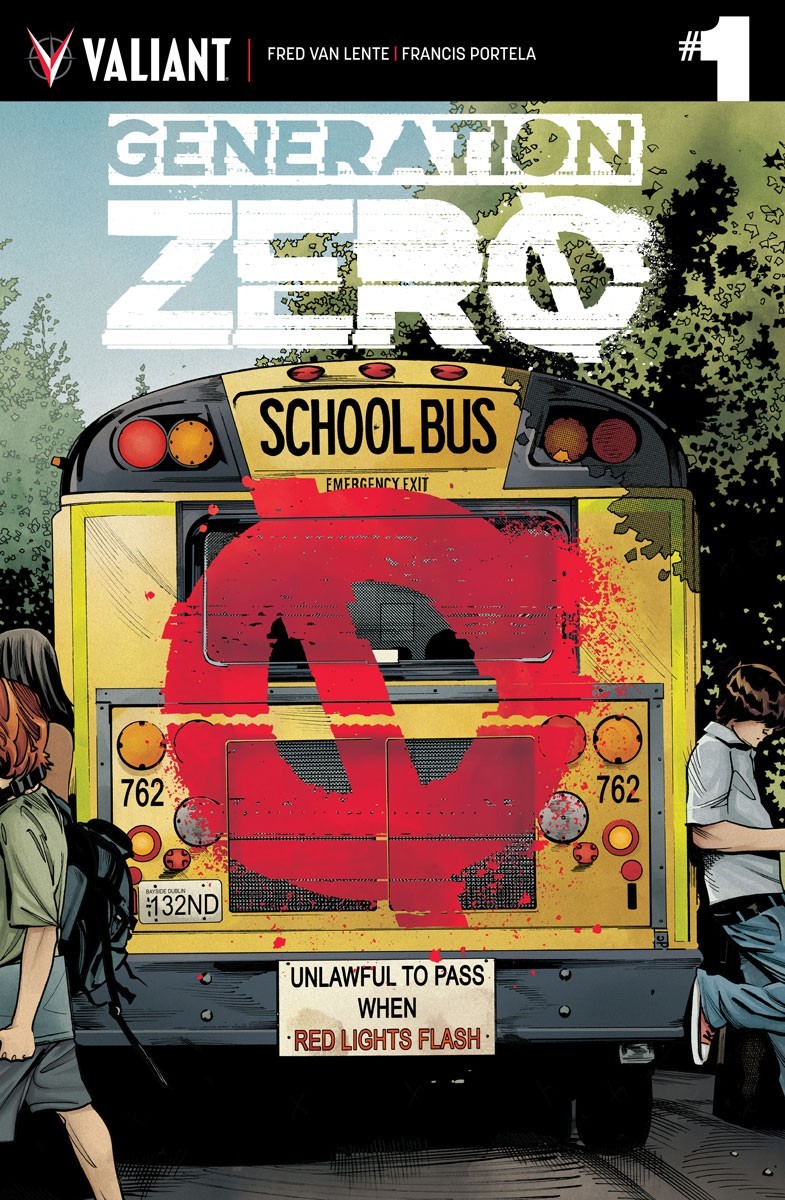 UNLIMITED COMICS FOR $5.99 A MONTH! I read nearly all my comics on an iPad, pulling from a variety of sources including Marvel Unlimited, Image’s direct-sale .cbr version, and, of course, ComiXology. So I’m thrilled that the leading provider of monthly digital comics now offers unlimited reading, for $5.99 per month, of most of its non-DC/Marvel library. I understand Marvel is declining to participate because its own “Unlimited” service is doing well, but if we could just get all my comics on a single platform I would be ever so grateful.

VALIANT COMICS. I have to confess that I don’t have time to read any more comics than I already do, but if I did, Valiant’s stuff would probably top my list. I’ve sampled a bunch of their books, and I’m almost always impressed by the quality, even if Bloodshot is the only one I read regularly. They recently announced their publishing plans for the next year or so, and they include some very cool stuff: An ongoing series for Faith, an overweight female superhero created by Jody Houser and Francis Portela; Britannia by two brilliant creators–Peter Milligan and Juan Jose Ryp—about a supernatural detective in the Holy Roman Empire; Generation Zero by Fred Van Lente and Portela, about a government conspiracy to create a cadre of psychic assassins; and an event centered around Bloodshot. It all makes me wish I had more time to read comics! 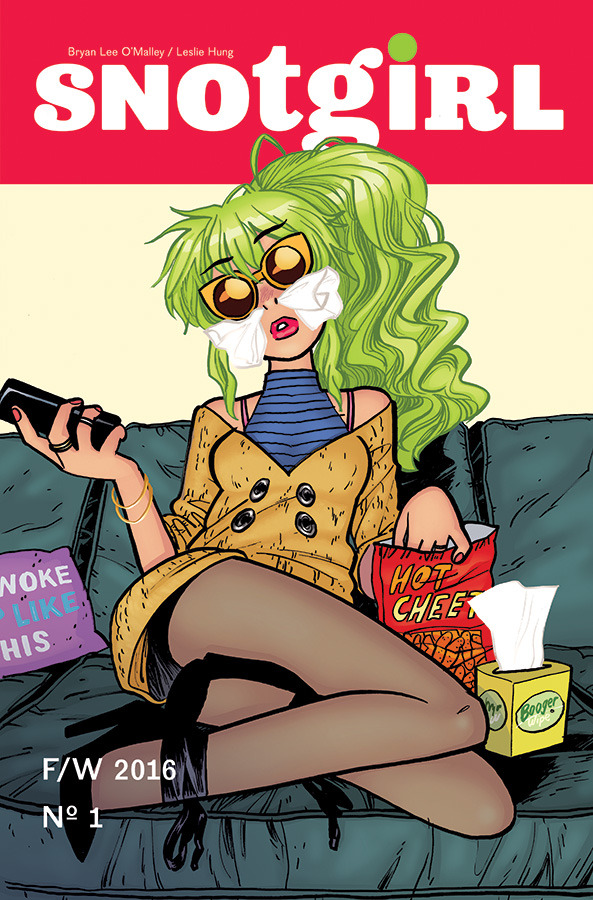 MORE JOHN CARPENTER HALLOWEEN! The first Halloween is probably my favorite horror movie of all time. It’s either that or Night of the Living Dead. So I was thrilled to read that the originator is coming back for the tenth Halloween movie! Sadly, it’s only as executive producer, but he seems to be saying he’ll have an active role.

SIX PACK AND DOGWELDER: HARD TRAVELING HEROZ. Garth Ennis’ All-Star Section Eight, which got a little buried by Marvel’s Civil War last year, was the funniest—and one of the best—DC miniseries I’ve ever read. He’ll be returning, with artist Russ Braun, to the same characters in August–Green Lantern and Green Arrow will team up with Sixpack and Dogwelder in the story, and Bueno Excellente and Guts will appear as well. Can’t wait.

OFFICER DOWNE. Joe Casey wrote both the comic, a creator-owned one-shot about a cop who keeps getting shot but coming back to life, and the screenplay for the film that just debuted at the LA Film Festival. (Chris Burnham was the artist on the Image Comic.) Kim “Sons of Anarchy” Coates plays the titular role. According to Casey, the movie is a faithful adaptation of the (extremely violent) comic. I hope it gets distribution so I can actually see it in a theater.

LEGION. It’s a little baffling, but FX will be producing a TV series about the schizophrenic X-Man named Legion, who the son of Professor X. The show creator is Noah Hawley, who did a good job remaking Fargo into a TV show, and the show won’t tie to the greater X-Men universe, but will feature X-Men characters. The series will star Dan “Downtown Abbey” Stevens, Jean “Fargo” Smart, and Aubrey “Parks and Rec” Plaza.

GROOT’S SOLO ADVENTURE! No, it’s not a movie, it’s a cartoon. Marvel animation is producing TV shorts about Rocket Raccoon/Groot and Ant Man.

AND SPEAKING OF CARTOONS…DC’s Killing Joke arrives on July 23, and the next Warner Bros. Animation feature will be Justice League Dark. Guillermo Del Toro had talked a lot about doing a live-action movie about the “magic” side of the DCU, but it looks like they’re going small instead. I bet it will be good, though, since DC’s cartoons are almost always excellent—the opposite of their live-action films.

MANDRAKE. Why Warner Bros. would want to make a movie about the old comic strip magician, Mandrake, is beyond me, but they’ve signed Sacha Baron Cohen as the lead so…Now I’m curious.