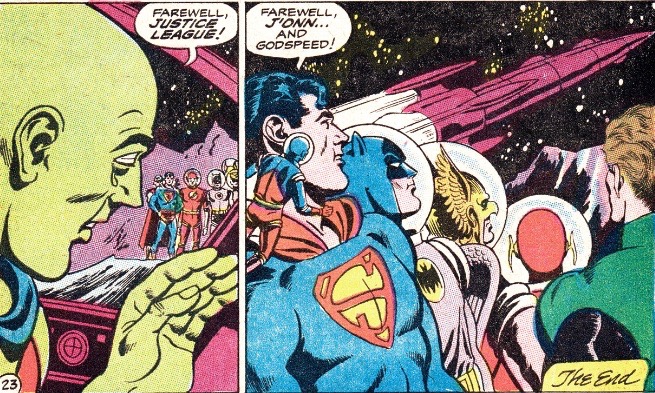 It is here that Denny O’Neil really comes into focus.  A great issue in which Martian Manhunter J’onn J’onzz learns that his home civilization on Mars has been destroyed, and he resigns from the JLA to search for Matrian survivors and find a new homeworld for them.

Martian Manhunter is one of my least favorite major DC characters, but in this comic he seems to have a reason to exist other than to be ridiculously powerful and yet never seem to be able to use his power the same way Superman uses his.  But the main reason I’m focusing on this issue today is panels like this: 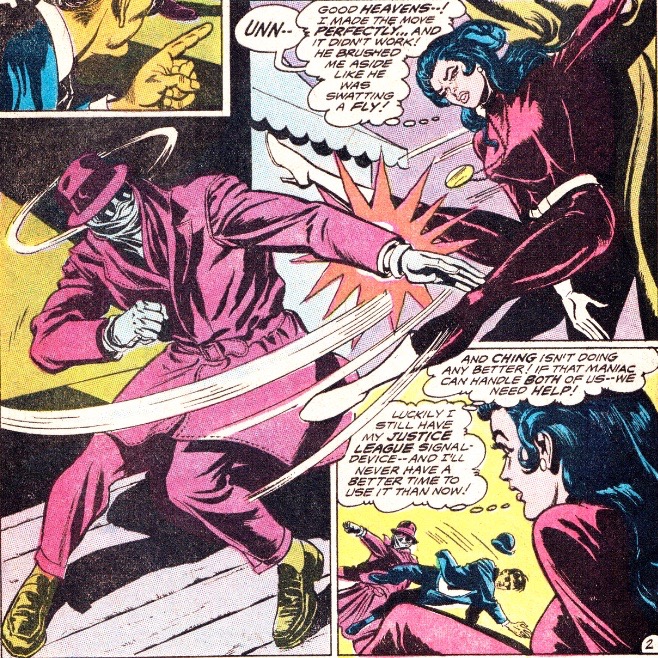 This looks an awful lot like the kind of wonderful work Denny O’Neil would do with Neal Adams, just a few years later, on titles like Green Lantern/Green Arrow and Batman.  It’s kind of off-kilter, full of motion, and uses heavy shows to establish the mood.  It makes me wonder how much direction O’Neil gave artist Dick Dillin, or whether this was just the general trend in comics at the time (or both).

The problem with DC is that this comic never happened.  The modern origin of J’onn J’onzz is that he came to Earth AFTER his people were killed off on Mars, and he never went into space to help them colonize a new world.  His new origin is much like Superman’s—this story, by Denny O’Neil, makes Martian Manhunter a much more interesting character: Unlike Superman, he wasn’t rescued from destruction.  Instead, he left his people behind and was not there to help them defend themselves.

DC has rebooted its own continuity so many times that even a guy like me, who reads a decent amount of DC books, can’t tell what’s canon and what’s not.  But this clearly is not. 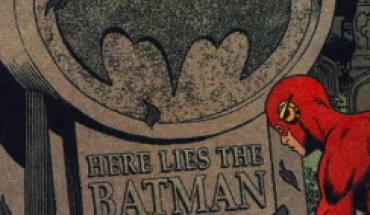