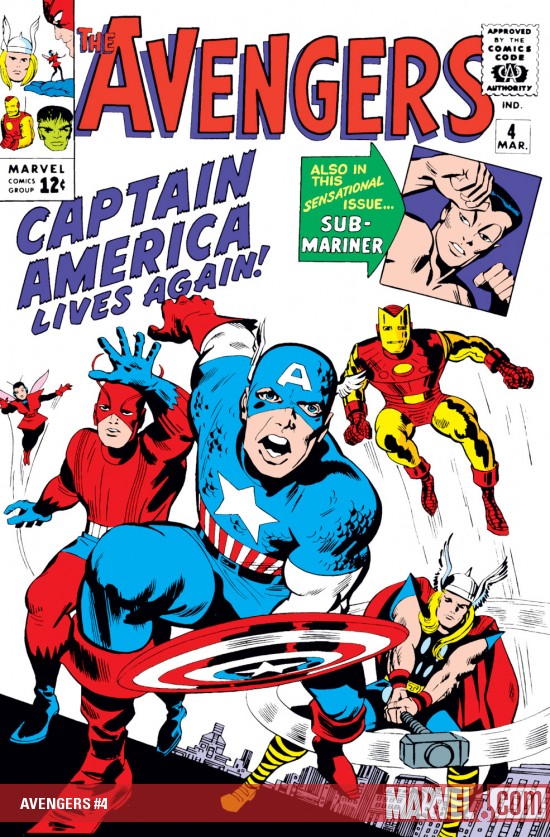 Captain America was created in 1941 by Joe Simon and Jack Kirby.  He was hugely popular during WWII, and then the comic book industry went down in flames.  In the early 1950s, nobody was buying comics and nobody was publishing them–it was a time of tremendous cultural paranoia, and comics were seen as evil tools that corrupted the innocent.  A resurgence started in the early 1960s.  On January 3, 1964, Marvel Comics offered The Avengers #4 to its readers.  It brought the character back–in continuity.  Nobody had ever tried anything like that before.  DC had many, many Golden Age characters, but it never really tried to reconcile them with present.  The concept of canon and a shared universe was Stan Lee’s biggest contribution to the industry.