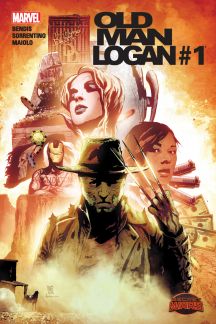 To paraphrase Ronald Reagan for Marvel fans: “Are you better off today than you were before May 1, 2015 (when Secret Wars started)?”

A whole bunch of the post-Secret Wars, all-new, all-#1s publishing slate has been released by Marvel—well in advance of the final issue of Secret Wars, which now won’t come out until January. It takes a lot of the wind out of the “biggest miniseries event of all time” to see that most of the characters are returning to status quo—the only thing that’s changed are the marketing opportunities (traditionalists can keep reading Amazing Spider-Man, while fans of diversity still have Miles Morales, and the Tumblr

crowd has Spider-Gwen). But what about the comics themselves? Are the stories any better? Are the creative teams more interesting?

The good news is it’s not all bad news–unlike DC’s “New 52,” which mostly took the same creators and put them back on the same characters, or slightly mixed around DC’s existing house of creators, and then immediately started recycling stories you’d read before (e.g., Doomsday) and ruining the ones you hadn’t (e.g., Grant Morrison’s Batman), AN,AD Marvel has introduced some new characters and teams, revived some fan favorites, and noticeably changed around some old ones–notably Peter Parker and Tony Stark.

But there are similarities: A year after DC’s reboot I read fewer DC books than I had before the reboot. I suspect the same will be true for me of Marvel.
So because I am a nerd with absolutely no life, I’ve taken the time to review Marvel’s pre-Secret Wars lineup, and I’ve read at least one issue of every single All-New, All-Different (AN,AD) title to answer the question, “Are you better off today than you were before May 1, 2015?”

Let’s find out! Hit next, and we’ll kick off with a discussion of the Avengers!

(Note: This is about monthly books only; it doesn’t include Star Wars books, movie tie-ins, one-shots, or anything not set in the Marvel Universe.)