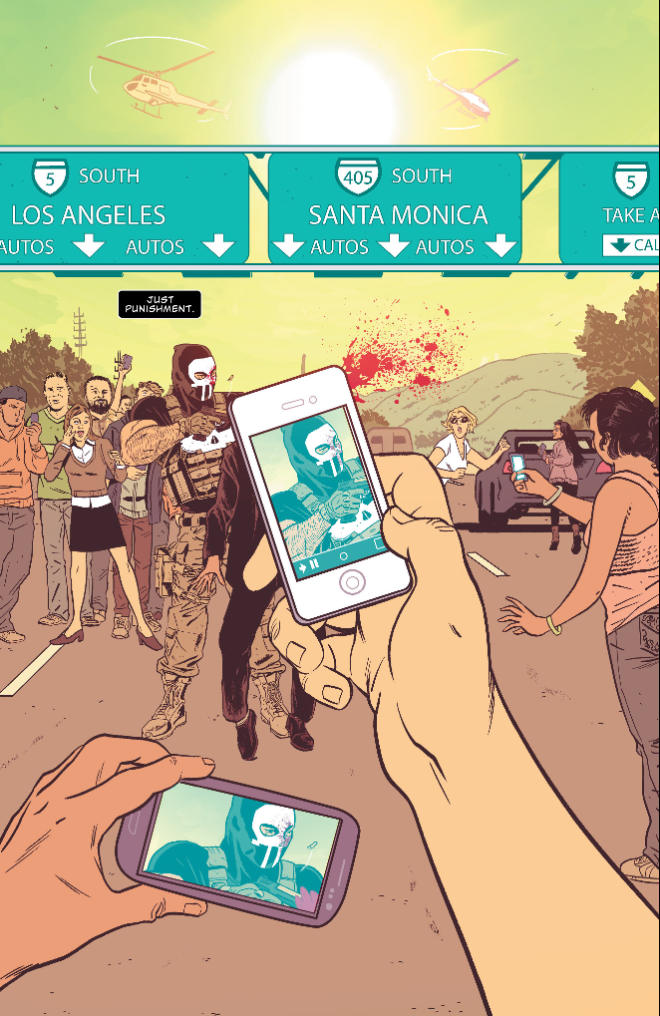 I had a hard time warming up to Edmondson and Gerads’ take on Frank Castle. When they brought him to Los Angeles, he seemed like a different character—almost like a nice guy. But about nine issues in the series started to really cook, up to the point where in issue #16 he went straight to DC to fight political corruption. Yes, that’s right. Punisher vs. politicians. You wouldn’t think it would work, and by the end even he realizes he’s out of his element. The book also got exceptionally violent (in the above full-page panel he executes a prisoner in front of the police and dozens of onlookers). This creative team took Punisher somewhere he’d never been before, and in the end it was another great run in a series of great runs—coming on the heels of Greg Rucka’s excellent Punisher vs. The Avengers storyline, which itself followed Rick Remender’s extended run (and some of Remender’s best work). The only flaw in this book was the rushed ending. I got the sense the creators had more to do here, but Secret Wars forced it to end.

It’s already got a movie deal in the works, and it should.  This was easily one of the creepiest, most haunting comics I have ever read. 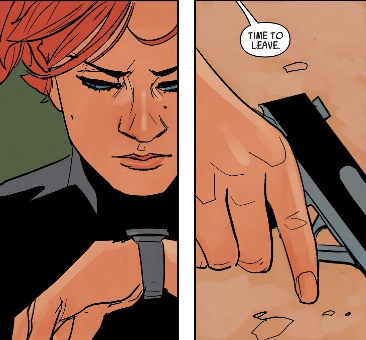 Like Ant-Man, which appeared earlier in this list, I was skeptical about this book when it launched in 2014.  Also like Ant-Man, I’d never read a good solo story featuring this character, and it appeared to be simply capitalizing on movie fame.  Not that there’s anything wrong with that, but I tend to prefer books that get started because someone has something new to say about a character.  Plus, I’ve never found Black Widow to make much sense. She started out as basically a girl who could sleep with male characters like Daredevil and Hawkeye, and never seemed to progress much beyond that.

Edmonson and Noto cleared her up for me. With art that emphasized color over shadow and a story that emphasized love over revenge, these creators changed my understanding of Natasha Romanov from a one-dimensional “super spy with regret” to a woman trying not to escape her past but, instead, make use of it. As Henry Ford once said, “The only real mistake is the one from which we learn nothing.” This book will be sorely missed.

It’s touching emotional moments like this, recognizing the power of the brush of a hand, that make this horror comic about immortal witches rebelling against God well worth your time and money. Beautiful artwork, wonderful character work, and a truly shocking and surprising story. I thought for sure I’d read the first issue of this book and want to tell Gabriel Hardman to shut up and draw. But it turns out, he’s written a complex story spanning two generations—a reporter in the future is investigating the fall of a galactic empire at the hands of rebels, while simultaneously we see that story actually unfold in the past. And the art, by Corinna Bechko, actually made me not miss Hardman’s own work. I’m not a big sci fi guy—but this book is more of a mystery than a dystopian epic.