OK, the title of this post is a little tongue in cheek.  But we had a bunch of “period pieces” this year (actually, Marvel’s whole event might be viewed as a bunch of period pieces, each set during a different point in Marvel’s history).  These were some of my favorites.  Think of this list as an appetizer.  It was a great year for comics, and we’re just getting started looking at the embarrassment of riches the medium gave us in 2015.

Based on interviews with actual servicemen, a book about the experience of returning home from war with PTSD.  As someone who works around the disorder every day, I can tell you this is one of the more realistic depictions I’ve seen in popular culture.  This book is a great example of how the comic book medium can be used to express real issues in a way other media cannot.  It’s recent history, but it’s a sobering history lesson.

This is not Grant Morrison’s best work, but it’s far from his worst.  The use of tired and familiar jokes (like the one above, from Parks and Rec) makes it feel a little lazy. But it’s still pretty neat to see an origin story for Saint Nick. 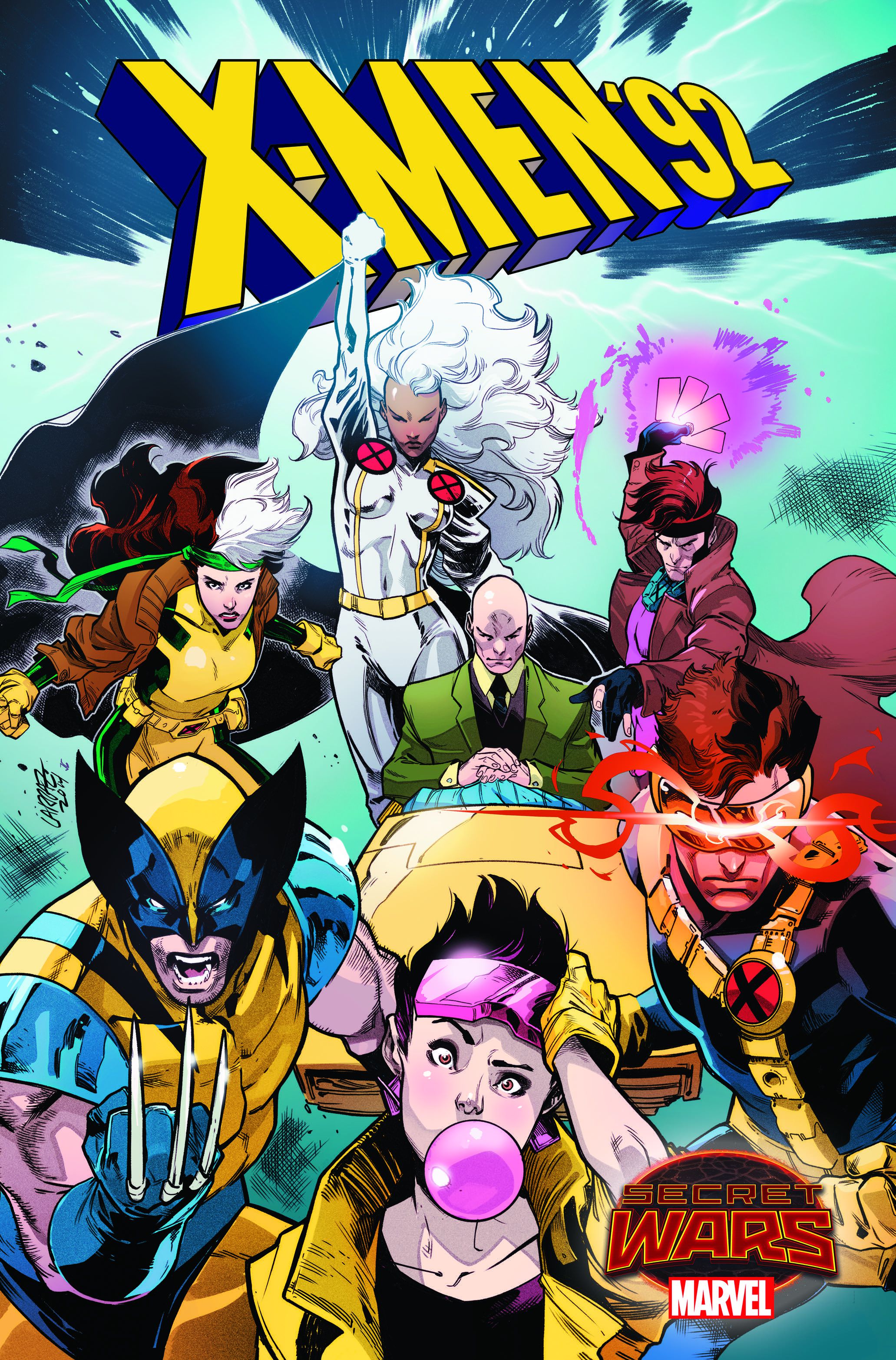 Okay, this isn’t brilliant or anything, but man was it fun to read.  If you ever watched the X-Men cartoon it’s based on, you’ll love it.  It’s a celebration of all the 1990s madness so many of us grew up on and loved.

7.  The Fade Out by Ed Brubaker and Sean Phillips (Image). This murder mystery set in Hollywood’s Humphrey Bogart era is the kind of  “mood” comic that Brubaker/Phillips excel at.  It’s also got enough “reality” mooring it to the wonderful Golden Age of film noir that cinephiles like myself can read this the way crimewatchers viewed The Godfather: No, all the people aren’t real—but they represent people I’ve read about and seen on the screen.  The book has been steadily rolling along for a while now, and the characters in this book keep getting richer as the relatively simple murder mystery moves forward. The truth about Russian folklore hero and spiritual hero Grigori Rasputin is impossible to trace—he is a character of legend, who is said to have been able to revive the dead, control the Prime Minister of his country, and even speak with God.  This comic tells two stories: In one, Rasputin, an immortal, continues to live in the present day, and in the other we watch the Russian legends unfold.  It’s a great tale, and Rossmo’s art is simply phenomenal.