This time, it’s all fast bullets by category…Let’s have some fun!

BECKY CLOONAN ON PUNISHER! But no, it’s not what you think. One of the greatest artists in comics will be…Writing a new Punisher book. Oh well. I’d love to see her draw it.  But her writing on Southern Cross has been pretty darn cool.

Perhaps the really big news is that Steve Dillon will draw it—he’s the one who drew the infamous “Welcome Back Frank” storyline for Garth Ennis, and also the critically acclaimed

Punisher MAX book by Jason Aaron. The new Punisher series will start with an arc about street hoods getting a hold of the super soldier serum. Which doesn’t really make sense. If there’s enough of that serum that it can get out on the streets, why isn’t everyone taking it?

LAZARUS ON HIATUS. If you’re a fan of the Image comic by Greg Rucka and Michael Lark, you’ve already read #21’s huge finale. It will have to hold you for about four months, as they are stepping away for a respite. Not sure why Image Comics wants to break momentum for trade paperback cycles—it’s kind of stupid, if you asked me, because a lot of us will forget about it in four months and be on to something different. Plus, I want more of this fantastic book! planned as an 18-issue sci fi epic about the kidnapped wife of the Earth’s emperor, way way way in the future. Hm.

WORST X-MAN EVER. No, it’s not a solo book about Goldballs. It’s a digital Marvel comic, arriving in December, by Max Bemis and Michael Walsh about an insecure mutant who thinks he is…The worst X-Man. It’s still not clear where we will be in terms of the Marvel Universe come December, when the Secret War is over and Dr. Doom’s manufactured reality fractures and splits apart, but it seems there will still be alternate realities—and this will take place in one of them.

MORE DEADPOOL. Rob Liefeld is returning to Deadpool, to write a graphic novel with the team who wrote the terrific digital comic X-Men ’92 (Chris Sims and Chad Bowers). No word on what the book will involve, but I’m sure we can expect lots of Deadpool as the movie approaches. For better for worse.

MORE IRON MAN. Brian Michael Bendis first issue of Invincible Iron Man was the best-selling book of October, so naturally Marvel is launching a second title—this time by Bendis and his old Daredevil/Moon Knight partner, Alex Maleev. Invincible #1 didn’t move me at all, but this one will definitely get a good look from me.

AND WAY TOO MUCH NIGHTHAWK and HYPERION. Marvel’s answers to Batman and Superman (or Midnighter and Apollo) will each get solo books in 2016. And like the heroes they spun from, the two will also get a “pair” book, as they attend college together. Marvel is clearly, shamelessly paralleling the publication path of these characters to what DC has done. Why do we need this? I have no idea.

SHERIFF OF BABYLON. Tom King is one of the more exciting new writers in comics, particularly with his work on Omega Men, so I’m excited to see how he handles a creator-owned book. This Vertigo comic, based on his personal experience in the CIA in Iraq, will team him up with Mitch “Punisher/The Activity” Gerads. I can’t think of a better artist for it. This is probably one of the books I’m most excited for in the coming months.

CABLE JOINS UNCANNY AVENGERS. It will happen with issue #2. Too bad issue #1 was so bad. Marvel was doing some really good stuff, then Secret Wars came and the overall quality of their regular books is slipping dramatically. Or, I’m just getting too old for this sh#t.

Hit next for TV and movies! 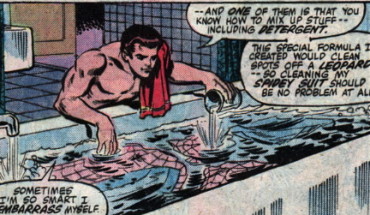 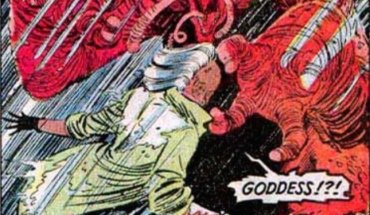