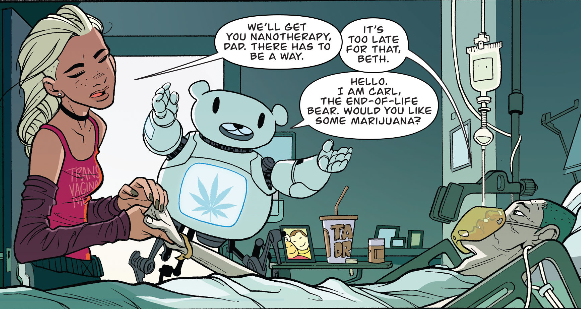 The only reason I can think of is that you’re judging a book by its cover or its past.  Prez was a 1960s cult book that, let’s face it, was really, really bad.  It was about a teenager who became President but it lacked any meaningful political insight or even clever satire.  It’s a damn shame that the new book by Mark Russell and Ben Caldwell has such a lame origin, because this new book is startlingly good.  it touches on the future of current controversies, like in the panel above where marijuana isn’t just legal, it’s provided by robotic Care Bears.  It’s like the stoners have taken over the hospital! 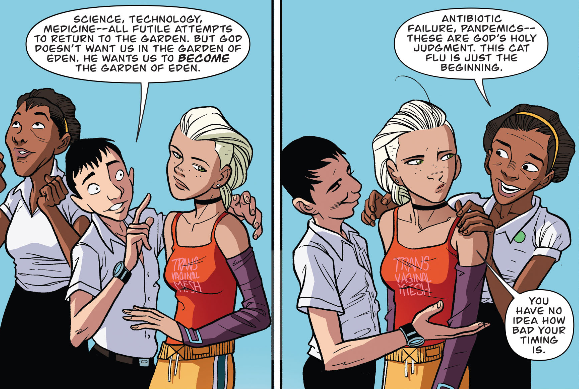 But this is just one idea of many—they come fast and furious, tossed off casually like it’s done in the best Sci Fi novels.  There’s another one, above, about how in the future there are cults who try to catch colds.  That’s a whole movie, right there.  Or at least the germ (pun intended) of a story that could lead to a futuristic indie flick. 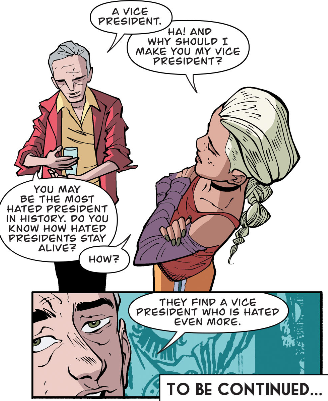 Perhaps the best thing about it is how it turns its own concept on its head: A teen girl becomes President, but it’s the rich old white men who act like stereotypical teenage girls.

There’s also some basic political insight—certainly, this isn’t the first book to point out that political strategies are often based on having disastrous Veeps, but not many comics really talk about politics in anything other than a superficial (“all politicians suck and are evil”) or dystopian manner.

The book was originally solicited as a 12-issue series, but it looks like DC is now planning to cut it short.  It’s a Goddamn shame.  We all complain about how the Big Two never do anything fresh or different, and here DC is doing just that—and we’re not supporting it. 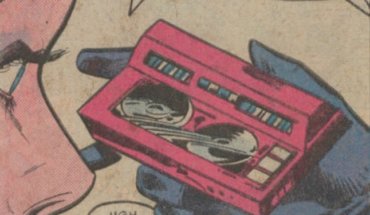 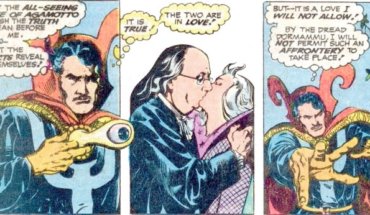 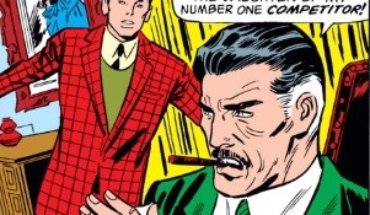