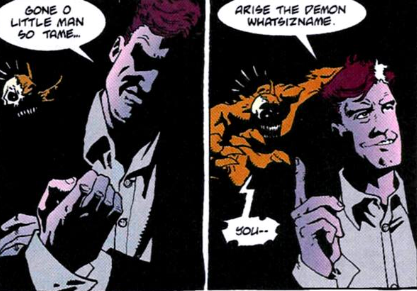 Garth Ennis’ treatment of The Demon was fairly similar to Marvel’s Hulk character (and ironically, both were created by Jack Kirby). Specifically, at the end of his run Ennis sent Demon to Hell, where Jason Blood separated from his internal adversary–just like John Byrne did to the Hulk. And also like Byrne’s take on Banner and Hulk, Blood and Demon were adversaries–and Blood outsmarted his super-powered other self.

It’s too bad this happened so close to the end of Ennis’ run because I bet he could have done a lot with this concept. But he went on to do great stuff on the Hitman solo series, so I can’t be sad he left Demon less than a year after this issue. 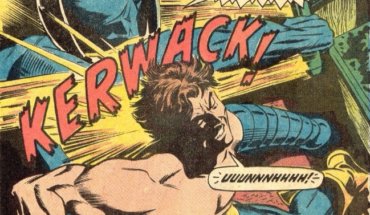