I love Daredevil.  Love, love, love him.  I’ve read every single issue of Daredevil ever published, in fact.

I know I’ve done a top 20 DD stories of all time.  (And a top 10 post on Kingpin comics.)  But a lot has happened since I made my first list.  For one thing, I’ve read every single issue of Daredevil ever written since I wrote that list.  For another, Mark Waid, one of the industry’s most innovative storytellers, took over Daredevil and moved the character in a direction he’d never gone before.  And Brian Michael Bendis and Alex Maleev returned to the character with End of Days.  And perhaps most important of all, Comic Books Should Be Good published their “best 75 DD stories” list, based on reader input.  So, lots of reasons for my reexamination.

For giggles, I’m going to also publish in my new list where the book fell in the CBSBG reader poll and in my old list.  Nerd cataloging fun!  As I did this list, I found my old numbers getting really jumbled up.  It’s so hard when you’re looking at stories as great as these to decide what goes where.  So, some of this is really random—based on what I remember right now as I organize the list.

Let’s start with the ones that didn’t make it back into my list, and then launch into the top 20.  No.  Wait.  Let’s make it 25.  Because you can never have too much Daredevil. 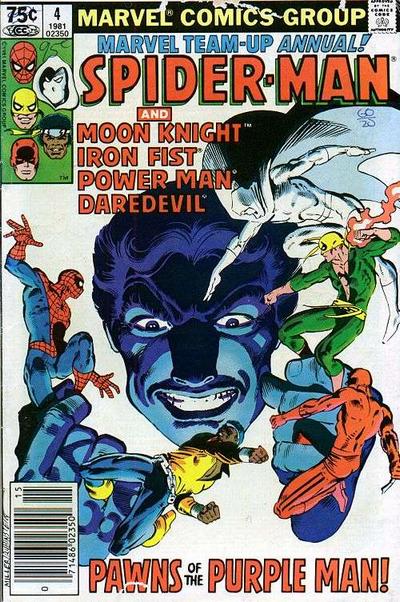 Pawns of the Purple Man (Marvel Team-Up Annual #4).  I still love this comic, but it’s really a team up with Power Man, Spidey, Iron Fist, etc.  It’s not really a DD story…