https://www.youtube.com/watch?v=fk24PuBUUkQ
Let’s start with Ultron news…The “yesterday is now” teasers of everything from Secret Wars to Civil War have started to get more detailed.  In April, we’ll get a series of three oversized one-shots (one for each of the “main” Avengers books: New, Uncanny, and plain) in an “Ultron Forever” miniseries written by Al “Mighty Avengers” Ewing and illustrated by none other than the great Alan Davis.  The story will feature an Avengers team led by Dr. Doom fighting in a future where Ultron rules the roost, along with more (exhausting) time travel to bring in all kinds of other Avengers: Hulk from the 1960s; James Rhodes’ Iron Man from the mid-1980s; Walt Simonson’s bearded Thor; and others.  I’m willing to give this a try—I love Alan Davis—despite my being sick of all the time jumping, and the fact that it’s obvious pandering to the Avengers movie lineup in the summer sequel Avengers: Age of Ultron. And speaking of the sequel to The Avengers, the movie is in reshoots to punch up the action sequences and Marvel Studios has already let it drop that the three- and four-quels, Infinity War Parts 1 and 2, will be filmed simultaneously beginning next year.  Strange that the movies aren’t slated for release until 2018 and 2019.  Guess they’re worried about the cast getting too old, and too famous, to shoot the films later.  But if the filming is all done, why wait a year between them for release?  I mean, anything can happen between now and then—and it’s not like Marvel is hurting for content for future movies.

But the effects of their expanding movieverse can be…Frustrating.  To wit: 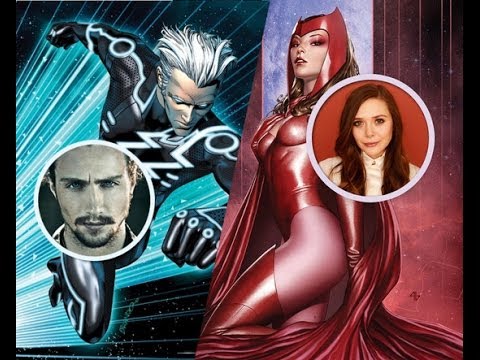 THE MARVEL UNIVERSE GETS RETCONNED AGAIN TO FIT THE MOVIEVERSE.  First, they killed off Nick Fury and brought in a black Nick Fury “Jr.”–with an eyepatch.  Now, they’re dealing with the fact that there can’t be mutants in the Marvel Cinematic Universe.  In the latest issue of AXIS (a miniseries that feels like it should feel important but instead is criminally dull), Scarlet Witch either casts a spell that makes Magneto not her father anymore or that reveals he never was her daddy in the first place.  Just have her say “no more mutants,” make everyone an Inhuman, and be done with it.  So annoying.

JIM STARLIN DRAWS THANOS!  Jim Starlin created Thanos, and is one of my favorite artists of all time, but lately he’s been more of a writer than a drawer.  That ended this month with the release of “Thanos vs. Hulk #1,” which he’s both writing and drawing.  The tale also includes Pip the Troll, Blastaar the Living Bomb-burst, and Annihilus.  I have to admit, I haven’t read it yet (with miniseries, I sometimes wait for a few issues to stack up)—but I’m excited.  Obviously, I’m a Thanos fan. IT’S OFFICIAL: DEADPOOL RETURNS.  Or, more precisely, Ryan Reynolds returns to reboot the role that was (not his fault) completely screwed up in the first Wolverine movie.  But Marvel ain’t the only comic company with movies in the pipeline…

DARK JUSTICE LEAGUE MAY ACTUALLY HAPPEN!  I have to admit, based on Man of Steel I’m really not excited for the slew of DC movies promised and helmed by Zack Snyder.  But Guillermo del Toro doing a super-hero black magic movie?  I am so there.  Apparently, del Toro has finished writing the movie, which could feature the likes of John “I already got a bad movie and a decent TV show” Constantine, Zatanna, Deadman, Swamp Thing, and others…This sounds like a concept that could actually move the entire superhero movie genre forward.  Which means it probably won’t ever happen.

SUICIDE SQUAD.  An exception to the comment above about how DC movies look generally bad: The 2016 Suicide Squad DC movie that’s definitely a go, definitely looks promising announced its casting: Jared Leto as Joker, Will Smith as Deadshot, Thomas Hardy as Rick Flag, Margot Robbie as Harley Quinn, Jai Courtney as Boomerang and Cara Delevigne as Enchantress.  And the big (no pun intended) rumor: Oprah Winfrey as Amanda Waller!  It’s about time this comic got the recognition it deserves.  I thought I was the only one!

TIME TO EAT DONUTS.  And in a last piece of DC movie news, Jason Momoa has been signed for four movies as Aquaman.  If that were me, I’d get real fat real fast.  I mean, who doesn’t want a fat Aquaman?  Plus, it’s realistic: All that blubber would keep him warm in the ocean depths.

FLASH VS. LUKE SKYWALKER.  Turning to DC TV news, Mark Hamill is coming to The Flash as Trickster, a role he first played in that terrible 1990s Flash show (and one he reprised in the cartoon Justice League Unlimited).  Hamill has a good history as DC villains, having been The Joker on many animated Batman shows and films. 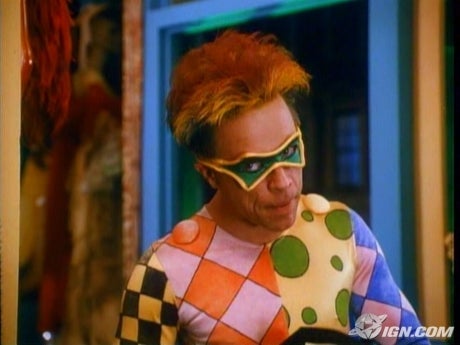 G. WILLOW WILSON TO WRITE X-MEN.  The author of one of the best comics of the decade, Ms. Marvel, will write a four-issue arc (beginning with issue #23 in January) featuring Storm, Psylocke, Rachel Grey, Monet and Jubilee.  Why?  Because she just signed an exclusive deal with Marvel.  Let’s hope they make good use of her, and don’t waste her on generic “big stories” that anyone can write.  She has an unusual talent for characters and slow-growth narrative—give her a Runaways reboot, or maybe even Machine Man, and she’ll knock it out of the park.  Don’t waste her on the death of Wolverine 2 or whatever.  They already proved with Charles Soule that once a remarkable talent gets put on an “epic” story they quickly become unremarkably generic.

MANHATTAN PROJECTS ON HIATUS.  Jonathan Hickman and Nick Pitarra’s revisionist history comic about the role of mad scientists like Albert Einstein and mad politicians and soldiers like General Westmoreland and Vice President Johnson has been a book I’ve read in trade form only.  I find it works better for me, since the story is pretty “big” and the cast is huge—I think I’d lose track of the tale if I read it in 30-day chunks.  Hickman said in the last issue that the book is going to sleep for a few months, but promised it will return in March in a new “format.”  This last issue wrapped up a lot of the threads that dated back to issue #1, so it makes sense it might come back as something new.  I imagine he’ll move it forward in history to the 1980s or ‘90s—but that’s just my guess.  He did promise: “Gone will be the sprawling ensemble narrative that moves each individual character’s story incrementally along, and replacing that will be tight arcs focusing on a single (or few) characters.”  MP is a book that hasn’t gotten the kind of widespread recognition or acceptance of so many other Image Comics—I hope this gets more eyes on it.  It’s weird, it’s rude, it’s often mean and nasty, but it’s also hilarious.

MIAMI VICE…THE COMIC!  I wouldn’t normally write about this for several reasons, not the least of which being that IDW comics are usually pretty bad, but “Miami Vice Remix” will be written by Joe Casey.  You may know of Casey’s great comic book work like his classic runs on Cable/Deadpool or Superman, or you might have read my feature on Godland.

Or you may know his edgier, award-winning work like I Kill Giants, Officer Downe, or (a personal favorite of mine) Codeflesh.

He’s certainly been a writer that’s made an impact on the industry as part of Man of Action Studios, the producers of Ben 10, Marvel’s current animation slate on Disney XD, and Big Hero 6.  So, this may be good.  On the other hand, it may just be a paycheck.