As I mentioned yesterday, one of my favorite blogs, “Comics Should Be Good,” is running a poll of the best writers and artists of all time.  I’ve certainly put a lot of thought about this into the past, but it’s always fun to make lists!  So, I made one quickly off the top of my head—without researching or anything to make sure my gut feeling today is the same as my well-thought-out opinions of the past.

Yesterday, I posted my favorite artists.  Today, the harder category: My favorite writers.

Follow this link if you want to play along, but if you do, please drop a comment and tell me your picks!

(off the top of my head) 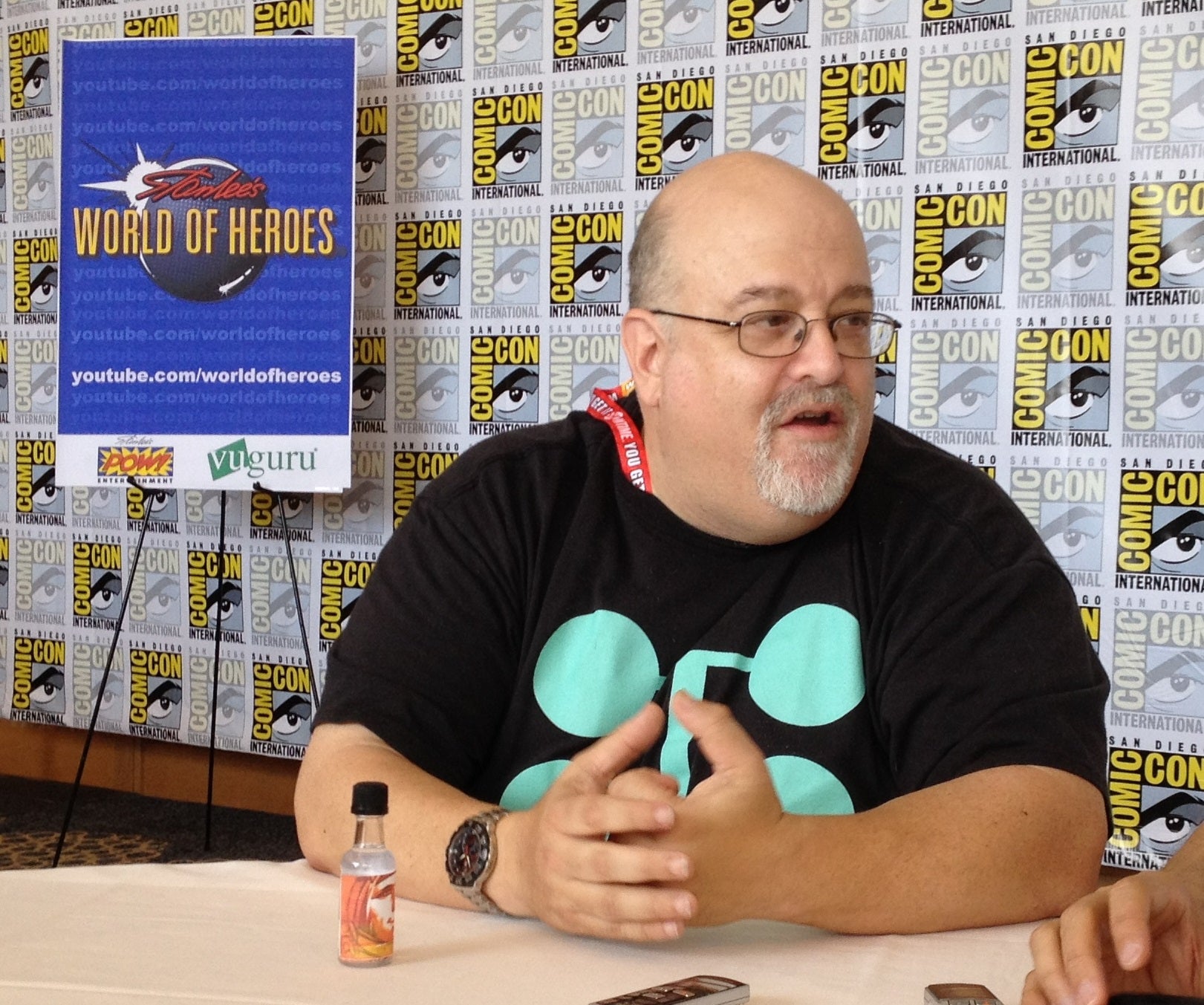 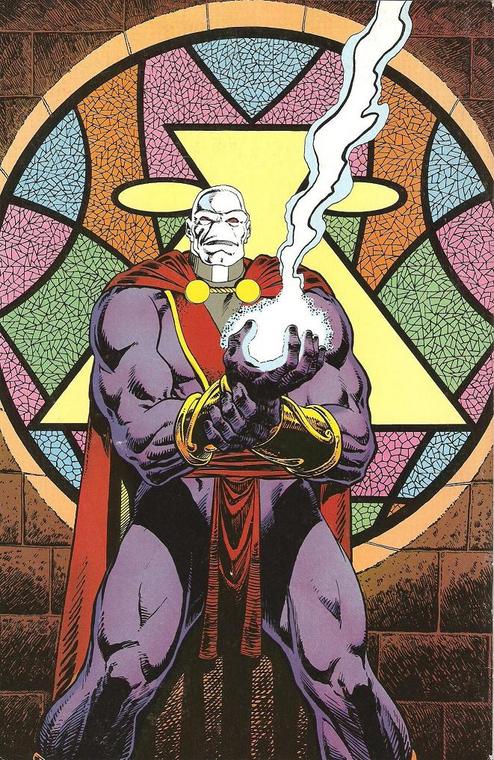 10.  Peter David.  Why: When making a list like this, it’s important to reward consistency.  Lots of writers have written a book or two that I’ve loved, or even had tremendous and long runs that are terrific (e.g. ,Dan Slott on Spider-Man).  But writers who can consistently turn in quality work are the ones who are truly the industry’s best.  And Peter David is such a writer.  I’ve often said he’s the best at writing comics that read like novels, in that they have deep character moments that matter much more than the overall plot or action sequences.  And he’s no quitter.  He wrote The Incredible Hulk for twelve years.  He wrote X-Factor longer than that.  And those books never really got stale, either, despite how long he stayed there.

9.  Ed Brubaker.  Why: He proved that noir comics could be a “thing.”  His books are some of the industry’s most literary: Criminal, Gotham Central, and Sleeper, just to name three.  And his corporate work has literally changed the course of characters like Iron Fist, Catwoman, Captain America, and Daredevil.  Without him, it seems unlikely that several of them would ever have gotten media deals.  It kills me not to put Greg Rucka on this list because I love him, too, but between them I had to go with Ed.  Ed killed Cap, after all.

8.  Jim Starlin. Why: Since I’m literally writing this book off the top of my head, it’s influenced by what I’m currently reading.  And what I’m currently reading is every appearance of Thanos.  But that doesn’t mean Jim Starlin doesn’t deserve to be on this list.  Also, the fact that he’s a tremendous artist shouldn’t take away from his merit, either.  Just look at the characters and concepts he created (or wrote so well that he might as well have created), and the rich, detailed, and highly influential “cosmic” storylines he brought forth.  Shang Chi.  Thanos.  Drax the Destroyer.  Adam Warlock.  Gamora.  Captain Mar-Vell.  The Soul Gems.  Not to mention powerful stories like Batman: The Cult, Death of the New Gods, and, of course, one of my all-time favorites, his creator-owned series Dreadstar.

7.  Roger Stern.  Why: He wrote the two comic books that formed the basis of my childhood: The Amazing Spider-Man #224-252 and The Avengers #189-279 (with some gaps).  Not to mention runs on Doctor Strange, Hulk, and Spectacular Spider-Man that I find myself returning to over and over again, even today.  Oh, and he created Hobgoblin.  So there’s that.

6.  Frank Miller.  Why: Because he took an industry that was running on fumes and, nearly single-handedly, changed its course.  You may not like the dark and violent direction comics took after Miller’s magnum opus, The Dark Knight Returns, but the effect was undeniable.  And he didn’t just change the voice of American comics, he changed what we read as well.  With Ronin, Miller proved that comic stories independent of established heroes could not just sell, but could sell in a glossier (and more expensive) format.  People love to sing the praises of Alan Moore, and there’s no denying his work on Swamp Thing and Watchmen.  But for my money, I got more re-reading mileage off of Miller’s Batman: Year One or his seminal run on Daredevil.  No, his recent stuff isn’t nearly as good—but then again, neither is Alan Moore’s.  Or Stan Lee’s, for that matter.

5.  Garth Ennis.  Why: Because of Punisher MAX, the comic book run I have re-read more than any other.  But also because of books like Crossed, Hitman, Preacher, and The Boys.  He’s extremely dark, and may be a bit of a one-note writer with his constant expositions against superheroes and his love of hardcore, extreme sex and violence, but few people can write internal dialog or plot a gritty street-level crime story better than Ennis.

4.  Stan Lee.  Why: Say what you want about how he took credit for everyone else’s work, the fact is that his name shares creation credits with just about every single Marvel character worth mentioning.  Even if he did take ownership of some ideas that weren’t his, there’s so much smoke that there had to be fire as well.  Stan is the Man. 3.  Mark Waid.  Why: Because he’s a helluva guy.  Truly.  He loves the industry enough to constantly push the boundaries, through storytelling innovations on digital platforms and new ideas in hardcopy distribution, but he also writes the hell out of everything he touches.  He wrote the best run of Flash ever, and the only one I’ve ever bothered to read all the way through.  He created Impulse and Damian Wayne.  His work on JLA is eclipsed only by Grant Morrison’s.  He wrote the first Deadpool solo series.  He rebooted and reimagined characters like Captain America, Daredevil, and Ka-Zar, at times when they desperately needed retooling.  And he’s a team player and a utility player, writing installments in important events like the X-Men’s Age of Apocalypse and Onslaught. And as for his creator-owned work, you need only go as far as Irredeemable to find pure brilliance.

2.  Grant Morrison.  Why: Batman.  Flex Mentallo.  Doom Patrol.  We3.  Joe the Barbarian.  New X-Men.  Animal Man.  All-Star Superman.  JLA.  Seven Soldiers.  Marvel Boy.  The list of A-list characters he’s made better, and the list of D-listers he’s put on the map, is endless.  True, not everything he touches is pure gold—but all of it is thoughtful, innovative, and remarkably unique.  There is no voice in comics that can tell the stories he tells.  That’s what makes him superior to excellent writers like Jonathan Hickman or Brian Michael 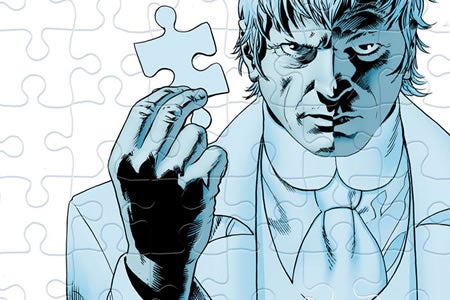 Bendis, who can tell intricate and fantastic stories but who also, at bottom, are telling conventional stories and really haven’t done anything to change the way comic stories are told.  They’re masters of the genre.  Morrison shatters it, and rebuilds it in his own image.

1.  Warren Ellis.  Why: With The Authority, Warren Ellis made a DC version of Marvel’s Ultimates that did what Marvel’s Ultimates never could: It updated the heroes in ways that not only made sense from a modern perspective, but actually changed the “mainstream” versions of the heroes themselves.  He created indelible characters charged with a rich history and backstories that were instantly more detailed, and more intimate, than the histories of Superman and Batman—who had been around for half a century.  With Planetary, Ellis broke the boundaries of science fiction to create a comic book so smart and well-researched it actually made your head hurt to read it.  You could actually learn while reading it.  And finally, with NextWAVE: Agents of Hate, Ellis proved that his voice is hands down the funniest one in comics.  Throw in genius runs on Ultimate Fantastic Four, Thor, and Iron Man (where he created the Extremis concept); a reboot of Jim Shooter’s failed New Universe idea; and brilliant creator-owned work like Global Frequency, Transmetropolitan, and Fell; and you’ve got a writer who can do it all: Humor, hardcore, mainstream—whatever he’s tasked with, he conquers.

After I made this list, I looked at the last post I did on this subject—one I’d put a lot more time and research into.  Looks like the order is a little different, but the main folks are the same.  Only differences are that in 2011’s list I included Chris Claremont, Brian Michael Bendis, Alan Moore, and J. Michael Straczynski, but today instead I put in Peter David, Jim Starlin, Mark Waid, and Frank Miller.   I can’t argue with myself about JMS or Bendis—but their works since 2011 have been significantly lesser quality than before that time, and Mark Waid’s work has been significantly better.  I think they’re probably interchangeable with Frank Miller or Peter David.  As for Chris Claremont, I think of him as a better plotter than a writer these days.  And finally, as for Alan Moore, I have to confess: When I made that list in 2011 I remember including Moore because I thought I had to.  He wrote Watchmen and Swamp Thing, for God’s sake.  But really, other than that, his work just doesn’t move me.  Give me Jim Starlin’s Death of Captain Marvel, his incredible Dreadstar stories, or his wonderful run on Silver Surfer instead.