There are so many Marvel “events” and “crises” these days that it’s hard to keep them all straight. The Uncanny Avengers is telling about the end of the world in a story I can’t understand at all. New Avengers (which his actually, finally, getting good) is telling a ridiculously complicated time-travel story that promises a complete shake up of the Marvel Universe. In six months. The X-books are all time jumbled and time jumped, to the point where time and continuity seem to have little meaning. Spider-Man is entering a whole Spider-Verse. And all of this is on the heels of the “Original Sin,” line-wide event.

It’s not that any of these are bad (well, okay, Uncanny is pretty bad), it’s just that it’s all too much. It’s impossible to keep it all straight.

The next big event will be helmed by Rick “Uncanny” Remender, and will bring the X and A teams together, and promises to “flip” villains into heroes. And the key villain in all of it will be Tony Stark.

Sound familiar? It’s because Brian Michael Bendis already did this, brilliantly, in the “Dark Reign” era.

Personally, I wish Marvel would settle down a bit and just tell good stories. Remember how great the Avengers was under Roger Stern, when it was focused on the interpersonal relationships of people like Janet Van Dyne and Hank Pym, who didn’t even have solo books? Or how great the self-contained Uncanny X-Men title was under Chris Claremont, when the threats they faced were way out in space or just involved Magneto being a dick? The level of stress and tension is so high that it has become meaningless—if everything is a global threat event, then nothing matters.

I’m not saying I hate events. I actually kind of liked Original Sin—it was small enough to be self-contained, but offered lots of screen time for relatively minor characters to meet with the holy trinity (Cap, Iron Man, Thor). I’m just saying it can’t all twist time into knots and threaten to destroy everything. And I really like The Death of Wolverine, which, again, is self-contained and feels “small” (even if it’s telling a really big story).

These are the ten most consistently good Marvel books on the market right now, and none of them are “big”:

If you buy just ten Marvel books a month, buy those. If you need a few more, I didn’t include Hawkeye or Avengers Undercover (because they are both ending in the next month)—get them in trade. Also, Captain America is pretty good. But I’m a sucker for Cap. 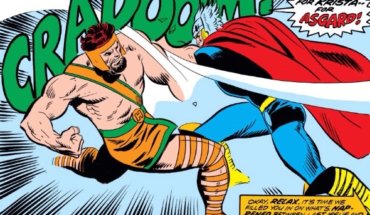 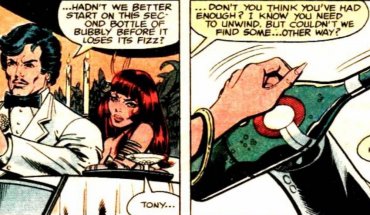