It wasn’t terrible. It was better than the last five years of Moon Knight. But it struggled for five years to find its voice. It quickly became–as did most 1990s Marvel comics–little more than an opportunity to load guest stars like Spider-Man, Punisher, Wolverine, Ghost Rider, Silver Sable, Paladin, Black Cat, Brother Voodoo, etc. This is pretty much what Marvel was about at the time: Variant covers and comics that all seemed to look the same and feel the same.

In other words, it wasn’t Chuck Dixon’s fault. Or JM DeMatteis who took over for him. But I do blame that hack Terry Kavanagh for the Moon Knight mobile…. 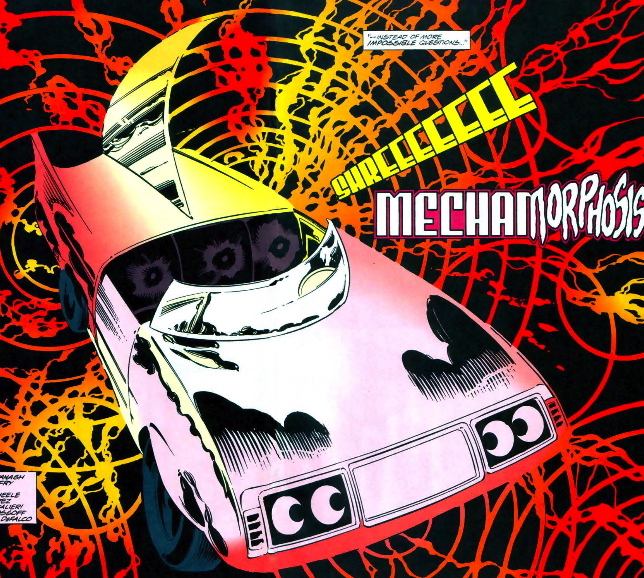 Marvel’s desperate attempts to make Moon Knight into Batman were now 100% transparent. Although you gotta love the leather seats. 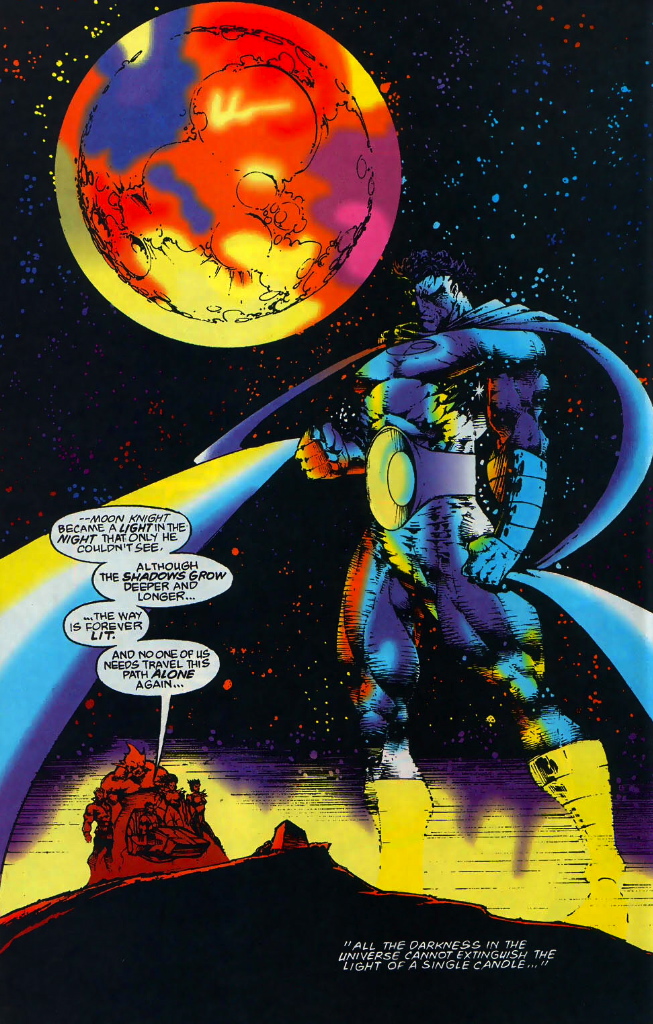 Thankfully, the book didn’t last much longer. It ended in a steaming pile of mystical mumbo jumbo that made no sense to anyone–but apparently dude died. After that, Moon Knight was rested in peace for four years before Marvel tried to revive him by giving him back to Doug Moench? Was it too late? Can anyone save our caped crusader? Tune in next time, same Moon-blog, same Moon-post tags! 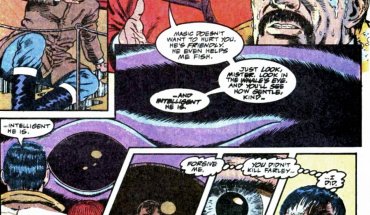