With the massive information dump (mostly from Marvel) at Chicago’s Comic Con last week, there’s tons of stuff we all need to catch up on.  I’ve organized it roughly by publisher, in short, sharp articles– so you don’t have to read too much.  Let’s do this…

Lots of news on this front.  First of all, some dude named Ray Fisher has been cast as Cyborg in the upcoming Batman/Superman movie starring Henry “boring Superman” Cavill and Ben “I ruined Daredevil” Affleck.  Second, DC has announced that Zak “my Watchmen adaptation wasn’t awful” Snyder’s third and final DC film will indeed be a Justice League movie.  I’m not saying that I have low expectations for this film, but keep in mind that it was chased away from a July 17, 2015 debut date by Ant Man.

DC is also developing movie versions of Captain “Shazam” Marvel, The Metal Men, and several Vertigo series including Sandman, 100 Bullets and Fables, but they all seem very far away from production.

Their TV roster is far more impressive, with a Batman prequel (Gotham), more seasons Arrow, its spin-off The Flash, and iZombie and Constantine, which won’t be as easily identified with DC by the mainstream public.  And it’s not clear if these shows will tie to the movie versions of Batman and, inevitably, Flash and Green Arrow.  Or if including Renee Montoya on Gotham means she won’t be The Question if they ever get around to letting Guillermo Del Toro do that Dark Justice League movie he keeps talking about (and which would be the only DC project I’d jump and down about in excitement).

As usual, DC is a mess.  They have great properties and no vision.

Say what you want about Mark Millar as a writer (in my book, he’s half genius, half hack), but you can’t deny his ability as a marketer.  His newest comic, “MPH,” which just launched on May 21, was optioned for film before it was published.  This, in addition to ongoing deals for Superior, a sequel to Wanted, another Kick-Ass movie, and an adaptation of The Secret Service to be directed by Matthew Vaughn.

Marvel calls it the “Marvel Cinematic Universe,” but come on.  Marvel makes movies, not cinema.  Damn fine movies, though.  And they proved it by having the highest grossing April release of all time—Captain America: Winter Soldier pulled in $225 million last month in US sales alone.

Also, Stan Lee will appear in Guardians of the Galaxy.  Yay!  For all the grief people give him as a corporate shill who did nothing but steal from Jack Kirby, I have to say: He’s done a lot for the industry and deserves all the accolades he gets.  Kirby does, too.  It’s not a zero-sum game.

Not a typo.  Xbox Entertainment Studio, which is owned by Microsoft, is will produce a live-action miniseries based on Chuck Dixon and Jorge Zaffino’s IDW comic book Winterworld.  Dixon is known for muscular writing and good plots—so it makes perfect sense to me.  I haven’t read the book (I tend to avoid IDW titles), but I hear it takes place in the future and is about survivors fighting to survive an ice age.

X-Box will also be adopting Gun Machine, a novel by one of the greatest comic book writers of all time, Warren Ellis.

Yeah, they were responsible for the glorious crap that was Sharknado.  But they also did Battlestar Galactica, one of the best Science Fiction shows of all time.  So let’s hold out hope that their planned adaptation of Frank Miller’s Ronin series goes well.  I loved that book.  See why here.

AND LAST BUT NOT LEAST, THE CHEWVERSE: The movie fell through.  The Showtime live-action show is deader than the people Tony Chu eats.  But the cartoon?  It’s well underway, with voicework by Steven “Walking Dead” Yeun and Felica Day. 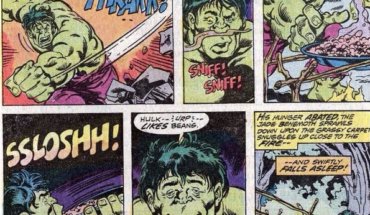 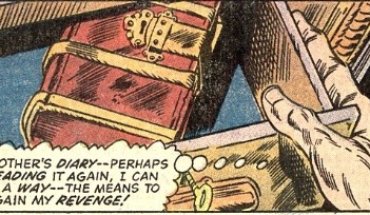