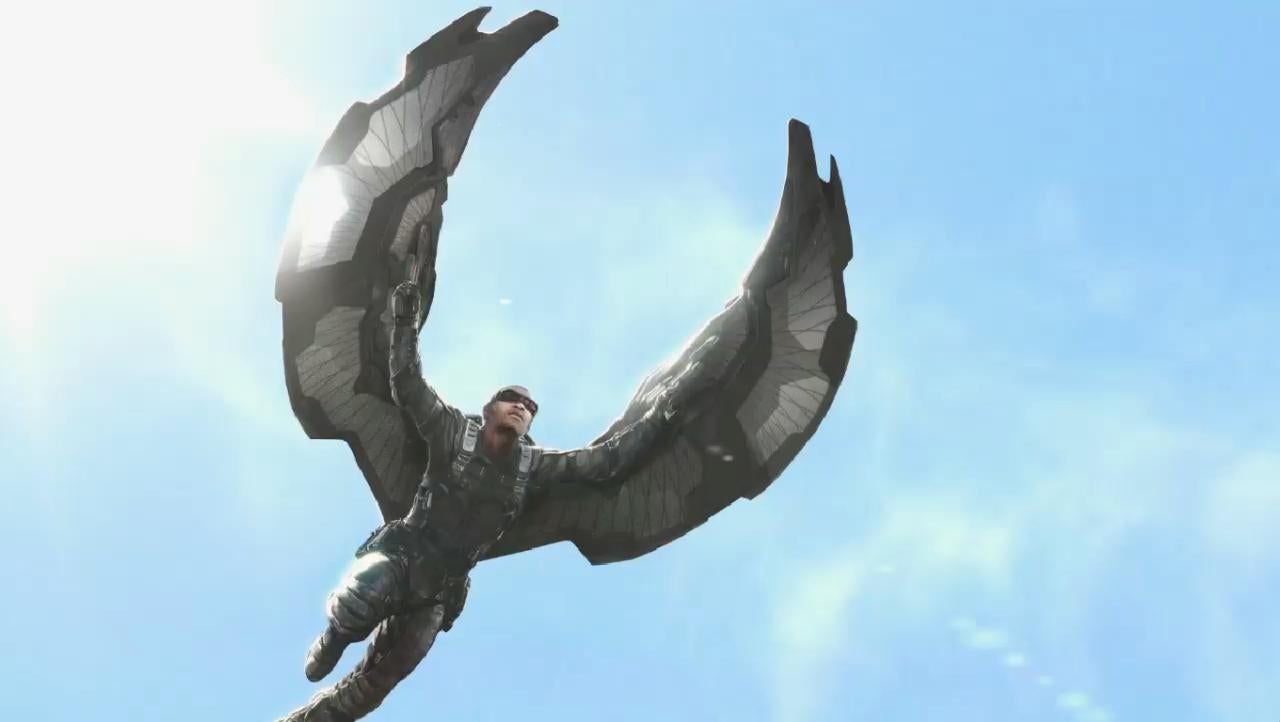 And as far as actual comic book movies go, it was the best. Now I don’t mean it was the best superhero movie of all time (I’d put X2 or Spider-Man 2 in that place). It wasn’t even the best Marvel Studios film. (I’d rank Captain America: First Avenger and The Avengers higher.) But it was a fantastic example of comic-book-as-movie. More on that later.

In short, I loved the film. But unlike the first Cap film, and unlike Avengers and both Thors and all three Iron Mans, it wasn’t a “fun” movie.

I don’t mean it wasn’t fun to watch, and I certainly don’t mean it was without humor. The opening shots of the hero jogging around the Washington, DC, monuments are light and funny and a perfect introduction to the tone of the film: Steve Rogers is a part of the world now, but he’s also part of the past. He is a piece of living history. And, frankly, his films are as well: In a time when America is more cynical than ever, and when our government is failing us more often—and more obviously—than even before, Captain America still has meaning. Not just as a popcorn hero like 007 or Thor, but as an icon. When I say it isn’t a “fun” movie, I mean it’s serious. And dark. The Iron Man movies are all about Robert Downey, Jr. They are completely narcissistic (and in fact that is the main storyline in the third film). The Thor movies tried to be big and epic, but by necessity they are also other-worldly. The Avengers was terrific, but it was a smash-em-up. Ditto the most recent Hulk (which as a matter of the Marvel U I don’t think is part of the major storyline). I liked Ang Lee’s Hulk film, and it’s clearly not canon, but it was dark in an introspective, almost horror kind of way. Captain America confronts head on the cynicism the world feels about America as a superpower, the role of superpowered governments, and the role of superheroes within them. It’s serious. It’s a challenging theme. And it’s one we really haven’t seen before in the world of comic book movies. The closest we came to this was the last Batman movie, where evil was able to take over a city and hold it hostage. But there, the enemy was clearly terror: Batman worked with the Gotham police department to free the city. Big government swooped in to support him, and the day was saved. That is the exact opposite of Winter Soldier, which ends with the dismantling of the largest and most ambitious government project of all time.

You might argue that the X-Men movies explore this theme, but they don’t. The center of the X-verse is racism, not government control. Sure, there are shades of the 1950s Communist witch hunts and direct references to Nazi Germany, but those mostly serve as reminders of the depths of where human prejudice can take us as a people. Captain America: Winter Soldier is not interested in exposing human ignorance or frailty. It is purely about how societies protect themselves from insurgence, and how governments—no matter how well-meaning—eventually serve to self-perpetuate such that, given a choice between the right thing for their people and eliminating threats to continued dominance, the governing body will opt for power over justice every time. It’s the perfect story to form around an idealist who gave up his body and his life to become his country’s greatest experiment.

So when I say the movie isn’t “fun,” I guess I mean it isn’t “light.” People certainly liked it. At my theater, there were lots of cheers and shouts. As of this writing, it’s got a 95% audience rating on Rotten Tomatoes, and a 89% positive response from critics. And it’s box office ($96 million domestic) was the biggest April opening of all time, taking in $30m more than the first Cap film. In just a week, it’s earned $303 million—the first one made $370m during its entire run.

So there will be more Cap movies, for sure.

As a technical film, Cap is terrific. There are several challenges here (the quick flying Falcon being one of them), but they all work well and the choreography of the fight scenes is especially worth noting. Each character has their own fighting style, and each fight matters. It’s almost like an old kung fu movie in that respect. Whether it’s Batroc’s leg-boxing, Black Widow’s nimble leaps and swift kicks, Cap’s shield bouncing all over the place, or Winter Soldier’s deliberate and economical (almost Batman-like) approach to combat, it’s all filmed incredibly well. Better than any other superhero movie to date, in fact.

The movie also works because of the people around Steve Rogers. First, we have two relics of the cold war who can’t stop fighting. Nick Fury, who fights using his brain and his influence, and Black Widow who fights purely on instinct. It’s not that she’s dumb, it’s just that, as Fury says, she doesn’t ask any questions. Then, there’s Sam Wilson. The Falcon. Not only is he played brilliantly, but he represents our most recent war (he’s a veteran of Operation: Desert Storm) and he fights using new, almost “Iron Man like” technology. He’s willing to fight, but only for something he believes in. He is the bridge between Fury’s hardened world view and Captain America’s constant (almost to a fault) desire to believe in the good of Americans.

A brief paragraph about the perfect casting: Anthony Mackie as Falcon is brilliant. He totally gets that he’s a side character, but he imbues his character with enough importance that we easily could see him carrying a movie all on his own. I’ve never been a fan of Black Widow’s casting before, but with this film, I finally got it. She’s sexy and she knows it, but she’s not stupid about it. She uses her beauty as a tool, but it’s hardly her only tool—it’s not even her most impressive one. Samuel L. Jackson keeps the scenery chewing to a minimum and as such is able to carry his role with heft. He gets an extended solo scene in a car chase, and it’s easily the best car chase I’ve seen in years. It should be hailed as the standard-bearer for this cinematic trope. And yes, that means I’m looking at you, Fast and the Furious 7.

The only weak link in the cast is the wooden Robert Redford, who seems to be miserable every minute he’s on screen. And at the same time, his character the weak link of the story. Super hero movies need a big bad, and a government executive simply isn’t it. Winter Soldier isn’t the bad guy in this movie, he’s just a victim. Captain America can’t beat him too badly, and we can’t even root for Cap to punch his face in because we know he’s a good man who has been tortured and brainwashed. Not to mention the fact that the big finale is a little too much like the big Helicarrier fight scene in Avengers. The big flaw in Captain America: The Winter Soldier is in the third act. More precisely, there isn’t a third act.

There’s no resolution at the end. It’s clear this film is an installment, not a stand-alone film. A piece of the story of Winter Soldier. It’s a development and progression in the character of Captain America. But it’s just a piece. And thus, when the final credits roll, it doesn’t feel like the movie is over. This is accentuated by the after-credits scene. Like all the Marvel Studios films before it, the scene looks ahead to the next storyline, but instead of looking forward at Avengers 2 or Guardians of the Galaxy, it looks directly at Captain America 3. And that’s too far off. In the end, this movie feels like the middle of a trilogy.

But perhaps therein lies the brilliance. After all, comic books are serialized adventures designed to lead you from issue to issue. Perhaps Captain America: Winter Soldier is the best comic book movie of all time because it is, in fact, a comic book? 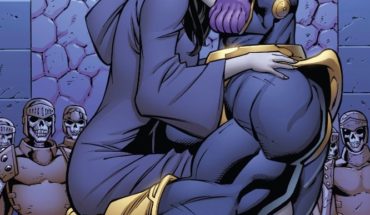 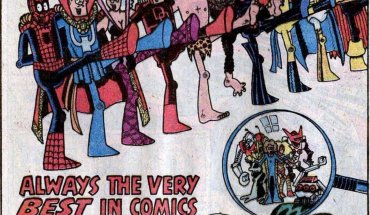 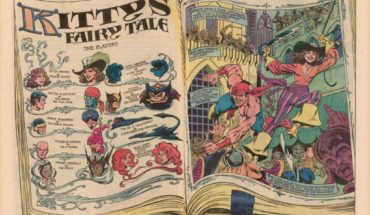