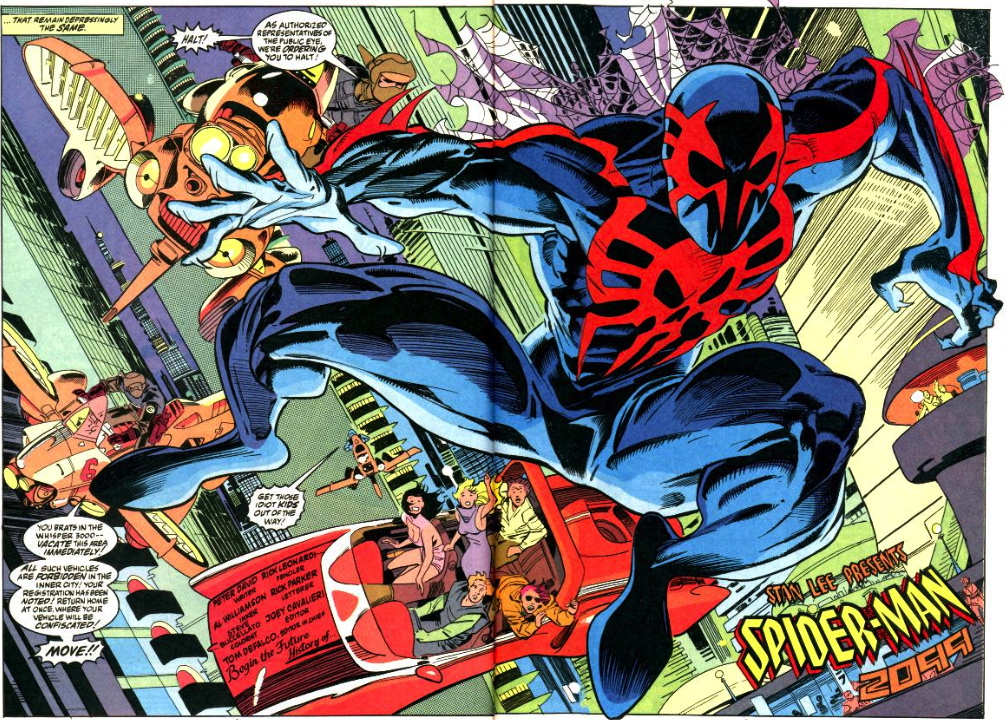 Not all good ideas go bad.  And not all bad ideas end up going good.

In the 1990s, Marvel was failing.  Flailing, actually.  It was owned by the head of Revlon, who didn’t are about comics and cared even less about the creators.  The most popular in the industry left to form Image, Valiant, and other independent companies, while stalwart mainstays like Chris Claremont found themselves relegated from lofty, powerful positions to mere freelancers.  In an effort to put Spider-Man, Ghost Rider, and Punisher in more comics, Marvel launched the 2099 line.

And it was actually pretty good.

Or, at least half of it was.

The line debuted with four titles.  Spider-Man 2099 was given to Peter David and Rick Leonardi, a Spider-Man A-team.  David was famous for killing Jean DeWolff, and Leonardi illustrated the main Amazing Spider-Man title for years.  It was a good launch, and a good comic.

The book starts with Miguel O’Hara working and designing products for a big corporation, Alchemax, run by a vaguely evil-ish old white dude.  As a result of the company’s research, Miguel gets his powers.  Sound familiar?  That’s because both Ultimate Spider-Man and The Amazing Spider-Man movie borrowed heavily from this narrative.  And even more interesting: Marvel launched its 2099 with Spider-Man, and also launched its Ultimates line with Spider-Man.

Peter David does a great job at creating a distinct universe, one that isn’t full of cyphers of folks who surround Peter Parker in the 616, but he also pays appropriate homage through the character of Lyla, O’Hara’s constant computer-hologram companion… 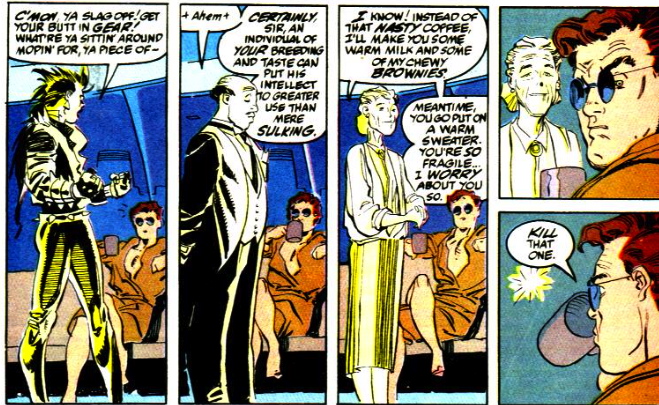 Yes.  We’re off to a good start.  1 for 1.  Then came Ravager, written by Stan Lee, and nothing (nothing!) could make me read that.  You should also avoid it.

As part of my irregular “evolution of the Punisher” series, I always intended to read at least a few issues of Punisher 2099.  It’s really the only major take on the character that I haven’t looked at yet.  But, while I was at it, I thought about Spider-Man 2099—a well-reviewed book by one of my favorite authors, but one I’ve never read, or even really thought about reading.

Spider-Man 2099 was a crisp, fast-paced romp—much like the tone of Ultimate Spider-Man, which introduced the Ultimate line of books a decade later.  Doom and Punisher are quite different, and each in their own way are great examples of how to reimagine a major character.

Doom 2099 in many ways was the most interesting.  Unlike the other books, this title actually stars the “real” Doctor Doom, who is time displaced and arrives in 2099 Latveria confused and angered by what has happened to his country.  In this way, writer John Francis Moore turns Victor Von Doom into a future version of Captain America: A man out of time, a symbol of what his country once was, and a champion of the values of the past.

It even turns him from a megalomaniac into a protector: 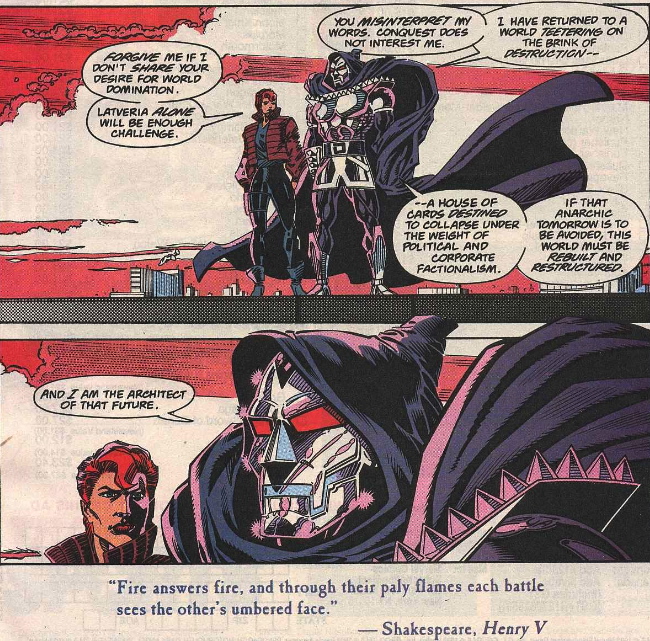 Doom 2099 stands in stark contrast to Punisher 2099.  The latter is extremely similar to the Punisher of the 616, even down the ominous character name (Jake Gallows).  But where Doom is a time traveler, Gallows finds the original Punisher’s War Journals, and uses them to create his own vigilante identity and avenge wrongs done to his loved ones.  The similarity of storyline and character should not dissuade you from reading the book, however: Punisher 2099 is, based on the first half-dozen issues I’ve read so far, one of the best Punisher stories ever. 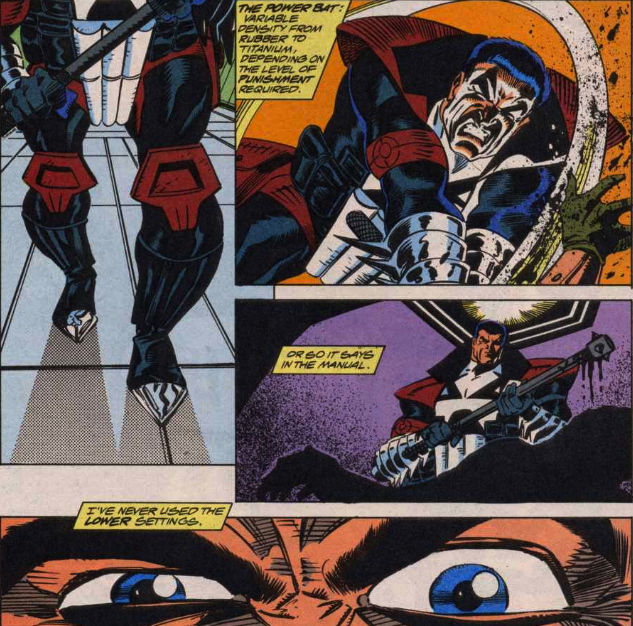 The author, Pat Mills, came to Marvel from writing Judge Dredd—a horrendously violent antiauthoritarian book about a lawman who serves as judge, jury, and executioner.  Similarly, Punisher 2099 is a police officer who wears the white skull shirt on his off time.  The writing, as you can see above, is gritty and tough—and very well done.  But it’s flourishes that make this book so neat: Punisher has his own prison in the basement, and a gallows–how is it the 616 Punisher never did that? 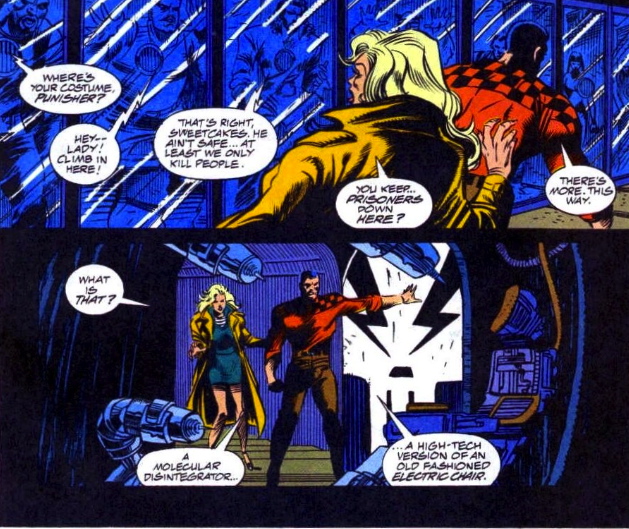 Other interesting aspects of this new universe: The people of the 2099 worship Thor (who hasn’t appeared on Earth in years) as the one true God–a stark contrast to the need for vigilante justice.  And Hulk is truly bestial.

The launch was successful enough that X-books followed, as well as a Ghost Rider who was basically the same as every other Ghost Rider: He looked cool, but his comic sucked. 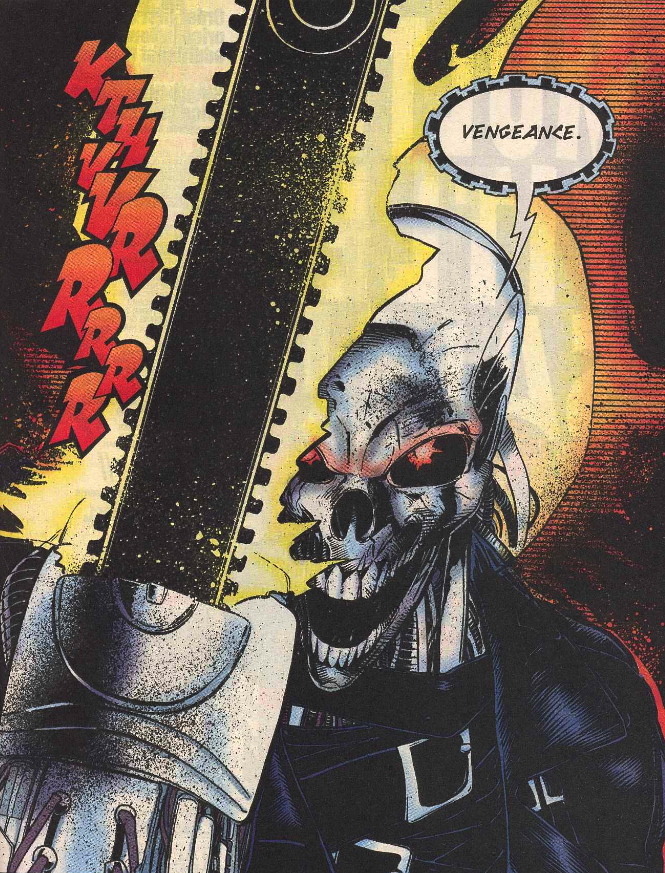 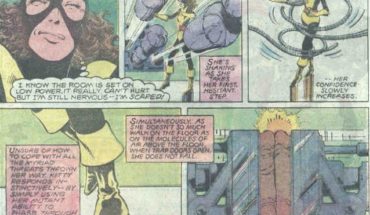 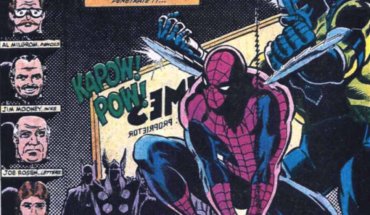 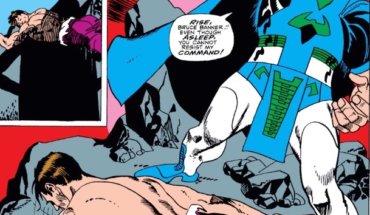