In opening news: Joss Whedon continues to not fail.  Agents of S.H.I.E.L.D. pulled in 12 million viewers and handily won the coveted 18-49 demographic, and crushing both The Voice and NCIS.  To cash in, ABC has launched a companion series on its web site called “Declassified.”  I haven’t watched it yet, but it will be a talk-soup kind of thing: Comedian Brett Ehrlich will talk about backstory and characters, offer recaps, and introduce featurettes.

I don’t tend to watch web shows, but I’ll check this one out. X-FACTOR BY PETER DAVID: THE COMPLETE COLLECTION VOL. 1.  Now that Peter David’s X-Factor is over, Marvel plans on collecting the entire run in a series of paperbacks with a terrific price tag: $35 for twenty issues.  They’re starting with the 2006 Madrox miniseries, which was absolutely brilliant, and then moving on to the 2006 relaunch—which means they’re skipping over the several years of Peter David work on X-Factor Volume One.  Which is just as well—I didn’t care for that stuff nearly as much.  It really became his own title in 2006, with a style and continuity that could stand apart from the rest of the overly interconnected Marvel Mutantverse.  Featuring great art by the likes of Pablo Raimondi, Ariel Olivette, Ryan Sook, and others.

YOUNG AVENGERS SEASON FINALE.  Young Avengers is fast becoming one my favorite Marvel books.  It’s storytelling is innovative, the art is spectacular, and the balance between action and character development is perfect.  It looks like now is the perfect jumping on point, as issue #13 begins a two-part story told from the points of view of each major character, with each p.o.v. drawn by a different artist.  And what a crew: Annie Wu, Emma Vieceli, Christian Ward, Becky Cloonan, Joe Quinones, and Ming Doyle.  This seems like a concept that is so ideal for comics—different artists tell the same story from a different point of view—that I can’t believe it hasn’t been done before.

WALKING DEAD SPIN OFF.  AMC is having so much success with the comic book tv show that they’re launching a second series in 2015 that will take place in the same “universe” but won’t be based at all on the comic.  I wonder if there will be a comic based on the new tv show?

THE FLASH IS CAST.  The CW’s Flash TV show will star Grant “Glee” Gustin.  It will spin off from a few episodes of Arrow, and all three issues will give Geoff Johns writing credits.

AND SPEAKING OF FLASH.  I don’t read DC.  Right now, there’s just nothing over there that interests me.  But Christos Gage will be writing a one-and-done Flash story with art by Neil “Welcome to Tranquility” Googe (issue #26), which I find tempting…Gage is a terrific writer.

UNTHINKABLE TV SHOW.  Boom! Studios is doing a tremendous job getting Hollywood to look at its properties.  The latest is Mark Sable and Julian Totino Tedesco’s “Unthinkable” miniseries, being developed for Fox by the former showrunner for 24.2 Guns has been a financial success (plus, I liked it!) and Day Men is being developed for a movie.

AGENT CARTER’S TV SHOW.  Marvel’s SHEILD TV show hasn’t even had a chance to be slammed by fans for not being true enough to the comic yet, and they’re already talking about another show—for Hayley Atwell’s character, who was featured in a “one shot” short on the Iron Man 3 DVD.  Look, I’m all for it, but why in Hell can’t there be a Shang Chi, or Runaways, or Luke Cage show.  Something not just featuring a person of color, but also something less tied to the movies. SKYMAN.  I likes me some Joshua Hale Fialkov.  I know a lot of folks have not heard of him, but he’s the Harvey Award nominated writer behind Elk’s Ru7n, Tumor, and the recent DC series I, Vampire that was better than just about everything else DC was producing at the time.  Dark Horse will be publishing his latest work, part of the Captain Midnight/Brain Boy universe of heroes, starting January 15.

SPIDER-MAN HALLOWEEN SPECIAL.  The TV show of “Ultimate Spider-Man” is pretty good.  It’s kid-friendly but it has enough in-jokes to satisfy Marvel Dads.  But everyone needs to watch it on October 5, when it goes for a full hour and features Marvel’s monsters: Blade, Werewolf by Night, The Living Mummy, Frankenstein’s Monster and Man-Thing.  Yes, Man Thing.  October 5, 9 p.m. EST, Disney Channel.

WHAT TO GET ME FOR CHRISTMAS.  Or Hannukah.  Or Kwanzaa.  Or Thanksgiving.  Or just get this for me: Gerhard, the guy who provided most of the backgrounds and details on Dave Sim’s Cerebus comic is selling limited edition prints.  His work is beautiful.  I want the one of the day room.  You can see it all here, and the prices are very fair:  Gerhard’s Web Store.

GOTHAM…BUT NOT GOTHAM CENTRAL.  Fox is developing a TV show based on the early years of Jim Gordon, but it won’t be based on Ed Brubaker, Greg Rucka and Michael Lark’s masterpiece of noir superhero(ish) comics Gotham Central.  Instead, they’re doing something completely different for reasons I can’t begin to fathom.  I guess they’re determined to reinvent something that is already perfect.

DC DOES SIX THINGS RIGHT.  Corey Blake, who writes for one of my preferred blogsites, managed to list “Six things DC Comics is doing right.”  He listed Vertigo and Mad Magazine, two things that the publisher does right by leaving them alone to the real experts, so I’m not sure they count.  I’m with him on DC’s Digital comics—they’re better than any paper comic DC puts out—but he also lists some “bright spots in the new 52” that, in my view, are too dim to be labeled bright…Check it out here, though, it’s a nice article. 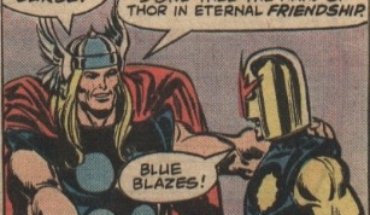 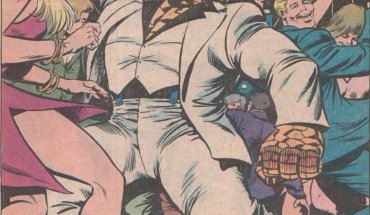 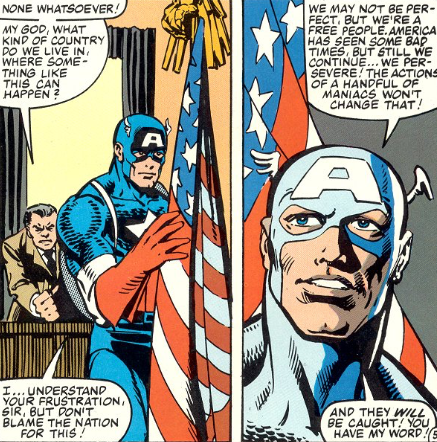